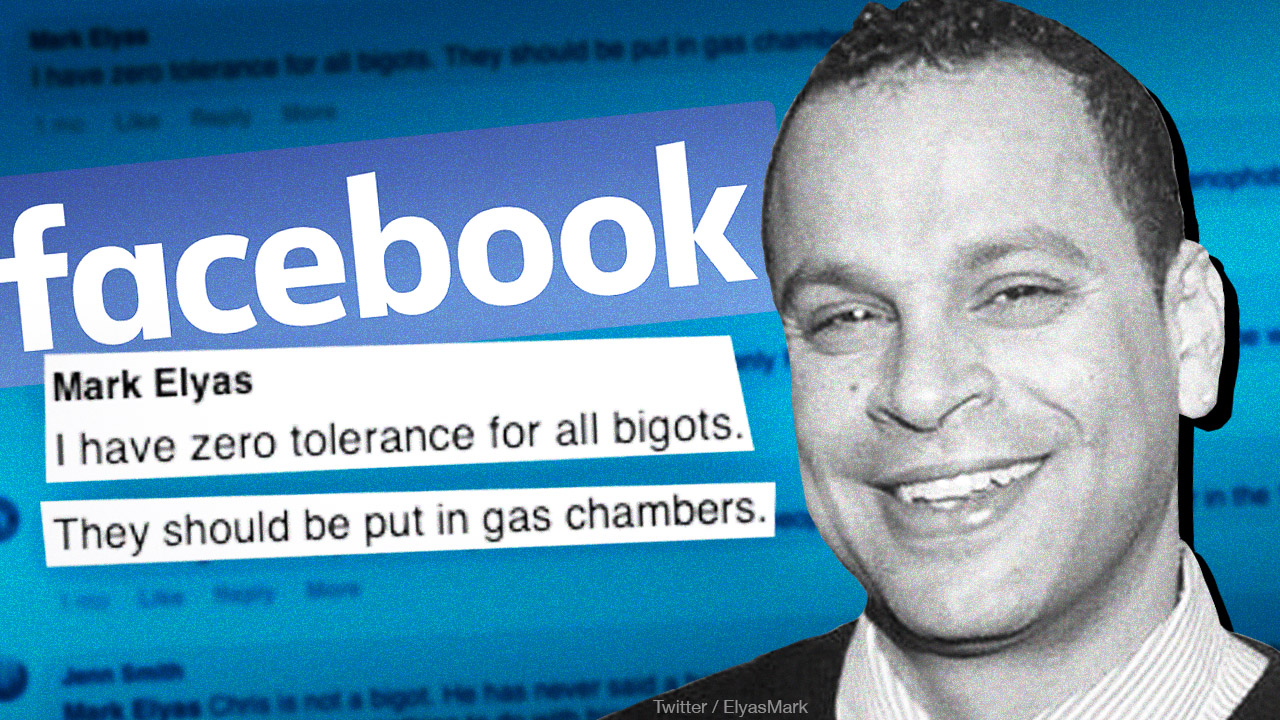 The woman, who has asked to not be named out of concern for her safety, says Mark Elyas, who has been President of the Federal Liberal Association in Vancouver East, threatened her friends, and all Canadians who disagreed with transgender ideology being taught in schools, with “gas chambers.”

On April 3, 2020, Vancouver parent Christian Michael McCay posted a link to an article from the Campbell River Mirror on the controversial Sexual Orientation and Gender Identity [SOGI] program that has ignited debate amongst parents and teachers in British Columbia. McCay was alerting his Facebook friends to the article, which raised concerns about parents being silenced at school board meetings for voicing opposition to the program.

Mark Elyas, whose LinkedIn lists him as having been with the Liberal Party of Canada for 14 years, began responding to McCay’s Facebook post, saying that McCay, and any other parent who had concerns about young children being taught the contents of the SOGI program, were “bigots” who “should be locked up in prison for many years.”

“I feel sorry for your kids. They may grow up to be bigots like you, and they may be filled with so much hate that they may even kill someone.”

Elyas’ rant continued in response to other commenters on McCay’s post. To one parent expressing relief their child was not currently at school and able to avoid the SOGI lesson plans:

“I have zero tolerance for all bigots, they should be put in gas chambers.” He again wrote to the same parent, “the world needs to be cleansed from racists, homophobes, transphobes, xenophobes, and misogynists. I say we put you all in gas chambers.”

Elyas’ comments were becoming so distressing that prominent transgender activist Jenn Smith entered the conversation in an attempt to defend the original poster from Elyas’ attacks.

“Chris is not a bigot. He has never said a bad thing about me. He just doesn’t want his children indoctrinated or transformed into the opposite gender. There are good, logical reasons for that that have nothing to do with bigotry.”

Speaking to Rebel News, Chris Michael McCay said he had “not a clue” who Elyas was when the interactions occurred. He immediately blocked Elyas when he saw the offensive vitriol left under his post, which has prevented Elyas from deleting any of the comments. Friends alerted him to Elyas’ position in the Liberal Party.

McCay told Rebel News ,“I am not against transgender [people] in any way” adding that he was supported teachers who were concerned about the age-appropriateness of some of the material included in the SOGI program. “I am extremely concerned with how School Boards are not willing to openly converse or give transparency to the resources and policies suggested.”

Like the source who came forward with the story, McCay expressed some concern for his safety due to Elyas’ position and distressing behavior.

This is not the first time Mark Elyas has courted controversy. Earlier this month, he allegedly called for those breaking coronavirus lockdown orders to be “shot on sight,” a claim the Vancouver East Liberals have denied, questioning the authenticity of the Facebook post.

The Vancouver East Liberal Association did not respond to inquiries for clarification on Mark Elyas’ current status of employment. Elyas’ LinkedIn currently lists him as presently being employed as the “Past President / Election Readiness Chair,” with his post as President having ended in November 2013 after four years of service, and the new position beginning that same month to the present date.