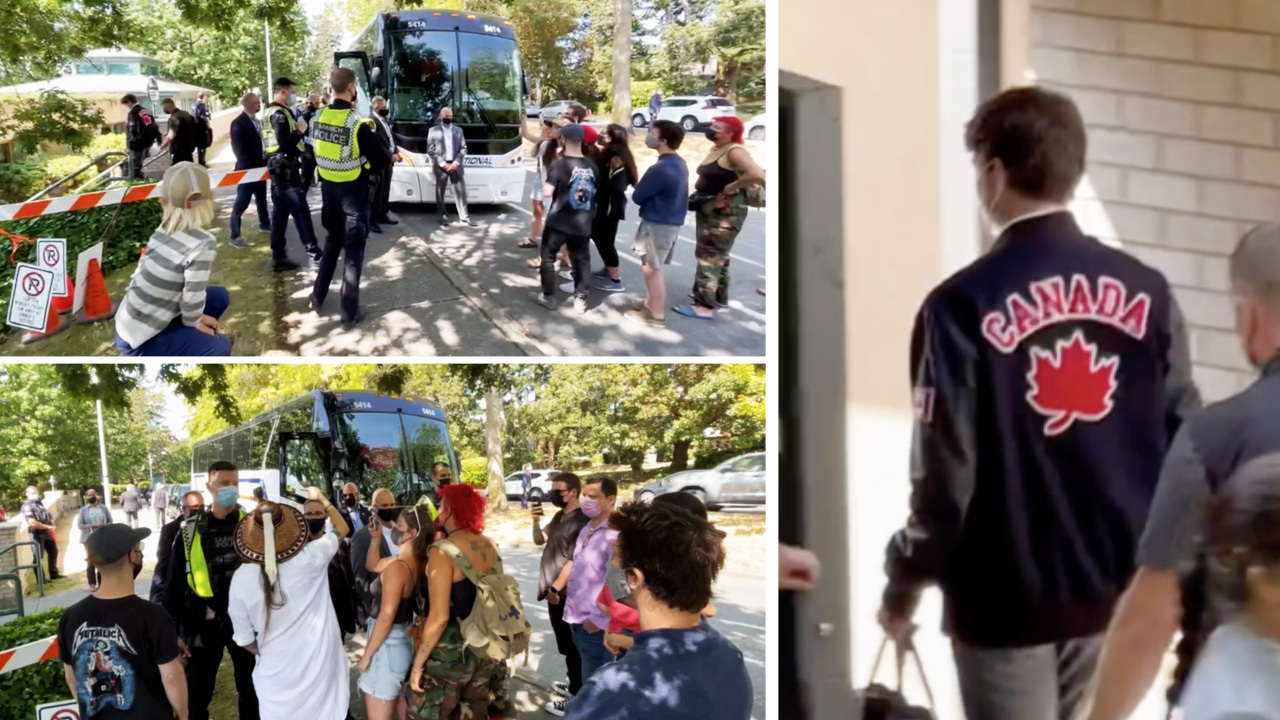 After wrapping up an event on Vancouver Island in the Greater Victoria area, the prime minister boarded his tour bus, only to have a group of indigenous-rights protesters gather in front of it. The group prevented the bus from leaving, jeering the prime minister for his lack of compassion toward Canada's First Nations community.

Prime Minister Justin Trudeau had his bus blocked by indigenous rights protesters on Vancouver Island. After blocking his bus for about 35 minutes, the PM was evacuated from the bus by security. Full story coming soon, help support our election coverage at https://t.co/fdkjuK9jBt pic.twitter.com/i009f8mguu

One protester shouted that Trudeau and the police surrounding him were “illegitimate,” with another accusing the prime minister of being on “stolen land.” The prime minister waited on the bus for around a half an hour before returning back indoors while security sorted out the incident.

According to Rebel News' Chief Videographer Mocha Bezirgan, environmentalist and anti-lockdown protesters were also present at the event, voicing their displeasure with the prime minister. Earlier, Trudeau had announced a campaign promise that his Liberal Party, if re-elected, would invest $9 billion into long-term care.

Canada's election is set to be held on September 20.

Rebel News reporters can make this election better, promoting ideas that no-one else in the mainstream media or even the main parties want to talk about. If that’s important, please help fund our coverage at RealReporters.com.