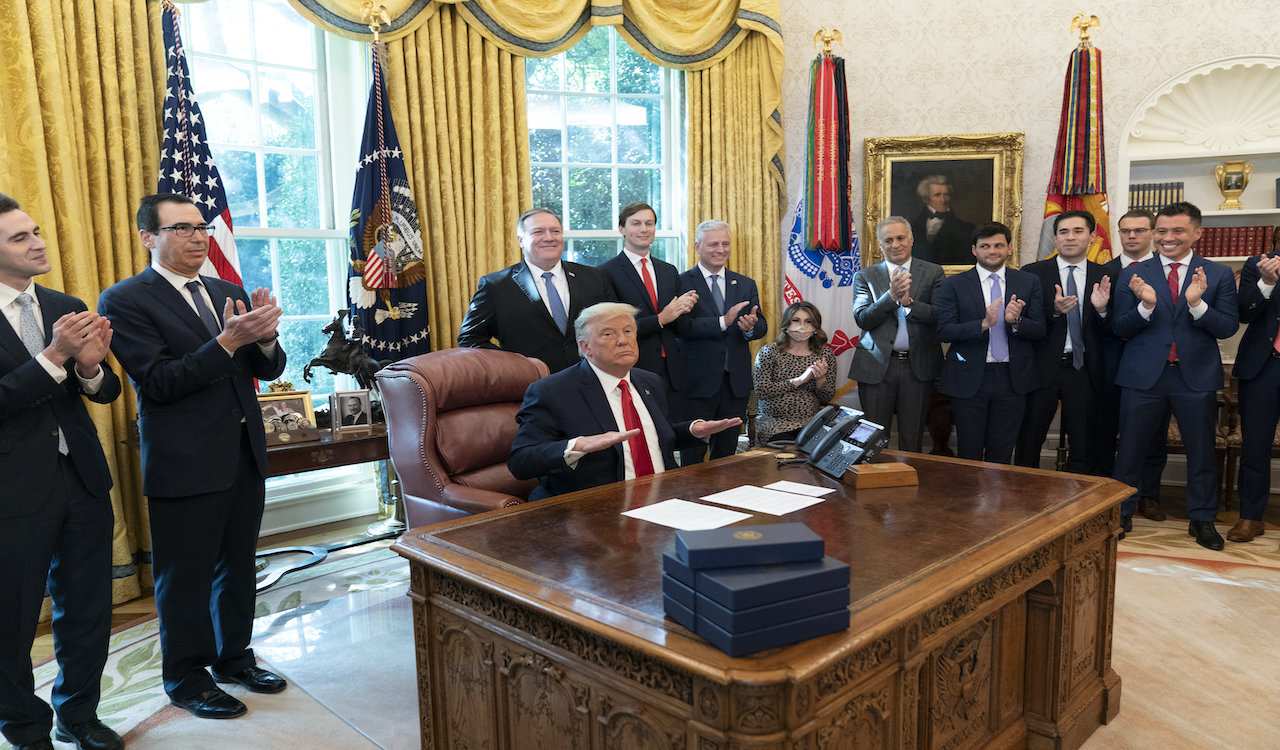 Another Middle East peace agreement has been brokered in a deal announced to assembled media at the Oval Office. Israel and Sudan are set to normalise relations -- just weeks after Israel and the United Arab Emirates, as well as Israel and Bahrain, signed similar agreements.

“It is a new world,” Netanyahu replied over the phone to Trump, before adding, “we are cooperating with everyone. Building a better future for all of us.”

The peace deal marks the third agreement negotiated by Trump between the Jewish state and Muslim nations of the Middle East, with Sudan now set to join the United Arab Emirates and Bahrain in working alongside Israel.

The deal would strengthen ties between Sudan and the West as a whole, and follows Trump's conditional agreement that saw the North African country removed from the list of state sponsors of terrorism, so long as Sudan paid compensation to American's victimised by terrorist attacks.

The peace negotiations aren't yet completed according to Trump, with the U.S. president insisting that more countries would soon follow. Trump suggested a deal between the Israelis and Palestinians may be on the horizon as well, even going so far as to assert that Iran would someday come into similar arrangements.

“Iran ultimately will become a member of this whole thing. Look, someday I'd love to help Iran get back on track. They've gone from a rich country to a poor country in three years,” Trump told reporters.