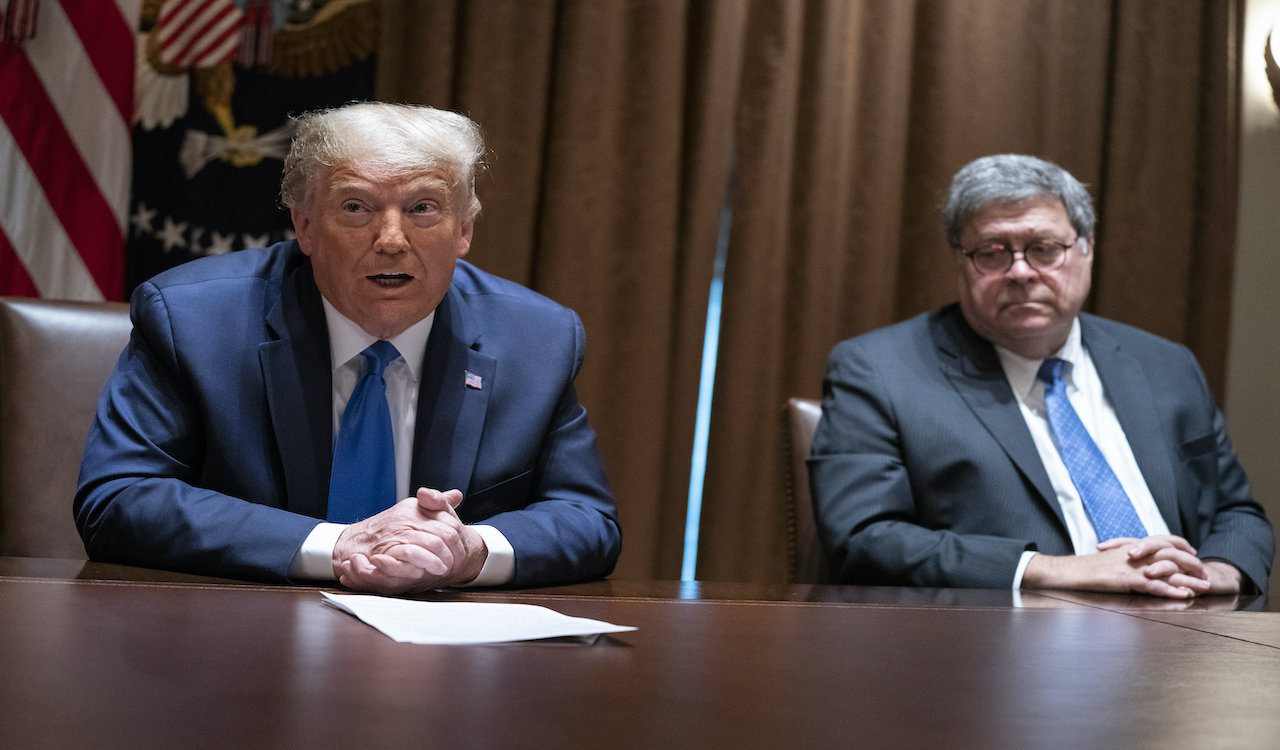 On Sunday morning during a Fox News interview with Maria Bartiromo, President Trump stated that he is open to appointing a special counsel to investigate the origins of the FBI’s 2016 counterintelligence investigation into the Trump campaign, which fell short of making actual convictions – entangling the country into several years of televised hearings

“Look, this whole thing is a terrible situation. This should have never been allowed to happen. And, you know, it’s an embarrassment to our country. All over the world, they’re talking about it,” Trump added. “And, yes, I would consider a special prosecutor, because, you know, this is not a counsel. It sounds so nice. I went through three years of a special counsel, prosecutor. I call prosecutor because it’s a much more accurate term.”

“They spent $48 million, Weissmann and all Trump haters,” Trump continued. “They spent $48 million. That was the Mueller investigation. They went through taxes. They went through everything. For $48 million, you look at everything. And they found no collusion, no nothing. They found nothing, after friends of mine said, you must be the cleanest guy in the world, because nobody could have gone through an examination like that. And then they announced we have no collusion. There was none.”

Listing off his administration’s accomplishments later in the interview, Trump also added “as much as I have done, I could have done more, except that I was under investigation for almost the entire – from the day I came down the escalator.”

The Trump Administration and allies hoped that the Durham investigation would drop a bombshell right before the 2020 election, but Durham’s team reportedly expanded their investigation based on new findings, eliminating the possibility of the results being released prior to the election.

Two months prior to the news that Durham would not be releasing a report before the election, Attorney General William Barr told Fox News that “significant developments” would be coming out from the investigation before the election.

Democrats urged Barr during a House hearing in July to commit to refraining from releasing any results from the investigation before it has been concluded. Barr expressed that he had no intentions of complying.