Trump: 'Never bet against me' 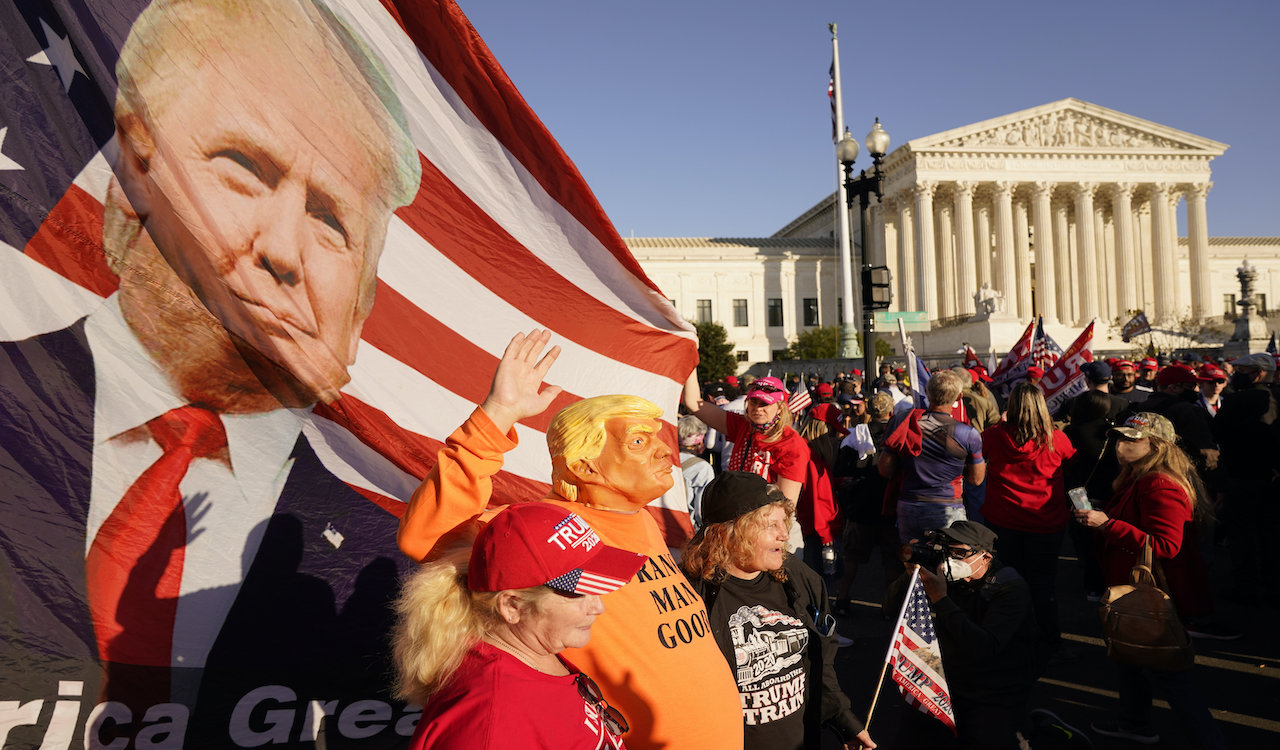 On Thursday, President Trump made his first comments to the press following the 2020 US presidential election, stating: “Never bet against me.”

Speaking to the Washington Examiner, Trump expressed optimism about his prospects to retain the White House and laid out a scenario in which he pulls out wins in key swing states to obtain the necessary votes to win the Electoral College.

“Georgia, we're going to win, because now, we're down to about 10,000, 11,000 votes, and we have hand-counting," he continued, in reference to a call by Georgia's Secretary of State do perform a full audit on the ballot count. "Hand-counting is the best. To do a spin of the machine doesn't mean anything. You pick up 10 votes. But when you hand-count – I think we're going to win Georgia."

“They wouldn't let our poll watchers and observers watch or observe,” he said of the ballot counting process in Pennsylvania. “That's a big thing. They should throw those votes out that went through during those periods of time when [Trump observers] weren't there. We went to court, and the judge ordered [the observers] back, but that was after two days, and millions of votes could have gone through. Millions. And we're down 50,000.”

Trump’s key to success could depend on Michigan and Pennsylvania, where he is currently trailing by 145,000 votes and 60,000 votes, respectively.

The President admitted to the Washington Examiner that he considered defeat, but changed his mind following the surfacing of evidence in support of his claims that the election may have been stolen.

“I'm a guy who realizes – five days ago, I thought, 'Maybe,'” he said. “But, now I see evidence, and we have hundreds of affidavits,” he said, referring to testimony in lawsuits filed by his campaign.

The Washington Examiner states that Trump thinks he’ll be able to turn the situation around within two to three weeks.