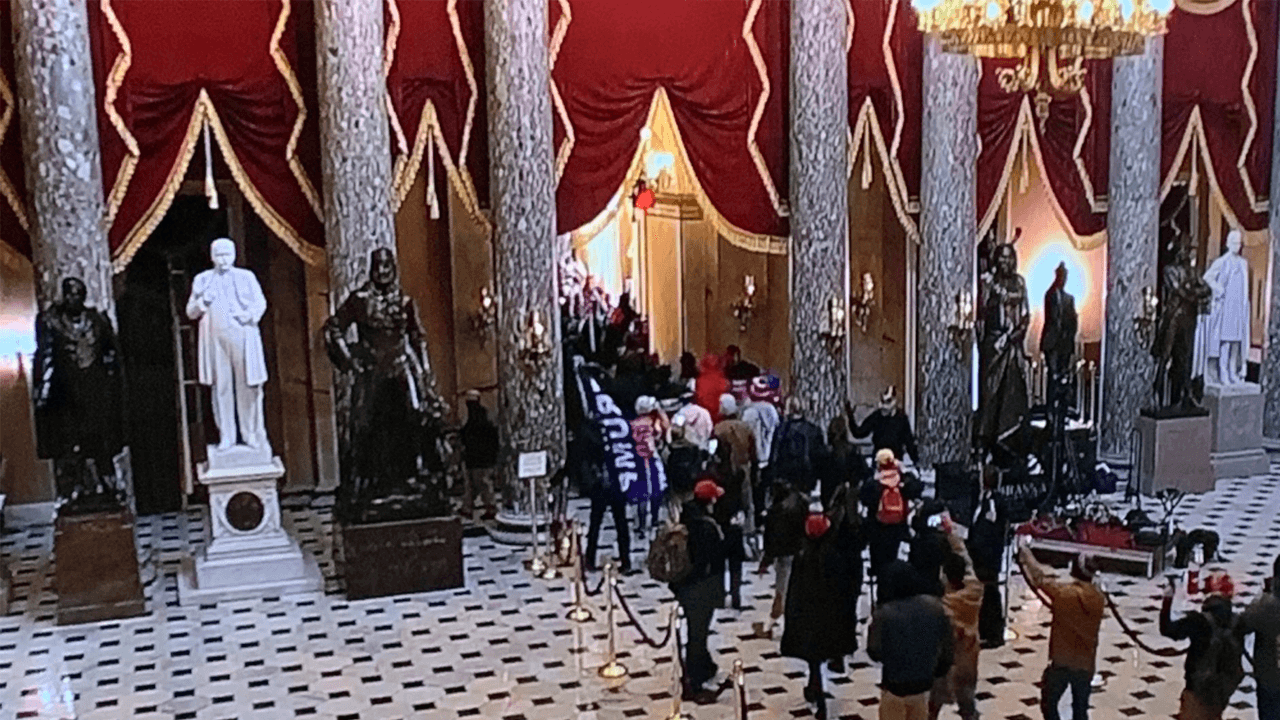 Congress forced an emergency recess after a mob of Trump supporters overwhelmed the Capitol building on Wednesday afternoon, disrupting the process of counting the electoral votes that would have certified Joe Biden as the next President of the United States.

The violence prompted members of Congress and Vice President Mike Pence to evacuate via underground tunnels.

Boston Globe reporter Jazmine Ulloa initially reported that a “dense group of protesters” shattered windows of the Capitol and stormed the entrance.

Rioters are smashing windows outside the Capitol Building. pic.twitter.com/ZZOm2lFDvD

A dense group of protestors has shattered the windows of the Capitol. We can hear roaring chants of “USA” outside. pic.twitter.com/ky1vsckY2P

“Full anarchy at this ‘mostly peaceful’ demonstration DC The people have pushed through & are storming to main chambers,” wrote The Blaze reporter Elijah Schaffer on Twitter.

BREAKING: revolution in process as Trump supporters break into the Capitol building, attacking police, breaking windows, and knocking down doors

The people have pushed through & are storming to main chambers pic.twitter.com/NW6VDDNBQw

Violence flared after Vice President Mike Pence refused to decertify election results earlier in the day as hundreds of protesters marched onto the steps of the Capitol Building and made their way inside.

BREAKING: I am inside Nancy Pelosi’s office with the thousands of revolutionaries who have stormed the building

To put into perspective how quickly staff evacuated, emails are still on the screen along side a federal alert warning members of the current revolution pic.twitter.com/m24YjtWIXh

The raid prompted the District of Columbia to issue a lockdown on the nation’s capital, with a curfew set at 6PM, advising citizens to stay indoors.

Video from the chamber. pic.twitter.com/UKF7MScHKN