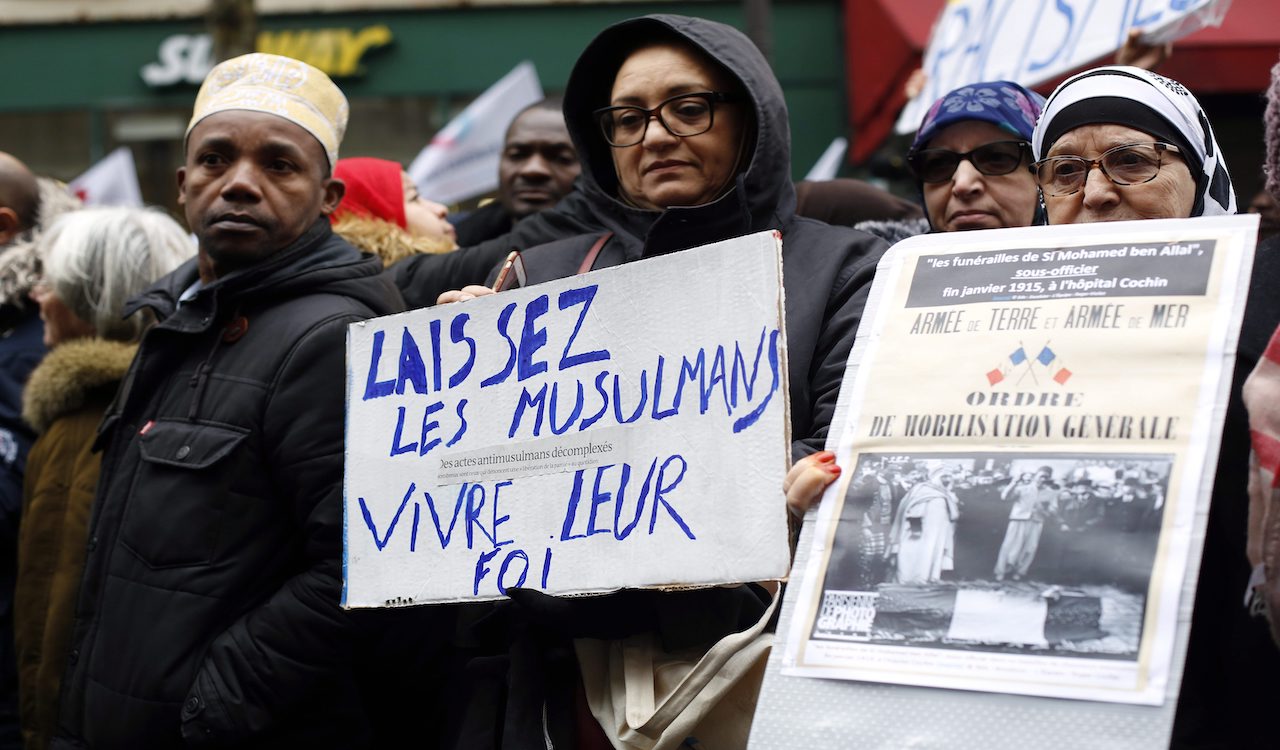 Two Muslim women were stabbed beneath the Eiffel Tower by a French woman screaming "dirty Arabs!" in what is being investigated as an Islamophobic attack.

The victims have been identified as French women from an Algerian background named only as Kenza and Amel, both in their 40s. Kenza was stabbed six times and ended up in hospital with a punctured lung, while surgery was carried out on one of Amel’s hands.

The women, accompanied by small children, were walking paths around the Eiffel Tower, touring the area, when they were approached by two French woman with large dogs. After the women requested the dog owners to leash their hounds, an argument ensued. One of the women pulled out a knife, and while screaming 'dirty Arabs' and 'go home to your own country' began slashing the Muslim mothers.

Speaking to Liberation newspaper, Kenza said "One of the two took out a knife, she slashed me on the skull, on the back on the ribs and there was a third blow on the arm... They then attacked my cousin."

Footage from the scene captures the women screaming and pleading for help.

The French Police have arrested the two women attackers in connection with the stabbings, with both facing attempted murder charges.

The attack comes as tension between the Muslim and French community continues to rise, following last week's Islamic terrorist attack in Paris.

47-year-old teacher Samuel Paty was beheaded by an 18-year-old Chechen jihadist, Abdullakh Anzarov, who was shot dead by police following the gruesome murder.

Anzarov had attacked the teacher after he allegedly showed pictures of Mohammed during a class on freedom of expression, outraging some of the Muslim parents of his pupils.

Seven people have been arrested in connection to the attack, including parents who encouraged Anzarov to commit the grisly crime.