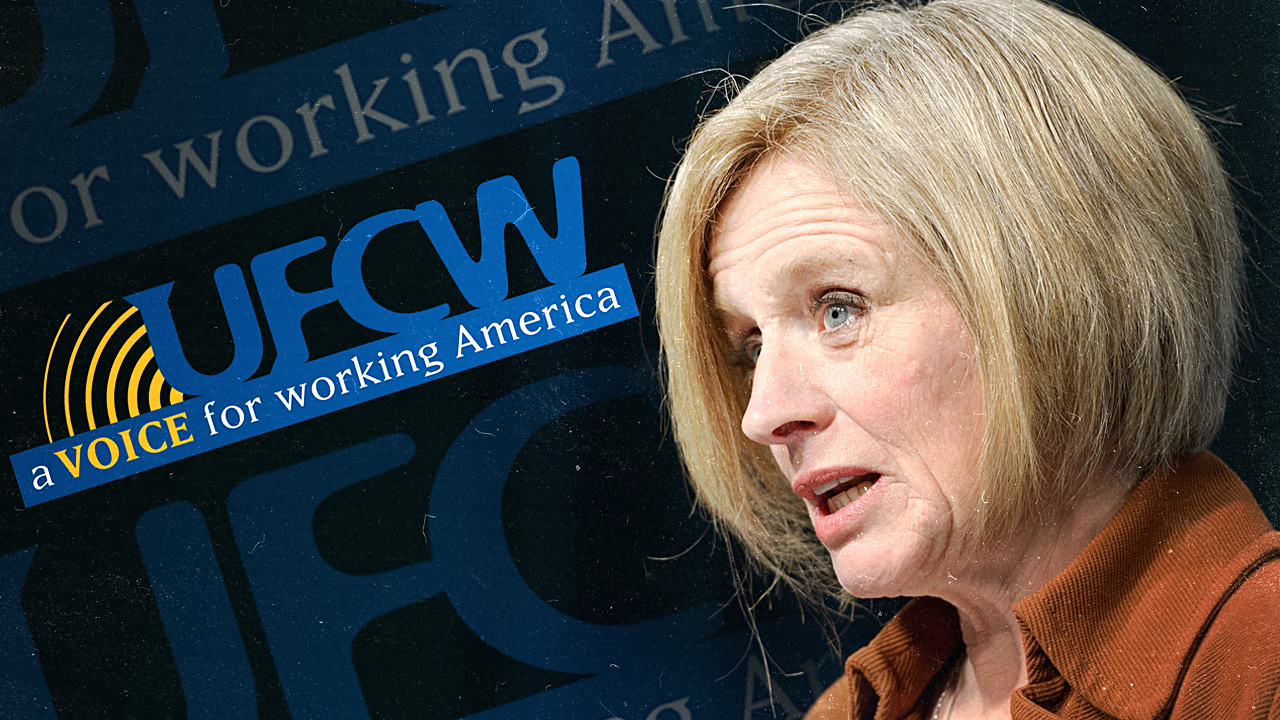 The meatpacking union was her largest donor, doubling the funds of her next highest contributor.

The massive donation by the meatpacking workers seems to have paid off. The ex-Premier is now laser focused on doing damage control for her favourite political donors, by shifting the blame of the viral outbreak in High River from the negligent workforce to current premier Jason Kenney.

Trusted experts like the widely popular Chief Medical Officer Dr. Deena Hinshaw have blasted the Cargill workforce for disobeying public health orders. “Employees continued to carpool to work after safety measures were introduced at the plant, Hinshaw said, and some employees of continuing care centres with outbreaks also lived in large households with Cargill workers,” according to a CBC report.

Well into the pandemic, Temporary Foreign Workers continued to carpool to and from their homes in south Calgary, spreading the virus within their neighbourhoods and families. The close-quarters lifestyle of these workers incubated the new Canadian epicentre of the Wuhan Virus, and Notley wants that to be a secret.

Who knew that it only costs a cool $15,000 to have the socialist leader turn “against science.”

The careless actions by Notley’s political donors even infected healthcare workers, but the NDP leader didn’t flinch. Instead, she doubled down. Instead of just trying to paint Kenney as somehow responsible for the actions of her mega-donors, she called for the entire plant to be shut down.

Closing down Cargill would be a political win for Alberta’s NDP, but what if you are a farmer, rancher, feedlot operator, trucker, or any of the hundreds of thousands of self-employed, non-union workers in the food supply chain?

Your livelihoods may depend on the plant, but I don’t know what to tell you. Perhaps next time you should consider chipping in a couple grand to the Notley Campaign? Until then, you are not even on her radar.

The concerns of rural Albertans are obviously on Notley’s backburner, but why risk Edmonton and Calgary’s food supply? This plant puts dinner on the table for millions of Canadians after all. Well, the benefits to Alberta’s Official Opposition would be twofold:

First, her donors could cash in on her friend Justin Trudeau’s lucrative employment disincentive cheques. Being paid to stay home as a Temporary Foreign Worker in Canada is like winning the lottery – twice.

It is that simple.