A pair of songs mocking President Joe Biden are competing for top spots on music charts in the United States. 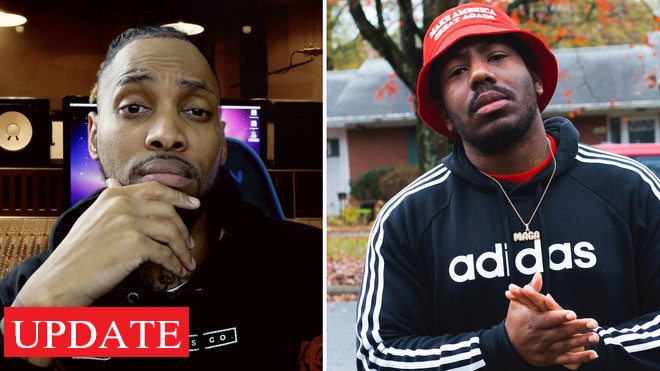 UPDATE: Bryson Gray's version of Let's Go Brandon (both video and lyrical versions) has been removed by YouTube on the grounds of violating YouTube's "medical information" policy, according to the artist.

YouTube has banned “Let’s Go Brandon” song from YouTube due to “medical information”. What medical misinformation is in the song? Whoa. pic.twitter.com/W8sCcyH4IM

"They banned it, then rejected my appeal," Gray told Rebel News.

At the time of this publication, songs by Loza Alexander and Bryson Gray occupy #2 and #15 on the iTunes U.S. Top 100, with Alexander's song having slipped out of the top spot behind a new single from Adele.

In the hip-hop Top 40 category, both songs sit in the top-five rankings.

The trend stems from an incident where a crowd of NASCAR fans were heard by an NBC Sports reporter chanting “F*** Joe Biden,” only for the reporter to (perhaps mistakenly) say the crowd was chanting “Let's Go Brandon” following driver Brandon Brown's victory.

Since then, the meme has exploded in popularity.

Serving as a covert way for people to share their unhappiness with the current U.S. president, and instead of chanting the more overtly offensive “F*** Joe Biden,” the meme has been used at sports games and events across the world; Loza Alexander's version of the song has even become a TikTok trend.

The chant even made its way into Canada, with a rumour circulating on social media that government workers were being instructed not to use the term, or risk termination. Rebel News reached out to the government agency that allegedly circulated the memo, though Shared Services Canada confirmed no such document had been issued.