US university threatens to deny student over pro-Trump TikTok 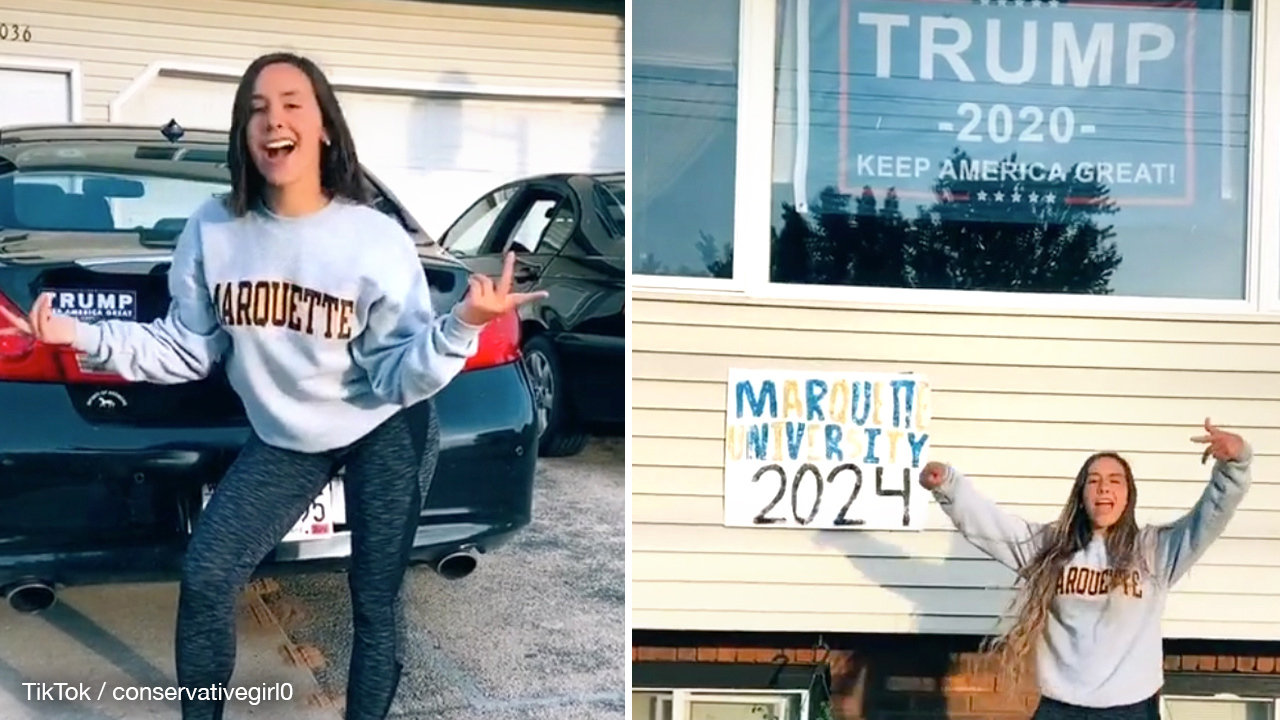 Marquette University threatened to rescind the admission of one of its freshman students because she made a TikTok video supporting Donald Trump.

Samantha Pfefferle posted a video that was titled “When the libs find their way onto your page,” and mocked liberals for their abuse of Trump supporters, and implied that their attacks would not get her to change her views. The captions, as detailed by The College Fix, were displayed over a video of her dancing.

The video also featured a Trump 2020 flag and a sign that reads “Marquette 2024,” which enabled anti-Trump activists to bombard the university with complaints after it went viral. The video has been watched nearly 600,000 times.

Most of the commenters posted abuse towards Pfefferle, while others urged each other to identify her location. According to The College Fix, one even wished for her to be shot.

“I was extremely disappointed by the incendiary comments,” Pfefferle told the publication. “The response from my peers has been repulsive.”

She said that after her video went viral, Brian Troyer, the Dean of Undergraduate Admissions at the university warned her that her admission was being reconsidered.

“[He] had the heart to tell me I wasn’t a student,” Pfefferle said. “This means that my classification is still in limbo and is currently being decided by the administration. I have been accepted, I paid for my housing, I have my roommates, I even have a complete class schedule. If that doesn’t make me a student, what does?”

She added that university staff asked her a series of questions intending to gauge her views on politics, including questions regarding her views on DACA recipients.

A viral Instagram post written by an anti-Trump activist urged their followers to copy and paste an email to Marquette and demand that they rescind her admission.

Ms. Pfefferle has been very vocal on social media (TikTok, Instagram) about how she is enthusiastic about coming to Marquette in the Fall. As a Marquette student who is passionate for the University’s core values, such as Cura Personalis, and recognizing everyone’s human dignity, these transphobic, racist, and xenophobic comments should not be tolerated.

These comments made by Ms. Pfefferle were shared publicly, and were clearly presented as mocking jokes. Ms. Pfefferle is obviously proud of her statements, as she stands behind her words in every post.

These comments create and perpetuate an unsafe space for the LGBTQ+ community, first generation students, and Dreamers at Marquette.

Samantha Pfefferle is proud of her transphobic and xenophobic opinions, which under no circumstances should be allowed at Marquette. The University can and should make it their priority to ensure students (specifically LGBTQ+, immigrants, first gen, and POC) feel safe, valued, and appreciated on campus.

Since the publishing of this article, the school has informed Pfefferle that her admission would not be revoked.