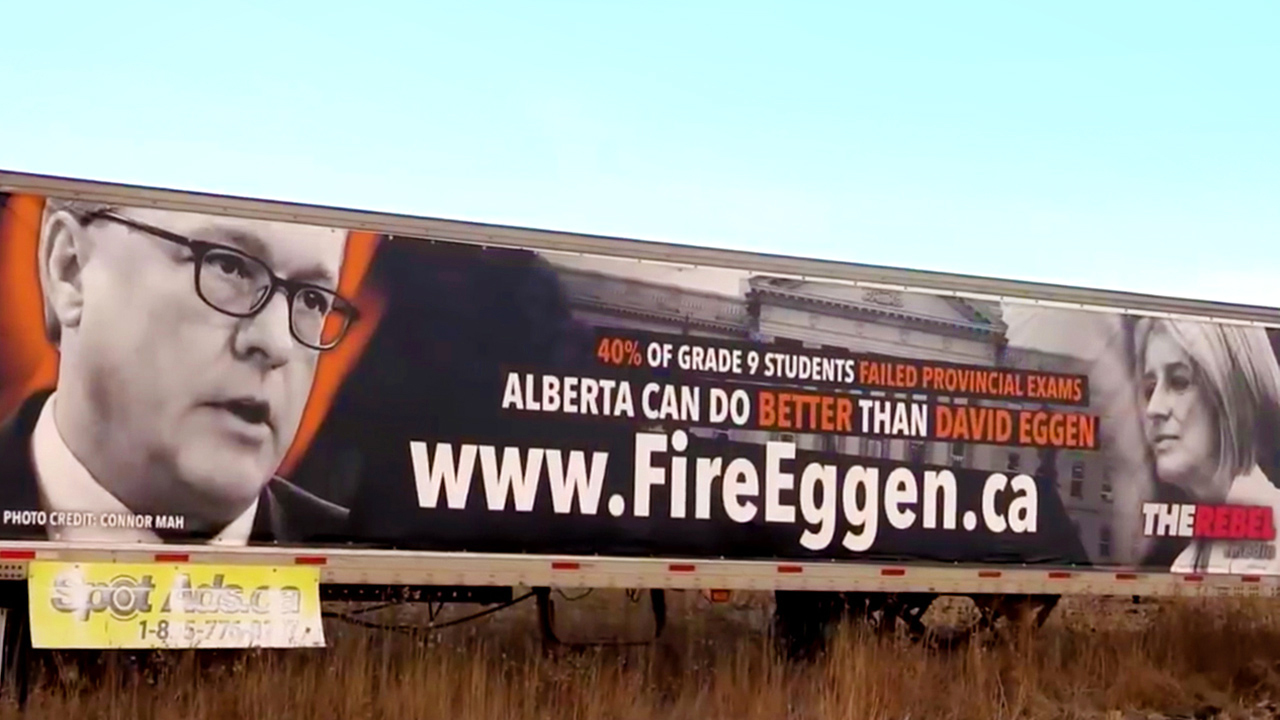 In this clip from today's livestream, David Menzies and Sheila Gunn Reid talked about Sheila's visit to a Zoom court, observing a judicial review of the Alberta Election Commissioner's decision to fine and reprimand Rebel News for the make-believe crime of putting up a billboard criticizing Alberta's former Education Minister, David Eggen.

You can read more about the case of the Fire Eggen billboard at RebelTrial.com.

Here's a bit of what Sheila had to say:

“This is censorship, plain and simple.

“It's one government agency whipping up a complaint against us, specifically, because there's this entrenched bureaucratic swamp that still remains in Alberta that Jason Kenney hasn't ripped out.

“That's where I was yesterday. I was there all day, people can follow my tweets because I live tweeted the whole thing at RebelTrial.com.

“I think yesterday we probably accumulated $10,000 in legal bills, we're probably $50,000 into it — but here's the thing. This same elections commissioner came after a ton of other, smaller, conservative organizations who just took the fines, and just took the reprimands. They don't have the incredible support that we have from our viewers and supporters at home.”

If you want to help us stand up to these bureaucratic bullies, please visit RebelTrial.com and, if you can, pitch in a donation to help us cover our legal fees.