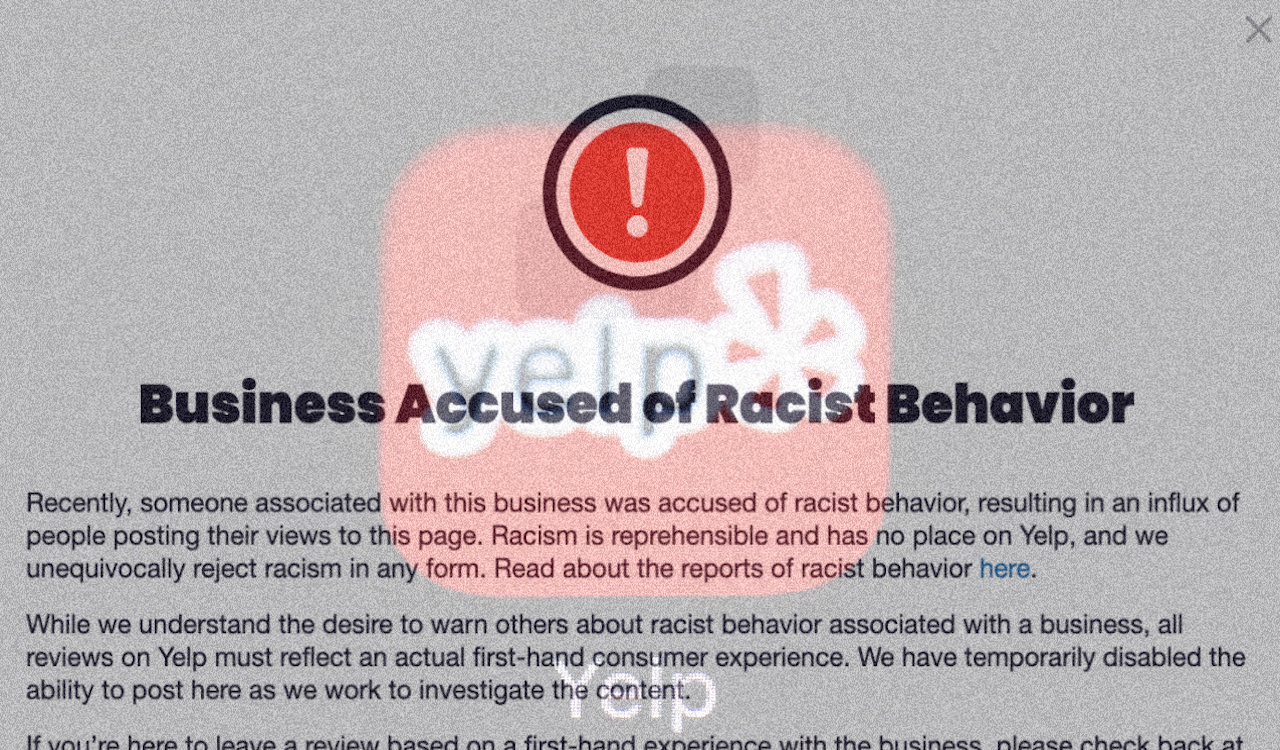 On Thursday, review app Yelp released a statement announcing that they will begin labelling businesses accused of "racist behaviour."

The company stated that it will allow customers to flag businesses accused of racism and will place a warning notice on the establishment's pages to help users make “informed decisions” about where they spend their money.

“Yelp’s top priority is to ensure the trust and safety of our users and provide them with reliable content to inform their spending decisions, including decisions about whether they’ll be welcome and safe at a particular business.” Yelp wrote.

The move to create a kind of business blacklist comes in wake of racial justice protests ignited across the U.S in wake of the killing of George Floyd at the hands of Minneapolis police.

However, some are raising concerns about how the system might be used to further bias. Numerous businesses have been falsely flagged by proponents of social justice, causing them to lose money or, in some cases, shut down completely.

A Chinese restaurant in New York is one of many examples of establishments that were wrongly accused of racism. Lucky Lee’s came under fire in 2019 and received negative reviews for “racial bias” after social justice activists called its white proprietors out for cultural appropriation and for describing the their establishment as “clean.”

In 2017, a foodtruck in Portland, Oregon was another restaurant falsely accused of racism. The owners had to shut down their operations after mobs boycotted the business on the premise it was "cultural appropriation" for the white owners to sell burritos.

Despite its attempts at furthering social justice, Yelp itself is no stranger to accusations of racism.

In September, allegations arose about a hostile work environment in its Phoenix office. Whistleblowers described the environment as a “boy’s club” atmosphere fueled by racism, sexism, and a hard-partying culture, according to Business Insider.

Insiders told the publication that black employees were racially abused and mocked with the “n-word” by customers as well as their own colleagues. Female employees also alleged that the co-workers routinely use sexist slurs to refer to women.

“These sources said they experienced a hard-partying and sometimes-exclusionary atmosphere, with some claiming there was drug use in the office and that employees engaged in a sexual act at a Christmas party,” reported Business Insider.