You should get tested: Calgary anti-cop demonstrators should stay home, check for COVID 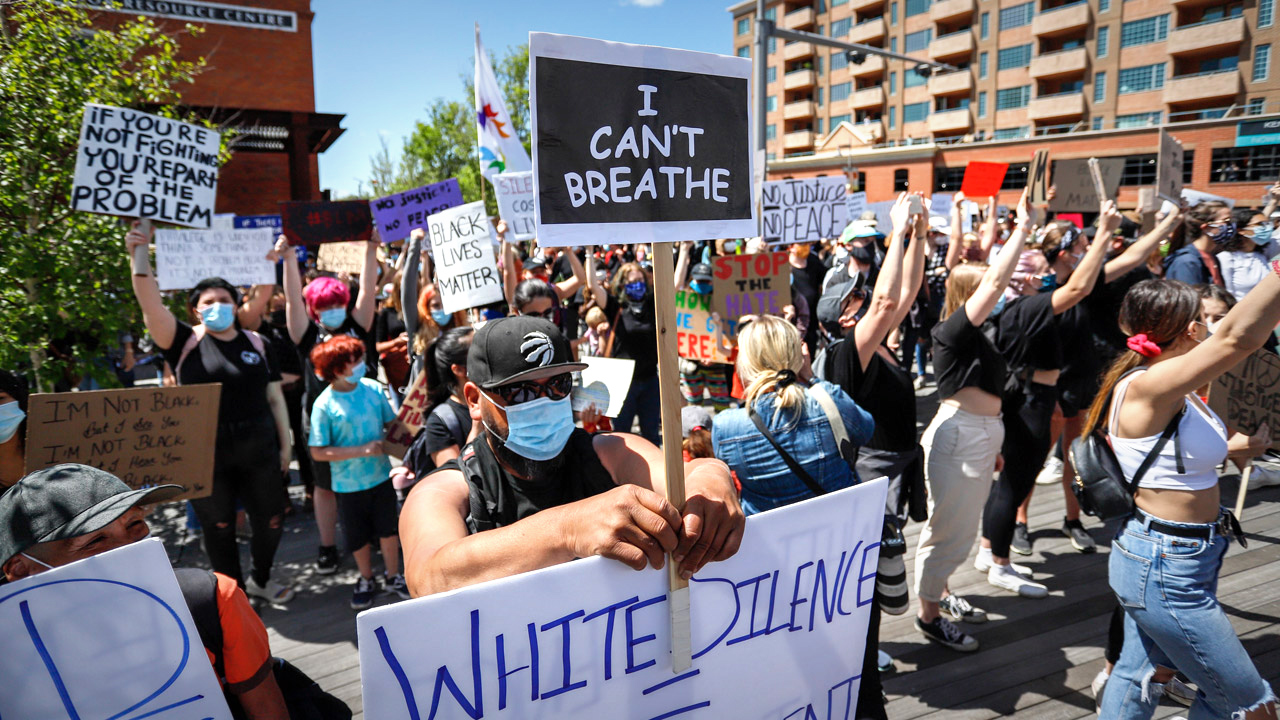 Anti-police protest organizers in Calgary are urging those who showed up for protests and vigils over the past week to get tested for the coronavirus.

Over the weekend, thousands of protesters gathered in Calgary to protest about police brutality following the death of George Floyd in Minneapolis last month. The protests occurred at four separate events throughout the week, including a vigil at Olympic Plaza on Saturday, which drew the largest crowd.

Protesters complained that much like cities across the United States, Canadian police departments, including the Calgary police force, suffered from institutionalized and systemic racism. Due to the large crowds, organizers are now urging attendees to self-isolate and get tested for COVID-19.

The group’s advice follows Calgary Mayor Naheed Nenshi’s advice to wear a mask at protests and “be even more super careful in all your activities for the next 14 days,” Calgary Herald reports.

“It’s unfortunate we are forced to protest during a global pandemic. The decisions and actions of local, provincial and federal governments and their police forces are the reason we must protest. They’re leaving us with no other choice but to gather in large numbers during a global health crisis,” the group wrote on Instagram.

“We are asking all protesters from every event of this week, if possible for your life situation, to self-isolate for 14 days. We are also asking everyone to get testing for COVID-19.”

Attendees who suspect they may be infected can check for symptoms through the Alberta Health website or fill out a questionnaire to book an appointment for direct testing.

Calgary has seen slightly over 7,000 cases of COVID-19 since the outbreak, most of whom have recovered from the virus. Fewer than 400 cases remain active, with few daily increases.