Dawid Pawlowski was taken into custody by police on Wednesday afternoon. 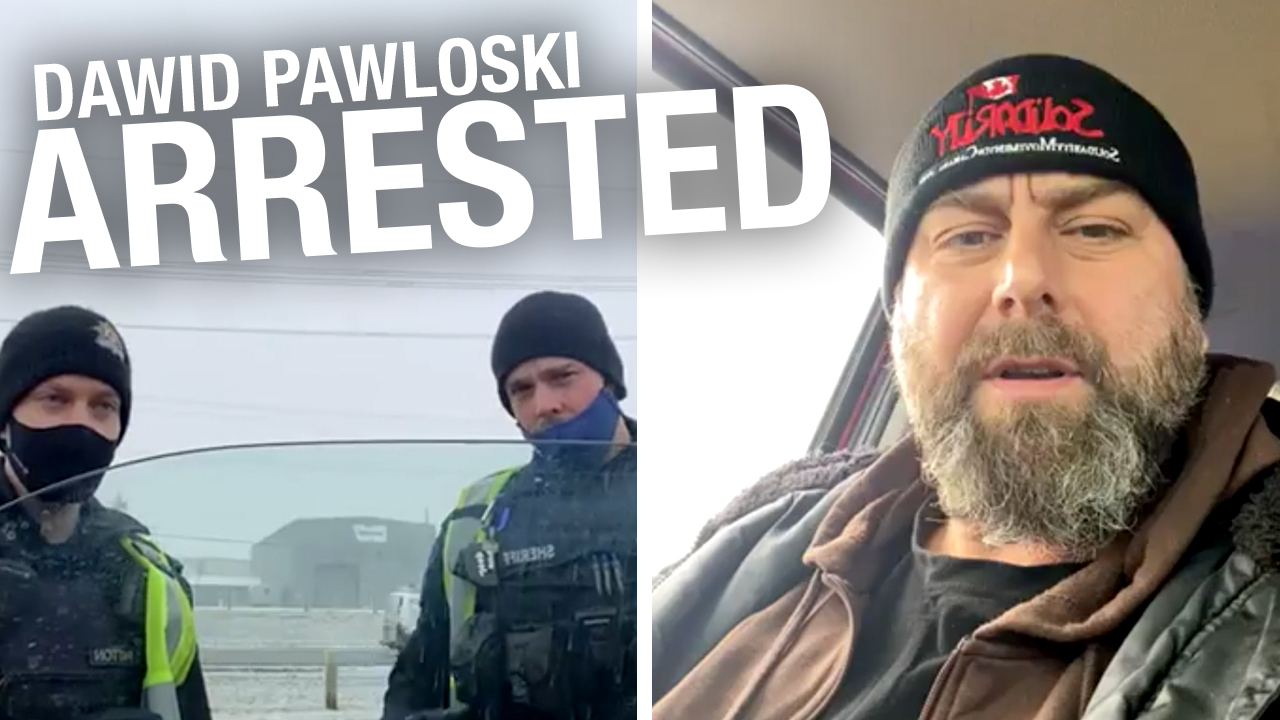 In a video of the Wednesday afternoon roadside arrest broadcast to Facebook by Dawid Pawlowski, law enforcement officers pull Dawid over for what appears to be a routine roadside check for commercial vehicles before taking him away. Dawid was in what he called a church vehicle and remarks in the video that he was “checked for alcohol” and passed.

BREAKING: Dawid Pawlowski, the brother of Pastor Artur, has just been arrested for allegedly breaching his bail conditions.

Pastor Art has been in jail for the past 3 weeks for similar allegations.

Dawid's brother, Artur, has been held in solitary confinement without bail after being charged with mischief over $5,000 and interrupting the operation of essential infrastructure under Alberta's Critical Infrastructure Defence Act.

The charges stem from a visit to the Coutts border crossing wherein Art gave a sermon to the truckers blockading the border with Montana, telling the group to “hold the line” in their protest against the remaining COVID-19 restrictions.

Artur reopened his church in defiance of lockdown restrictions, fed the poor against social gathering bans and refused to allow health inspectors into his church to check for compliance.

"The United States keeps a designation of folks who are religious liberty violators... I've called for Canada to be put on that list."

Go to https://t.co/5RfUUBxoVx to help fund his legal defence. pic.twitter.com/CrDECJ0SYR

The Pawlowski family is not certain why Dawid was arrested, though police can be heard in the video saying he was “breaching conditions.”

Dawid is on probation for contempt of a public health court order. The Pawlowskis long-time lawyer, Sarah Miller, has been notified.

To support the Pawlowskis in their legal battle against the Alberta government for religious freedom and free speech, please visit www.SaveArtur.com. All donations qualify for a charitable tax receipt through a partnership with The Democracy Fund, a registered Canadian charity.