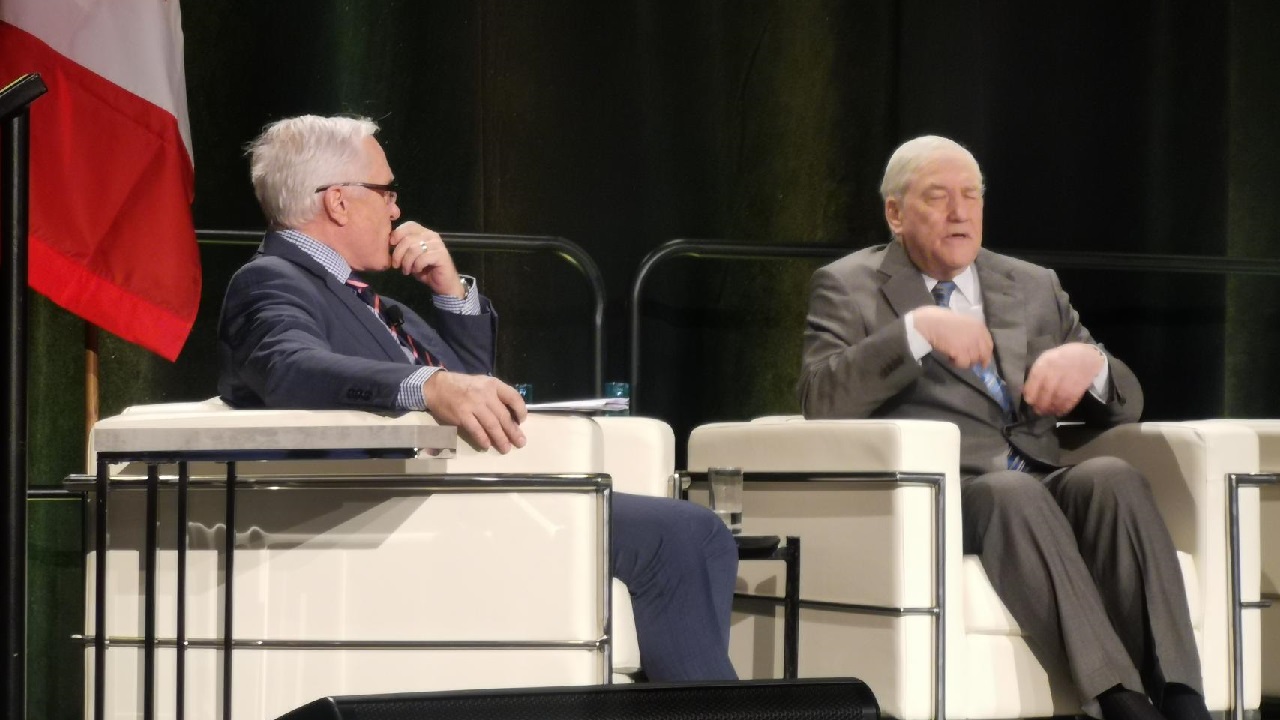 Conrad Black was the lunchtime keynote speaker at the sold out Calgary Value of Alberta conference in Calgary on Saturday.

The historian and former owner of the National Post asked the question: “Is there a Canadian Manifesto without Alberta?”

Black started off his speech to the crowd of 750 by pointing out that:

“Capitalism is the best economic system because it is the only one that is practically aligned with the universal ambition for more.”

Black pushed back against the pervasive anti-Americanism polluting Canadian culture by reiterating the value of Canada’s relationship with the United States:

“The world owes the United States for the comparative triumph of the free market and democracy throughout the free world.”

Black argued the current Canadian system as created by John A McDonald, is one of the longest lasting and most stable in the world and that “we shouldn’t give up on it”. However, the Lord of Cross Harbour quoted Margaret Thatcher’s famous “No, no and no” when musing whether Canadian Confederation is still working.

Then Black went on to attack Alberta’s enemies in the environmental movement:

“We do not have the scientific research that justifies that the current level of alarm is justified”, saying that climatism “has become a truism that has been put about by charlatans like Al Gore and the Prince of Wales.”

On the prevailing mainstream media attitude about fossil fuels, Black said the oil industry is viewed as:

“some sort of pariah be strangled in its dining room chair.”

Black also remarked on Canada’s historical relationship with First Nations saying “we shouldn't lacerated the flesh off our backs for the residential schools,” and stating that “there was no Canada before us”.

“You are the victims but we are all the losers. But this will change.” ….“Alberta will be the spearhead of a widespread movement”

“This November, Trump will win against this gang of clucks in the Democrats”