O'Toole: You'll hear “a lot of Liberal spin about me!” 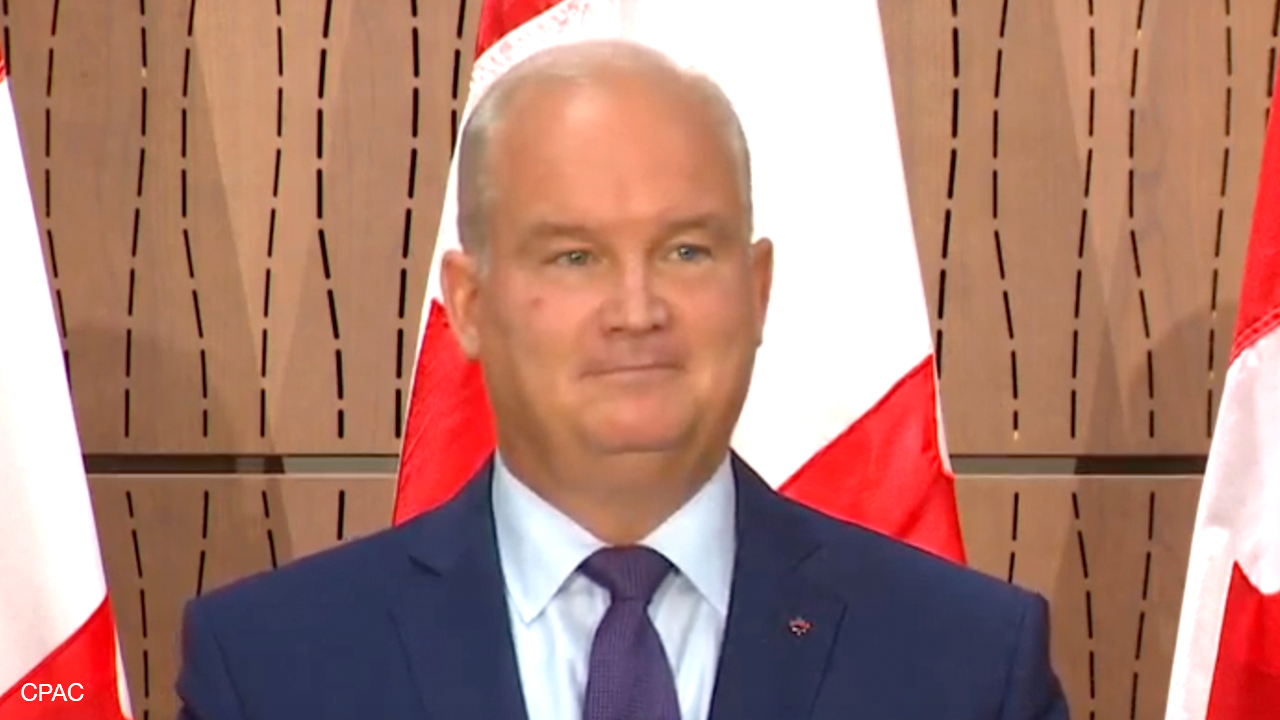 Erin O'Toole has addressed his first press conference after winning the Conservative Party of Canada leadership race earlier this week.

Several of his remarks were already delivered after his win early Monday morning, but O'Toole is now giving updates on his work to come as the new leader.

“You'll also be hearing a lot of Liberal spin about me!”

“I'm here to fight for you, and your family — and Canada needs a fighter.”

Calling himself middle class, O'Toole said that he and his wife understand concerns like saving for tuition and worrying about kids returning to school.

“Justin Trudeau would rather play politics than do his job... he may be trying to trigger an early election” through the COVID-19 crisis, said O'Toole.

“I love this country, and I'm very worried about the course we are on,” he continued, saying that Canada is facing the most serious crisis since the Great Depression and that Trudeau is using the crisis to help his friends.

“It's time to stop catering to insiders... it's time to put working Canadians first.”

As for COVID-19 — it's an “ongoing threat,” said O'Toole, calling out the Liberals' lack of preparation for the pandemic.

“We need a leader who puts Canadians first and will stand up for Canada, and our interests, in a challenging world where we've lost the respect of our friends and allies.”

O'Toole said he had already brought up “western alienation” with Trudeau, and the “need for a plan to address real and serious national unity issues”:

“I don't believe we have even one day to spare. We need to get to work,” he said.

Other leaders O'Toole has spoken to include Jason Kenney of Alberta, Scott Moe of Saskatchewan and Doug Ford of Ontario, “and I'm arranging an in-person meeting with Premier Legault.”

Further on his to-do list, O'Toole will announce a new “diverse" shadow cabinet “that reflects Canada”:

“But Canadians haven't always seen themselves in our party. I'm going to change that. Because as I said in the wee hours of Monday morning... whether you're black, white, brown or from any race or creed, whether you're LGBT or straight, whether you're an Indigenous Canadian or have joined the Canadian family three weeks ago , or three generations ago, whether you're doing well or barely getting by,  whether you worship on Fridays, Saturdays, Sundays or not at all - you are an important part of Canada. And you have a home in the Conservative Party of Canada. It's time for many Liberal and NDP voters to socially distance themselves from parties that care more about their votes than their values.”

“I want more Canadians to see a Conservative when they look in the mirror. Union members. Small business owners. New Canadians. More women. If you want the opportunity to work hard to provide for your family, you should be voting Conservative.”

You can watch the full press conference here: