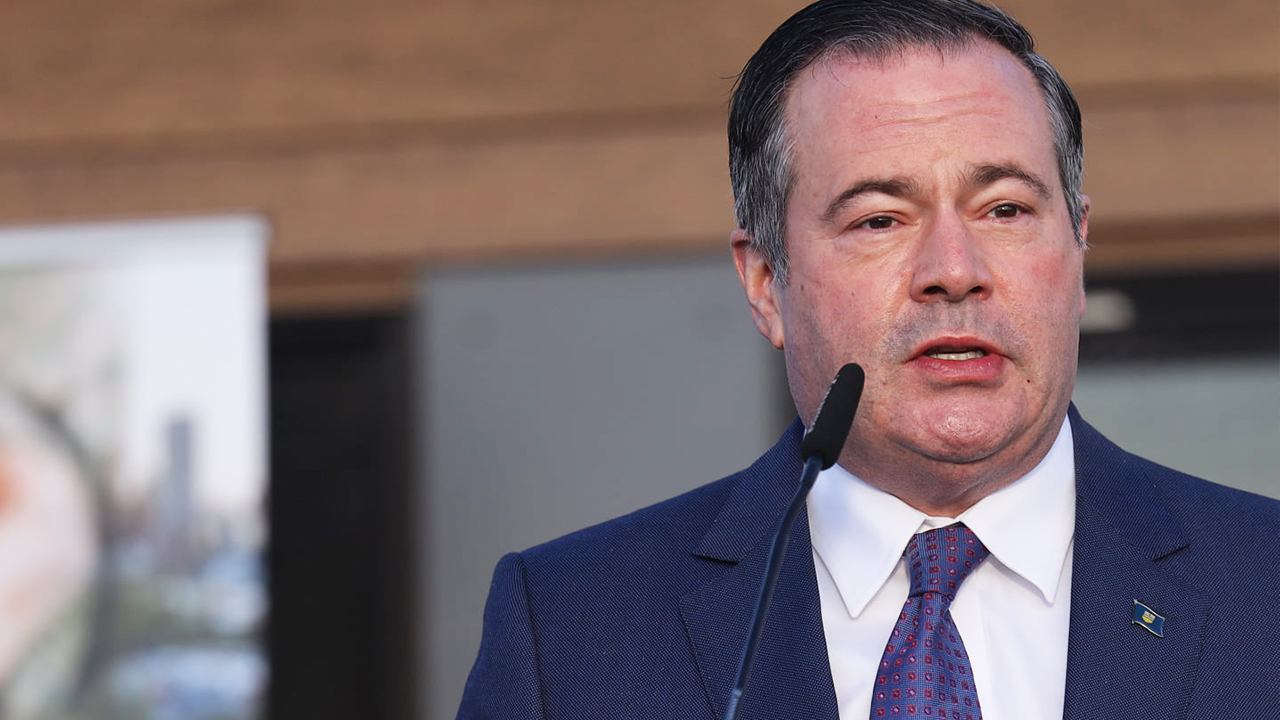 The truckers have issued a statement clarifying that they condemn individual actions of violence and that they are there protesting for Canadians and fighting for the future of the country.

BREAKING: Truckers release a statement in response to Jason Kenney.

They want communication, they want dialogue and they want all mandates lifted.

This is in response to a press conference from this afternoon where, Premier Jason Kenney issued a statement on RCMP attempts to clear dozens of trucks and pieces of farm equipment at the border crossing at Coutts, AB. The road has been blocked since Saturday and those involved are calling for an end to vaccine requirements for cross-border truckers and, now, an end to all lockdown restrictions.

Jason Kenney says “it’s unfortunate to see a small number of people who engage in protests in the last few days express extreme views, and embrace hateful symbols.” in regards to convoy protests.

Kenney said, "It negatively impacts the flow of goods and services and impedes the public's freedom of movement. Persons also participating in this blockade can expect enforcement of the criminal code."

See our coverage with reporters in the field at https://t.co/DEN7zzSz9G pic.twitter.com/YQ9YIN3jOv

Kenney told reporters that prior to his 4:30 p.m. press conference, he had received reports of police-involved conflicts with persons the Premier described as "allied with the protesters." Kenney said this altercation led to a vehicular collision with a civilian vehicle.

Kenny says he received reports of violence against RCMP at the border blockade, adds those:

"sympathetic to those engaged in this blockade, please stay away”

Our reporters haven’t seen any and blockaders are public on keeping the peace.

Police have been on the scene of the blockade since Monday morning. Rebel News reporters have not seen any violent altercations at the blockade site, and the truckers have been public in their commitment to remain peaceful.

Rebel News reporters have been on location since Sunday night and have had exclusive access to negotiations between the blockaders and the police.

Truckers sing national anthem as they stand their ground. pic.twitter.com/xFCrZsljNe

Truckers chant as they await the RCMP to make their move. pic.twitter.com/cRvB5ezUlQ

Blockaders have complained that police are reneging on agreements reached to allow supplies and medicine into the protest site.

Recent scene at a police barrier, meant to block supplies + supporters from coming to the Coutts blockade pic.twitter.com/xaA4Kt5Vsg

Rebel News is crowdfunding a lawyer to help the blockaders navigate their interactions with the police and authorities and provide comprehensive legal advice on the ground.

The truckers at the border are issuing a call to the RCMP to come back to the negotiating table. Chad Williamson, the lawyer we’re crowdfunding, makes a good point: moving hundreds of big rigs in the middle of the prairie winter would be quite a feat. pic.twitter.com/TT88yZn4Vo

To help fund legal assistance for the truckers, visit TruckerLawyer.ca. To see more of our coverage of the Freedom Convoy itself, go to ConvoyReports.com.