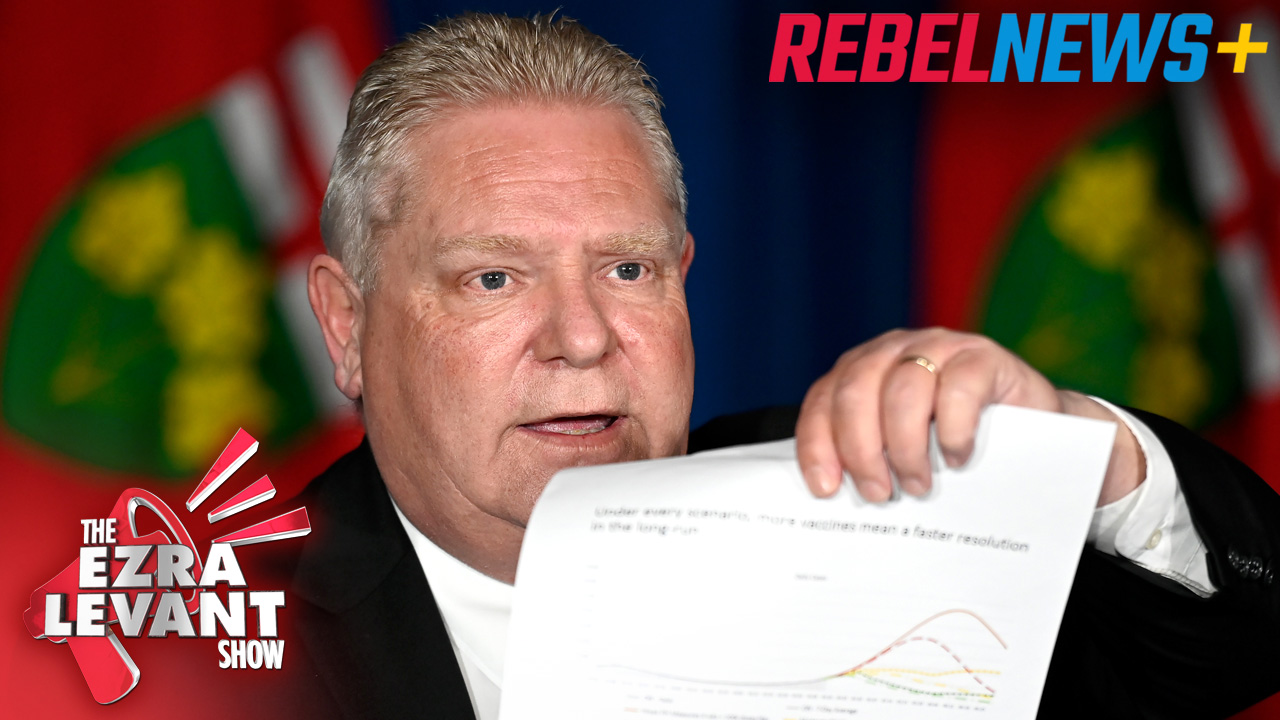 I can’t get over the appalling press conference that Doug Ford and his cronies in the Ontario government held at the end of the day on Friday. I hesitate to show even him the respect of calling him Premier; and it’s simply false advertising to call his party 'Conservative'.

I feel the same way about Alberta’s so-called United Conservative Party, which is neither united nor conservative.

Take a look at this, from Doug Ford's latest lockdown presser:

My American friends will not believe that these grim sociopaths are Ontario’s “Conservative Party”. pic.twitter.com/VuaxTQjBzA

Yeah. That’s a police state. Snitch on your neighbours. Police pulling you over for any reason or no reason. Police coming into your place of work — this is your final warning. So, so gross.

They must lose; they must be repudiated; they have cancelled themselves out.

It was such an overreach, that immediately police forces felt they had to distance themselves from it. More than 30 Ontario police forces said they simply wouldn’t enforce those rules.

I’m really grateful that Ontario’s police won’t listen to their out of control premier. But they’re still out of control themselves. And a year into this, no-one has corrected them. They think this is normal now. No wonder Ford thought he could go this far.

I see that a single member of his caucus, an MPP named Christina Mitas, has issued a mild statement expressing some discomfort with being part of a police state. I’d mock her for that minuscule step, but isn’t it more than 99.9 per cent of all so-called conservative politicians across this country?

The number of people dying every day in Ontario is about a third of what it was in January. So why are they ramping up the extremism?

They’re literally setting up police checkpoints on the highways from Quebec and Manitoba, as if that’s the problem. (No such checkpoints at Roxham Road, I should point out.)

GUEST: John Carpay of the Justice Centre for Constitutional Freedoms.