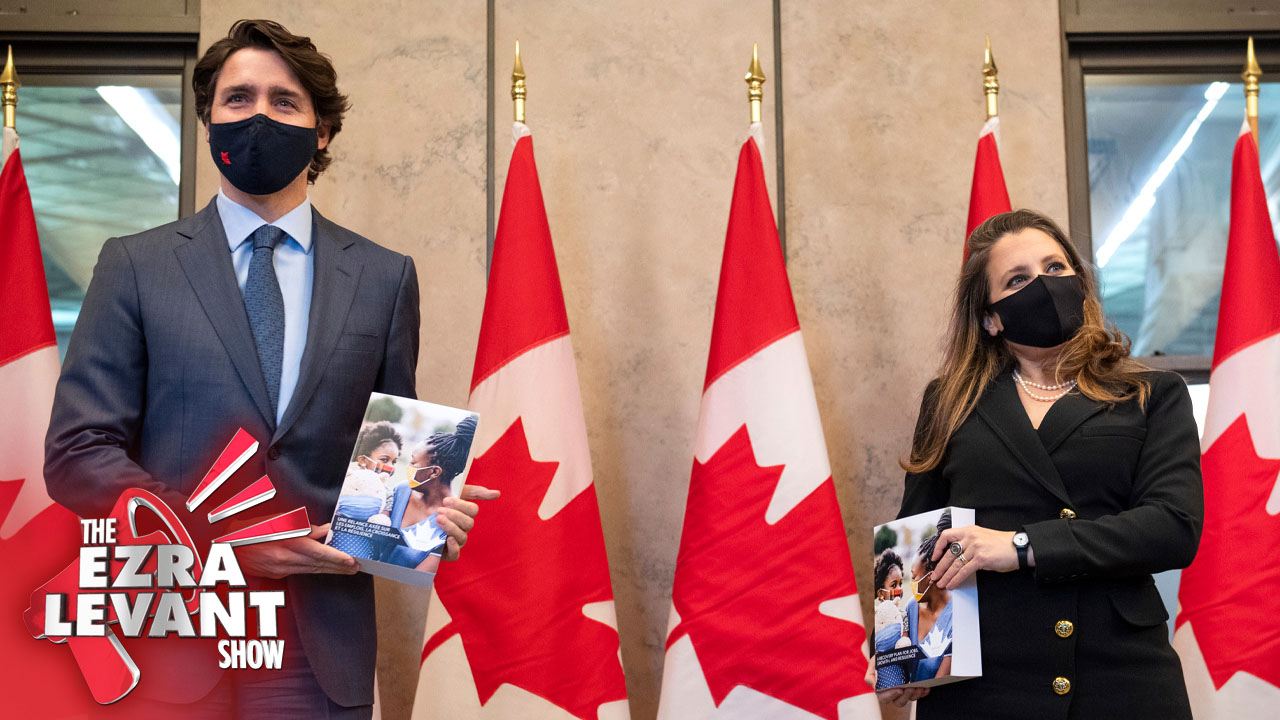 Justin Trudeau aims to remake Canada in all the ways his father did; he certainly tried to realign us away from Trump’s American and toward Xi Jinping’s China.

Trudeau doesn’t quite have the motivation or the brains of his dad; he doesn’t have the work ethic or the vision. But he’s happy to put himself to the service of others who can fill in those gaps for him, and make him the public face of things.

There's a laundry list of socialist dreams that are stowing away in this crisis.

I went through the monstrous budget document — the longest every published, of course, because you need that many pages for all the spending they came up with.

It’s hard to swallow a 724-page budget. I don’t think Chrystia Freeland herself read it all. She didn’t write it all. I don’t think Justin Trudeau even cares what’s in it. That’s what lobbyists are for, right?

But I like doing word searches to show what the government cares about. I mentioned that one question — “forestry", for example. The word forestry appears six times, half of which are a “gender analysis” on the industry. It’s criticized for being too pro-male.

Same thing with the word “mining”. Eleven times, mainly to show how un-feminist it is.

Look, this isn’t a budget. A budget implies a balance. You earn something, you spend something. You keep things under control This isn’t a budget. This isn’t even a wish list. This is the great reset — using the pandemic as an excuse to nationalize swaths of the economy; to demonize and eradicate other industries; and to divide us based on race and sex.

So yeah. That’s your great reset right there. Even worse than anything Pierre Trudeau could do.

GUEST: Andrew Lawton (@AndrewLawton on Twitter) on how all but three of Ontario's 45 provincially-mandated police forces came out against random and unwarranted stops.