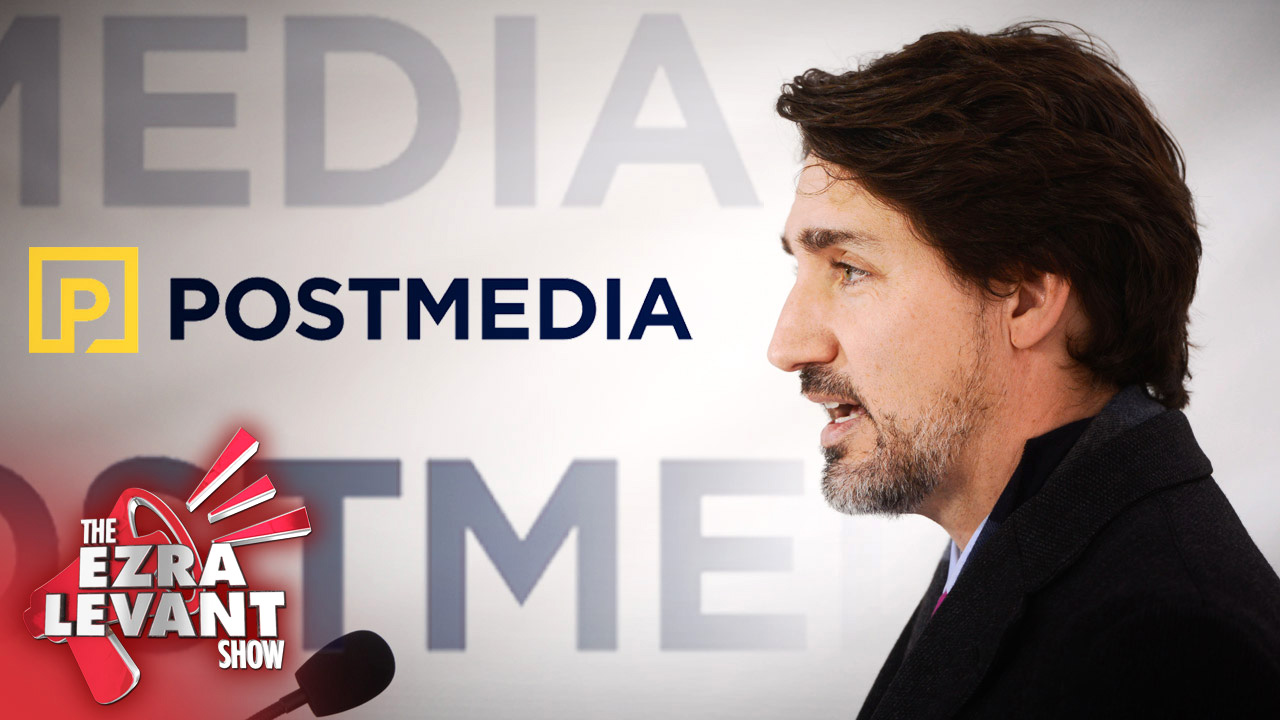 Have you seen this headline?

I don’t know if you know this, but the National Post, and most Canadian daily newspapers — including the Toronto Sun chain, the Calgary Herald, Montreal Gazette, Edmonton Journal, etc., — they’re not actually owned by Canadians. They’re owned by a company called Postmedia, which is owned by a U.S. investment fund called Chatham Asset Management.

The majority of Canadians support government bailouts for media organizations that are facing a collapse in advertising revenue since the COVID-19 pandemic shut down businesses across the country, according to a new poll.

The survey was conducted by Nanos Research for FRIENDS of Canadian Broadcasting, a non-partisan media watchdog, and was released Monday.

The conflict of interest here isn’t Conservative Party or Liberal Party. It’s that the National Post is a would-be beneficiary of more government bailouts.

Of course it’s relevant that the “Friends of Canadian Broadcasting” is a left-wing, pro-CBC front group, that hates conservatives.

But the point here is that it’s now lobbying for the National Post’s owners, Chatham Asset Management, to get a bail-out too.

A majority of Canadians also agree (36 per cent), or somewhat agree (26 per cent) that Ottawa should treat media bankruptcies and layoffs as an emergency because journalism is essential to “keeping Canadians safe” during this crisis.”

Imagine actually writing that — that it’s critical to have the media to “keep Canadians safe”. Not doctors or nurses or truck drivers or farmers.

I don’t want anyone to lose their job. But seriously — you have four million Canadians out of work. Entire industries flattened — airlines, hotels, restaurants, cinemas, sports, schools. But the poor dears at the Toronto Star laid off 85 people, so let’s call that a crisis?

TONIGHT I'll take you through the whole story, and explain why the poll they cite can't be trusted.

You know, I worked at the National Post during its glory days — twenty years ago, right after it started. It was amazing — it fought so hard for conservative ideas, for small government. We even had a whole series criticizing the CBC for being the media party, for taking public money.

Yeah, that National Post is gone, my friends. Now it publishes hysteria from left-wing pressure groups without skepticism or rebuttal. Because it’s the National Post only in name — the "nation" that owns 66 per cent of its stock is, well, a hedge fund from the U.S. And they don’t care who they have to quote to get more government money. They’re already getting 140 grand a week from Trudeau, and they’d like some more, thank you very little.

This poll says “most” Canadians want to bail-out newspapers and news TV station, yet fewer than one per cent of Canadians subscribe to any given newspaper.

If, suddenly, millions of Canadians truly, genuinely love the Toronto Star and those Atlantic newspapers and the CBC — well, hallelujah. This is great news. Now go out there and start selling subscriptions.

The fact that a once-mighty Canadian newspaper had to be bought up by a U.S. vulture fund tells me that, yeah, no, this poll is… fake news.

NEXT: Today I saw an impressive documentary called Tracking Down the Origin of the Wuhan Coronavirus, produced by The Epoch Times.

Tonight, my guest is the host of the movie, Joshua Philipp, Senior Investigative Reporter for The Epoch Times.