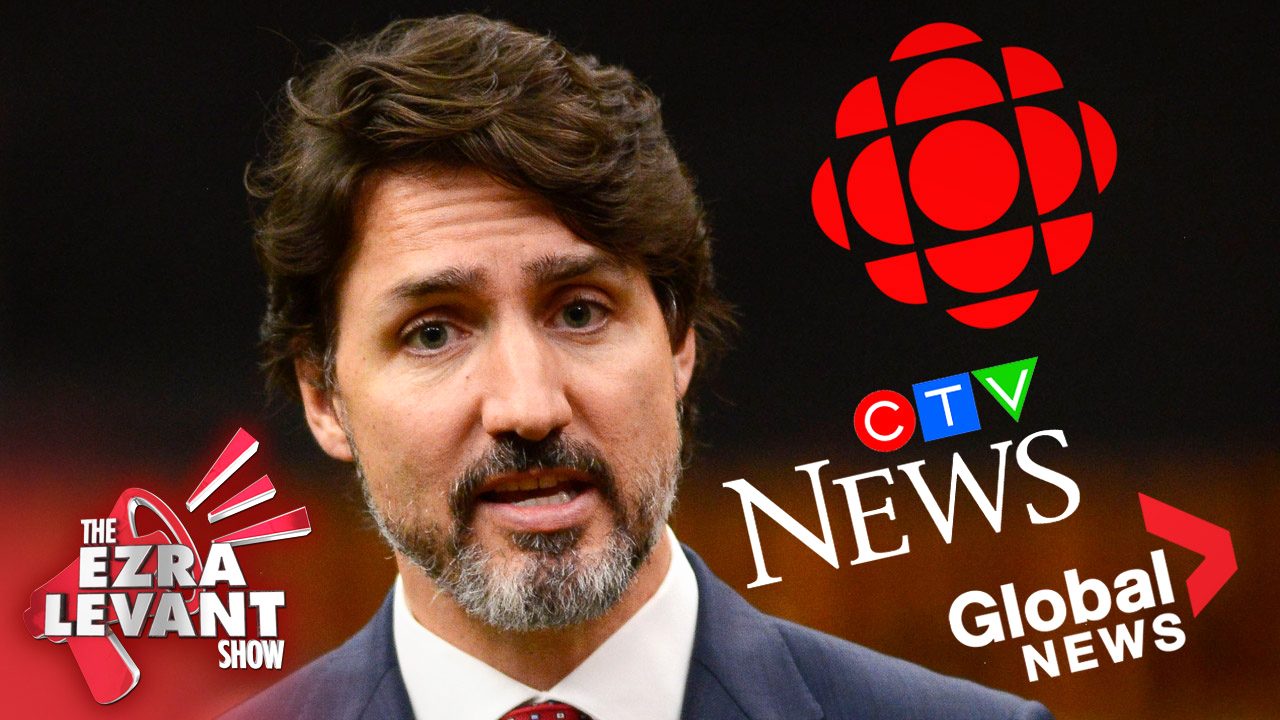 (NOTE: A segment of this program contains footage of the shooting in Kenosha, Wisconsin. Viewer discretion is advised.)

I’m guessing that the past ten or twenty years has taught you that you can’t trust “the media.”

Postmedia has a near monopoly in English Canada, and they’re the biggest welfare case in the newspaper world.

Obviously the CBC is bigger than ever — it now has more people in the news business than the rest of the Canadian industry combined. And it’s more partisan than ever.

It’s not just the CBC, though. It’s all of the broadcasters. The CRTC decides which channels are offered, what price, to whom, on what terms, all that stuff.

Which is why normal people just don’t watch them anymore.

Which brings me to today’s news:

Now, CBC writes this with some delight — they’ll be the last people standing, because of course they live completely off the government teat: $1.5 billion. They could literally survive if they please only one single viewer: Justin Trudeau.

Now before I read to you from from this new study, let me first say: who cares?

They’ve lived off a government monopoly for decades. It has been illegal to compete with them; you had to listen to them, you were forced to, so they took their customers for granted.

The hilarious thing about this new study is they actually blame the pandemic.

Netflix and Disney Plus just had record-breaking quarters, because everyone’s watching more TV than ever. Same reason Amazon and Apple are at record heights.

But these TV and radio companies are claiming that the pandemic is what killed them? It’s what could have saved them, if they actually gave viewers what they wanted.

This is a last, wheezy gasp by the Media Party to get Trudeau to bail them out. Again — he just threw them tens of millions of dollars literally last month. Last month!

But you know what? If there’s another election coming up, which there is, you can better believe Trudeau’s going to pony up.

NEXT: Joel Pollak of Breitbart.com joins me to talk about the Kenosha riots, and the left finally realizing that this lawlessness is helping Trump.