It’s worse than you think 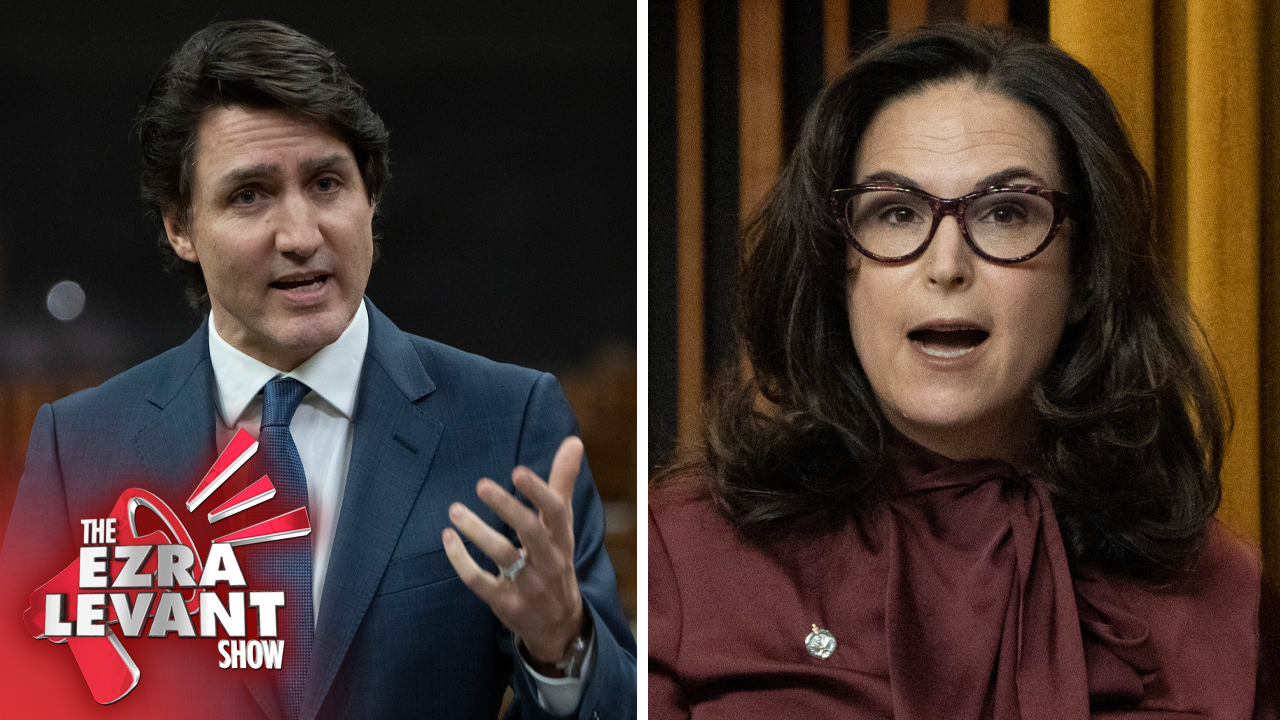 I’ve got to start by showing you this video of a Liberal MP for north Toronto called Yaara Saks. She’s my MP, as it so happens. She’s Jewish, and I live in a fairly Jewish part of town. That’s relevant, as I’ll explain in a moment.

This is her argument for why we have to put the entire country into a state of martial law, why we need to suspend civil liberties, have police roam the streets, put up checkpoints across Ottawa, why we need banks to seize funds from Trudeau’s enemies:

It is a Jew deploying her Jewishness to crassly save her master, Trudeau.

Trudeau needs to demonize the truckers as anti-Semitic.

This Jew-for-rent is only too happy to do so, in the name of the Holocaust.

They don’t sound exactly like honk honk. Some horns sound more like beep beep or even ga-goo-gah. But the word honk has nothing to do with Hitler. I checked out its etymology; it’s about 200 years old, so it predates cars. It referred to the sound made by a goose. It was later applied to car horns.

This insane woman says it’s code for Heil Hitler, who wouldn’t be born until nearly a century later.

She’s crazy. But she has one purpose in life: to serve Justin Trudeau. And that’s where her Jewishness comes in. That’s what her role in the campaign was — to assuage the Jews, to make them feel like Justin Trudeau isn’t anti-Semitic, even though he supports Islamic terrorists like Omar Khadr.

She was there to calm down the Jews — and the fact that she has a Hebrew name really helped. She’s proof that the Liberals could never be anti-Semitic — how could they be, with her there! So vote Liberal.

So when a Jew, who is run as a candidate specifically to be a visibly Jewish Jew, is deployed to say such a ridiculous thing, that honk honk is code for Heil Hitler, not only is the Liberal Party abusing her, making her say the most ridiculous thing because if anyone else said that they’d be laughed at, but if a Jew says it — well, come to think of it, she’d be laughed at too.

But much worse, in that it shows everything she’s ever said about anti-Semitism or the holocaust simply cannot be trusted. She will literally sell out, rent out, her Jewishness for a momentary political advantage, to demonize truckers, to give her boss Trudeau cover, whatever.

Ya’ara Saks is worse than nothing; she is a Jew who will happily, lustily sell out her Jewishness on command for her boss.

What a low, low disgrace she is.

But there are things lower than a Liberal. And that is a journalist. Though I repeat myself.

On tonight's episode, let me show you how low Canada’s journalists are by going through the reaction to a New York Times story:

Why did all of these Canadian reporters, and pundits, every single one of them on the Trudeau dole in one way or another, why did they do this?

Well, I just answered your question, didn’t I. But it’s not just the money. It’s the safety in a herd. You see, The New York Times is huge — one of the largest newspapers in the world. More importantly, it is a trendsetter for liberal media across America and even in Canada. In fact, I’ve seen reports that more Canadian subscribe to the NYT online than subscribe to any Canadian newspaper online.

So that’s what this is about. If the Media Party is disciplined — like all parties are — if they all say the same thing, and all agree on a narrative together, there’s safety together.

What if someone breaks ranks? Then it all falls apart. If every single official person, if every single “good” person says the same thing, just parroting Trudeau, they’re all safe.

Sure, those Rebel News types are saying something else, but no-one good listens to them. Just ignore those Nazis.

Oh the rage. The rage wasn’t that the NYT got it wrong. It’s that the NYT wasn’t respecting their guild, their club, their clique.

They weren’t in on it.

I learned a lot about the media by watching all that — didn’t you?