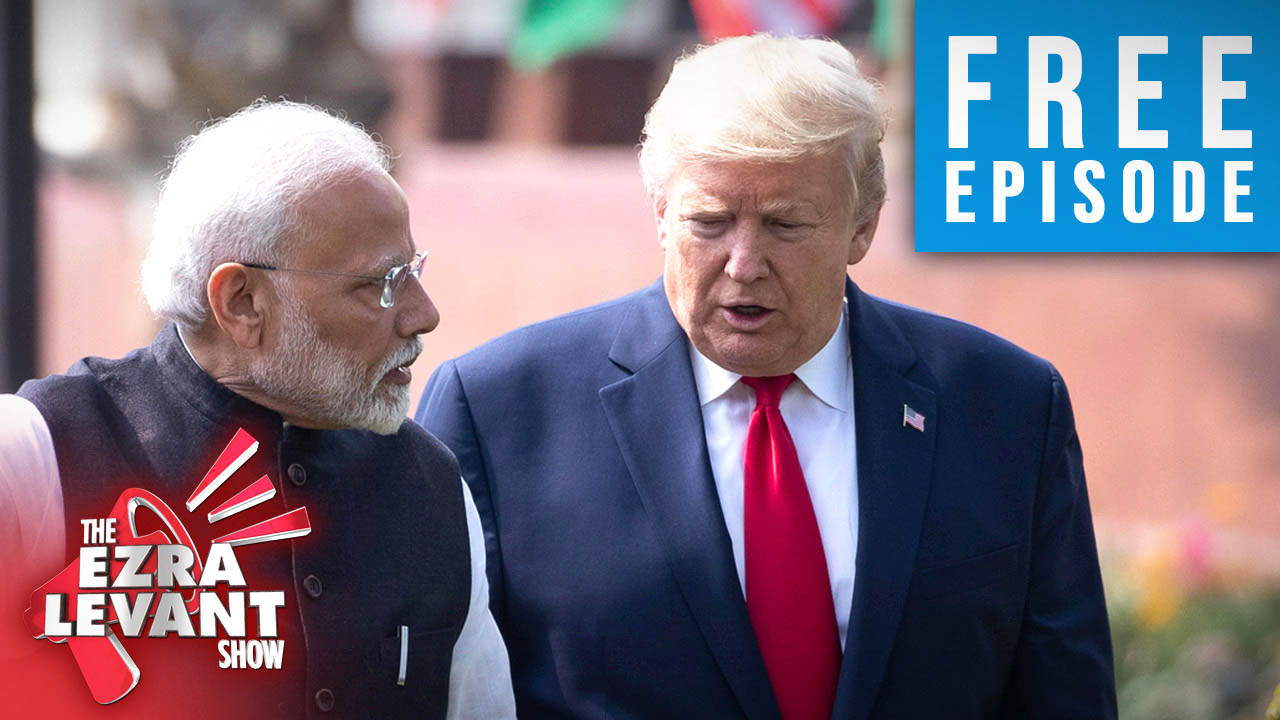 The worst thing about Justin Trudeau’s disastrous trip to India a couple of years ago wasn’t his ridiculous costumes. (I’m not calling the clothes themselves ridiculous. I’m calling the choice by a white Canadian prime minister to wear those clothes ridiculous.)

Nor was it the bizarre and slightly insulting decision by Trudeau to fly his own chef to India with him, to cook Indian food. In India.

What was stunning, and inscrutable and incredible to this day, was Trudeau’s decision to invite convicted terrorist Jaspal Atwal to India as an official part of his retinue.

No wonder the Indian government snubbed Trudeau on the visit, giving him only the most grudging diplomatic courtesies.

Isn’t it funny — how Trudeau and the left thinks they’re so suave, so sophisticated and worldly, but they can’t even tie their own shoes.

TONIGHT we'll take a look at how Donald Trump was received yesterday in India.

Thousands lined the streets as Trump drove to the world’s largest stadium, with over 100,000 people waiting to hear him, wearing the Indian version of the "Make America Great Again" hat — both India and America represented on it.

Trump and Melania went on to the Taj Mahal — Trump dressed in a suit; Melania wearing a dress with a green sash of some sort. A bit of an Indian flavour, but not costumes; they had their dignity. Which is much more than the Trudeaus had on their disastrous vacation.

What does this mean? I think it means a few things. That while the press has been obsessed with the fake news about Russian collusion, or whatever it is this week, Trump has actually been working on things, big things, important things, strategic things.

That genuine warmth — the total harmony between these two leaders — might help shape the world. While the Democrats are looking at praising a discredited communist dictator.

Yeah, America is lucky to have a leader like Trump.