What our police forces could learn from the Swiss 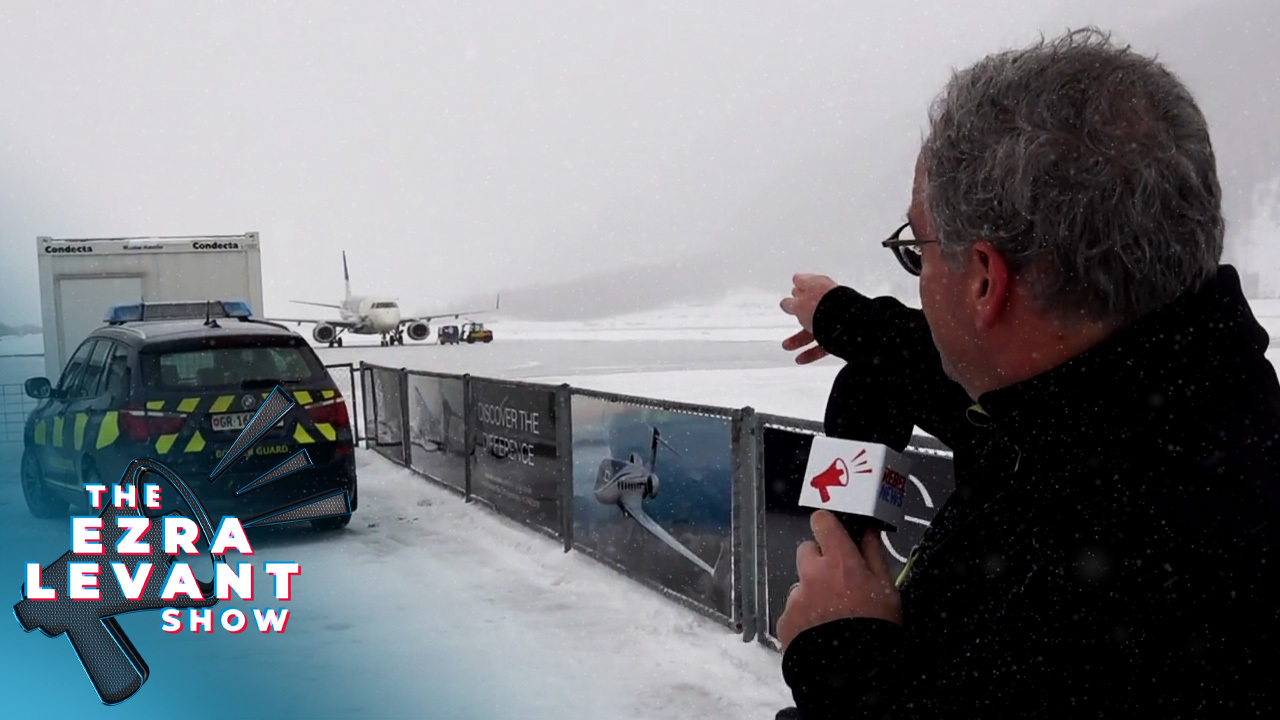 I get the sense that the police who have been assigned to protect the VIPs at the World Economic Forum in Davos don't really like the job. I don't think they're an ideological police force.

They're sort of what Canadian, British and Australian and American police were like a generation ago, which is following Sir Robert Peel's rules of policing, which is to be extremely neutral and non-partisan and keep the trust of all segments in society.

They're not the kind of political bullies that we see so often in the West and I say that because, as you know, in our first trip in to Davos, we were pulled over. The police said, oh, I don't like those cameras. And I said, it's a free country. Right. And literally in less than a minute, he waved us through.

Remember how that went down? Well, today we went through another check stop, another police check stopped and today was the big official first day. So you could see all the police and the soldiers really flexing their muscles. So we were driving to the second police check stop and we had our phones out, sort of conspicuously filming the police. And they're so sensitive about that.

In North America, police just assume they're being filmed – and they're are often filming you wearing body cams. By the way, if you want to know my opinion on that, I think it's a good thing. I think it keeps everybody better behaved because police know that they cannot commit any misconduct without it being on tape and people cannot make false accusations against police, which happens quite a bit, by the way.

They just don't want to be famous. They don't want to be branded as WEF types. They are not here in the service of Klaus Schwab, they're here because the government says keep law and order, make sure there's no terrorism, make sure there's no violence. For example, Antifa, there is a tiny exception to that, which is some of the police wear little patches on their arms that say WEF police.

Now, that is not a formal thing. That's sort of a mission badge that some police who wear, just like a memento, like a souvenir, like a mission they served on together. That caused some consternation when that happened last year. But we have discovered that there is another WEF, ESF police patch going on.

I asked for a photo
The officer said “no, it’s controversial”
Finally said yes without his face:)
He Emphasized “this is not official” pic.twitter.com/nNOoH3fds3

Take a look at this tweet by our friend Masako, a reporter from Japan. She was inspired to become a citizen journalist and come to Davos herself. And indeed she is. Don't tell me we're not making a difference in Japan of all places.

But back to the story. Our entire time at the police checkpoint was less than one minute and today they were on high alert as it was their opening day and they were being careful. We drove by, we had our cameras out conspicuously, so they waved us over and we rolled down the windows and they demanded that we put away our cameras.

But I want to let you know that before we came to Switzerland, we hired a lawyer in Zurich, Switzerland, to brief us on the media laws. You know, we do that a lot.

You are allowed to film the police, just like in the West but they have another wrinkle here in Switzerland. You aren't allowed to broadcast the face of an individual cop without their permission unless there's an important public policy reason to do so. So if a cop pulls you over for a speeding ticket or a road check like this, and if you're filming them, you can film them but you cannot broadcast their face without blurring it. So we knew the law and we told this.

So we were driving through this check stop and our phones were out conspicuously and they pulled us over and they started asking questions.

And I guess it's my instinct after living through the last three years of bullying police during the lockdowns that a half-dozen other bad police experiences were on my mind when the Swiss police asked us to pull over. I wasn't particularly rude and I don't know if I'd call myself aggressive, but I was certainly stubborn. And I had questions like: And what if I don't turn off my phone? Or Do I really have to leave?

It was about 5 minutes or so. See for yourself and tell me, was I too stubborn? Was I too confrontational? Was I standing up for my rights? You know, I meant it when I said to the cop that Swiss police are my favorite in the world.

If I had been obstinate like that in Canada, I'd probably have gotten a ticket, maybe even worse. Did you catch when the cop said we are nice? No, I don't care about a cop being nice, I actually don't want a cop to be nice, but I want a cop to care about civil liberties and that's what the Swiss police care about.

And that is why I love them. The Swiss police here who had every opportunity to do bad things to us, like Canadian, British, Australian and other police have done, didn't do anything bad even when we were being a little bit intransigent. I have to tell you, I actually felt like I had been a little bit mean to the cop and that is not a feeling I normally feel anyways.

That was not the highlight of the day, but it was an interesting illustration of what an old fashion civil liberties first Robert Peel style police force is like.