A criminal says he’s now a woman, so he’s put in a women’s prison. And he gets two prisoners pregnant. 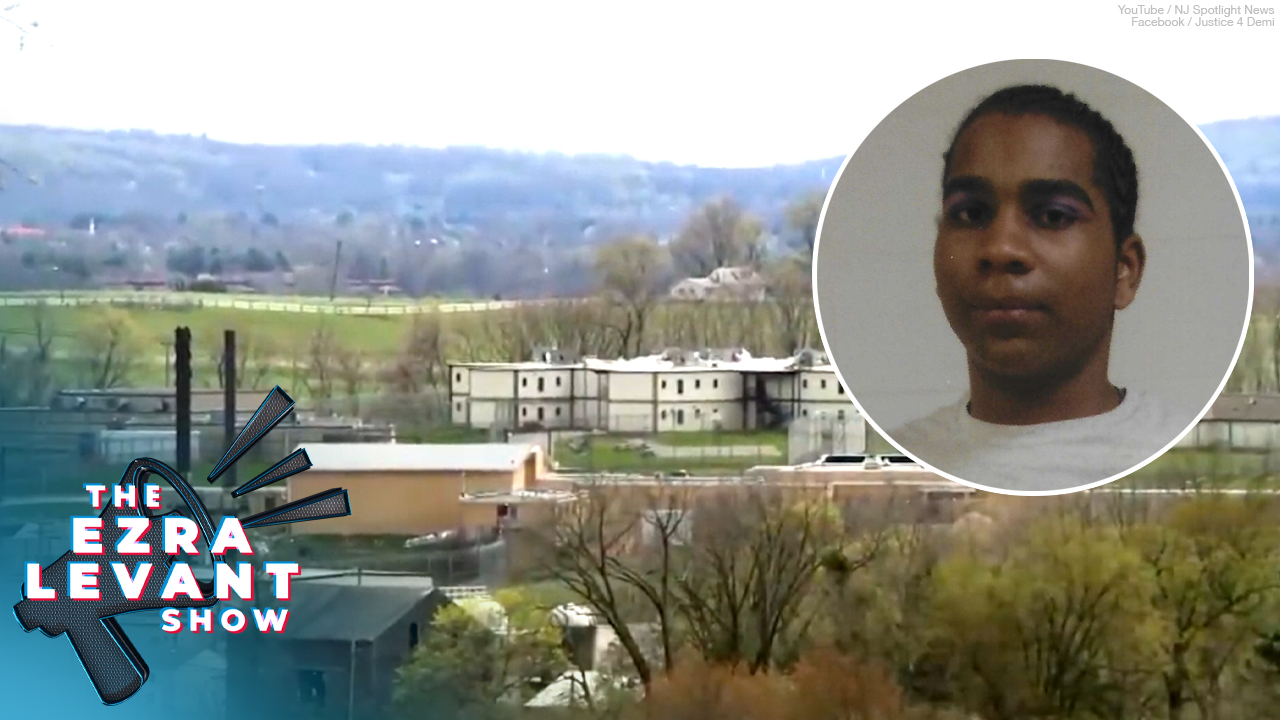 Until a few years ago, if a man said he was a woman, that was considered a mental illness. Then in December of 2012, a small committee of the American Psychiatric Association voted to stop calling transgenderism a mental illness. It had been the consensus of medical science that it was a mental illness, called gender dysphoria, and you treated that illness — you tried to make someone abandon that idea; you wouldn’t submit to it, abide it, abet it, reinforce it, condone it, celebrate it, and cut off their genitals.

Did you know that medicine was done that way? Then Hollywood came on cue with transgender tv shows; and of course the Olympic medallist Bruce Jenner, now called Kaitlyn Jenner.

That was not even a decade ago. Now it’s gone from a disorder to positively being prescribed.

At least Maher is talking about it. You can’t talk about it a lot. I’ve seen censorship about Islamic issues; about COVID vaccines; but I’ve never seen anything as harsh and quick as censorship of trans issues.

Right now, the conservative public intellectual Jordan Peterson is banned from Twitter for “misgendering” someone — that is, calling them by their inherent sexual identity, as opposed to what they politically say they are. You’ll get banned for “deadnaming” them, too — saying the name their parents gave them, not their adopted name. I wonder if that actually applies to the parents of trans people. I’m sure it does.

Ten years ago, no-one would have even understood the premise behind Matt Walsh’s new movie. It is just so absurd. But it’s proof of how a wall-to-wall propaganda and education campaign can change the culture. Here’s the trailer for that movie:

Just nuts. I think that movie is a comedy; it’s not meant to be; but the foreigners — especially those folks from Africa — think it must be a joke. Joke's on us.

A transgender woman behind bars at a New Jersey women’s prison impregnated two fellow inmates, prompting officials to move her to a different facility, a report revealed Saturday.

Minor, who is serving a 30-year sentence for manslaughter, is in a vulnerable unit in the new facility where she is the only woman, the spokesman said.

Oh. Just manslaughter. Hey, sure, put him in with the girls. He killed someone. But he says he’s a gal now, so put him in with women. They’re in cages; they can’t run away; he’s obviously in close enough contact with them to impregnate them. Sure, that’s safe.

Is that consensual sex, or rape? Either way, what the hell is going on in prison?

Look at this line:

She claimed guards denied her request to be strip-searched by a female DOC officer.

Laugh if you like. But that is how it goes — here in Canada, too. A prisoner has the right simply to “identify” as a woman, even if he’s got a full beard, all his gear, and to demand that a female prison guard do the strip search on him. What about her rights?

This isn’t about equality anymore, is it?

How does it work, though, when everyone starts calling men women? I mean, what if describing someone as they are is important?

So, if you actually wanted to find this person, who seems to be called Isobella Degrace, if this person is missing, and you want to tell the public who to look for, why would you say, “missing woman”? That is, if you’re actually trying to find them — as opposed to show how exquisitely politically correct you are.

I’m no scientist, but I know that. Apparently Joe Biden’s new Supreme Court judge can’t quite tell, though.

So it’s not quite laughs. Not a laugh for the two women in a prison who were impregnated by a man in there. Do you really think that’s consensual? When you’re locked in close quarters with a killer? Is that really consensual?

Oh, and here’s news from the United States military:

Exclusive: Army Training Says Soldiers Must Shower with Transgender Persons of Opposite Sex

An Army training slide obtained by Breitbart News instructs soldiers to shower with transgender members of the opposite sex even if they have not undergone a surgical transition.

And you’ll be fired from the army if you don’t submit to this.

You’re being told to ignore the evidence of your own eyes.

Lia Thomas, a genetic man who still has his twig and berries, has more rights than a biological woman. Here’s how: if you tell a woman she is not a woman, that’s not a crime, that’s not an offence. That’s just rude.

But if you say that Lia Thomas, or that bloke the Toronto Police were looking for, or the killer in that New Jersey jail, if you say they’re not women, you can get fined, jailed, fired, whatever. Banned from social media.

Men have more rights than women to be called women.

It’s not funny; it’s not sane. It was a joke; now it’s the law. And if you’re not against this, do me a favour — don’t call yourself a feminist.

GUEST: Rebel News reporter Lincoln Jay (@LincolnMJay) on his experience covering the Dutch farmer protests in the Netherlands for FarmerRebellion.com.