Green Party leader Annamie Paul under attack by own party 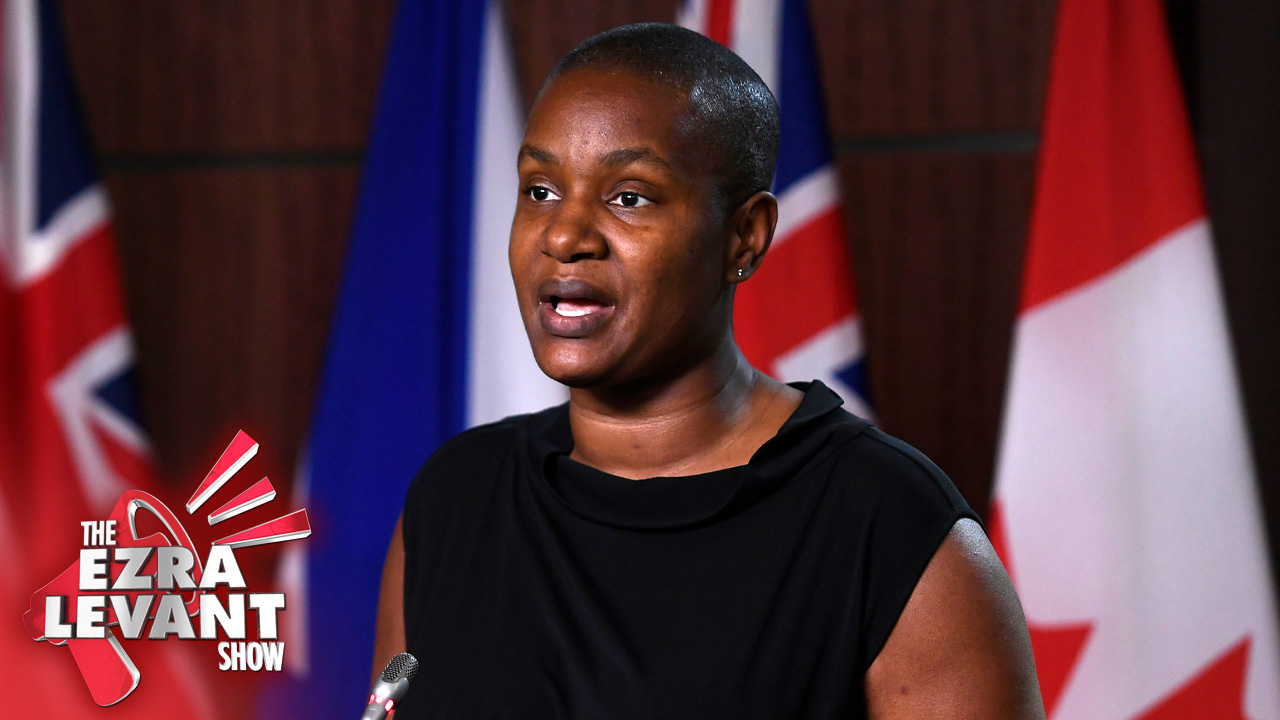 David Menzies steps in to guest host tonight's Ezra Levant Show while Ezra is on assignment in Alberta.

As Kermit the Frog once crooned, “It’s not easy being green.”

Annamie is under attack these days. Which isn’t unusual when it comes to the bloodsport that is politics. It’s just that the attacks are coming from within her own party, mutiny-style.

Indeed, according to media reports, the Green Party's governing body was planning on holding a confidence vote on Paul's leadership. This would also entail reviewing her membership in the party. But these plans were cancelled – no doubt due to the looming federal election that seems likely to occur sometime in September.

But make no mistake: this was not a complete victory for Paul. The Green Party executive fired the staff in Paul's office. And it did not release any funding to support her riding campaign. What a fascinating election strategy!

But the question is: why the acrimony? Why the infighting? Why the hate-on for Ms. Paul? Well, the unspoken reason why so many Greens are turning red with rage regarding Ms. Paul seems to have everything to do with… her opinions regarding Mideast policy?!

When tensions were hitting a boiling point with Israel and Hamas back in May, Paul issued a statement calling for a de-escalation and a return to dialogue. That sounds rational, but not to the “progressive” Israel-haters in the Green Party, of which there appears to be many.

Indeed, there are rumblings of full-out antisemitism within the party. And I think this hate really ramped up when word got out that Annamie Paul is — wait for it — Jewish. You know, I bet most people — Green Party members included — had no idea about Annamie Paul’s faith. After all, being female and black, Annamie was well on her way toward a Royal Flush in the identity politics card game. But her being Jewish and pro-Israel… ouch! That’s a bit of a setback, isn’t it? Well, at least in the eyes of the uber-progressives who make up the Green Party rank and file.

By the way, Annamie Paul has found out that she has few friends outside the Green Party, too. For example, the other day, the Justin Trudeau Liberals held a national antisemitism summit. First, Annamie was not allowed to attend. The optics were pretty putrid regarding that snub, so the Liberals reversed course. Well, sort of. Check out Annamie’s tweet on the ground rules of her being permitted to attend:

“The government just sent a link for today’s Antisemitism Summit. I can observe, but I can’t speak. Reason: ‘to ensure the summit remains a space where community members can express their opinions & ideas.’ I am Jewish. This is my community.”

The government just sent a link for today's Antisemitism Summit. I can observe, but I can't speak. Reason: "to ensure the summit remains a space where community members can express their opinions & ideas".

I am Jewish. This is my community. #cdnpoli

Then again, why would Justin Trudeau want a bona fide black female to attend such a summit? After all, doesn’t he already have both of those bases covered? Justin identifies as a feminist — even though there are plenty of females who would take issue with that descriptor. As for skin tone, Justin merely has to tiptoe over to his tickle trunk and get reunited with that jar of blackface makeup.

But now, this just in: it looks like the mutiny against Annamie Paul is back on, big time. The Green Party is taking her to court. The party wants to overturn the arbitration that cancelled the confidence vote and membership review.

It sounds so surreal, so incredible, that on the eve of an election, a party leader’s biggest battle would appear to be with members of her own party rather than with other political parties. We just had to see this lawsuit for ourselves, so yesterday, our lawyers sent a process server to acquire a copy of these documents, which were filed Wednesday in Toronto in the Ontario Superior Court of Justice.

Bottom line: the documents clearly indicate that the Green Party is at war with itself. It’s kinda like what would’ve been the case in Ontario during the 2018 election campaign if Patrick Brown was allowed to remain on as leader of the PC Party. The only difference being that Brown deserved to be ousted, given that his actions proved he was a closet Liberal. Whereas, in my opinion, Annamie Paul does not deserve to be removed, given that her only sin is that she is simply too pro-Israel, she is… you know, a little too “Jew-y.” If she really wanted to curry favour with her party, she would re-imagine herself as an Israel-hating atheist promoting the BDS movement. The progressives just love those kinda cats.

But turmoil aside, my open question to Ms. Paul is simply this: why would you even want to lead this pathetic band of antisemitic scoundrels in the first place? Were I her, I would move on from this grotesque dumpster fire in a heartbeat. The Green Party simply doesn’t deserve Ms. Paul, rather than the other way around. Or, put another way, to paraphrase Elizabeth May herself circa 2015: Annamie Paul, you have more F’ing class than the entire Green Party combined.

GUEST: Andrew Lawton (@AndrewLawton on Twitter) on the Etobicoke gym that is banning vaccinated people.