It’s the anniversary of the Tiananmen Square massacre. And China is worse than ever. 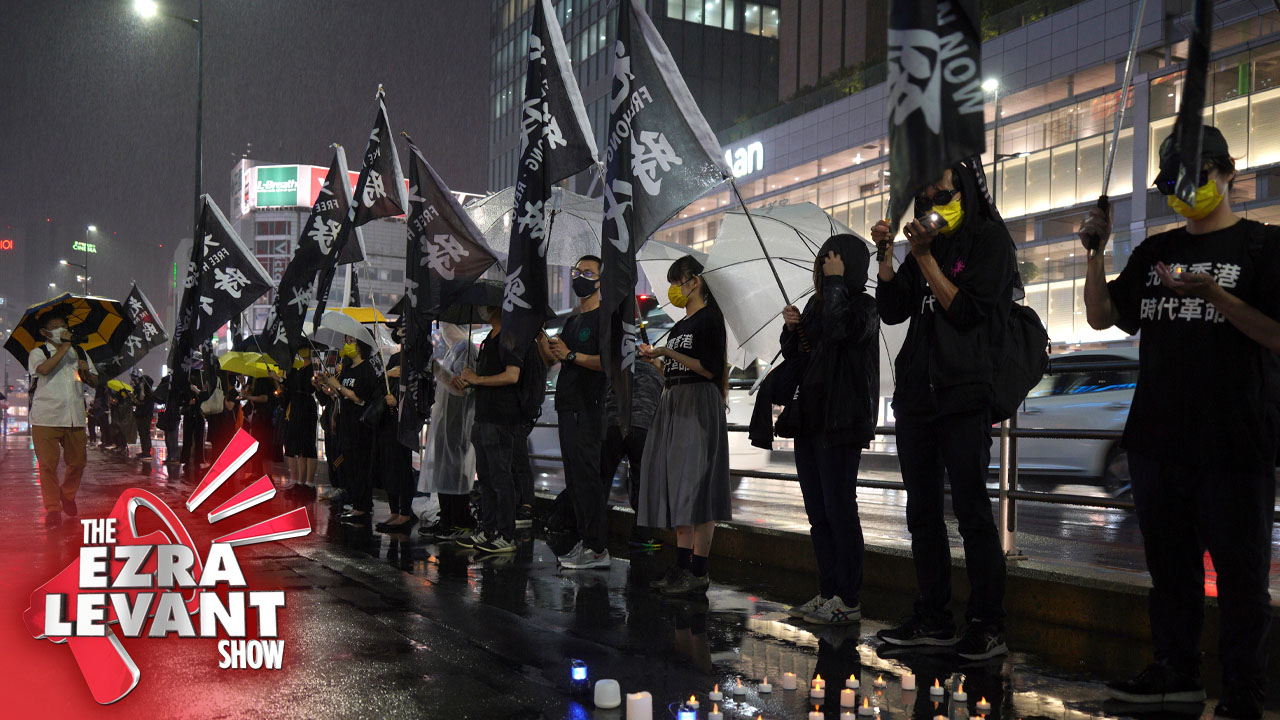 On this day, in 1989, Chinese tanks, under the direct command of the Communist dictatorship, attacked thousands of pro-democracy students who had gathered in Tiananmen Square in the heart of Beijing. Tiananmen — means for heavenly peaceful gate. But of course it was just another Communist slaughterhouse.

According to the British embassy, at least 10,000 people were murdered that day.

One man was the symbol of that day, to the west — a brave young man literally standing in front of a column of tanks. And staring them down. What an inspiration.

Except of course it didn’t work.

That young man surely died. It was a brave moment, but just a moment. And after some huffing and puffing, well, the world moved on.

After all, China was opening up its economy and there were plenty of people who wanted to make a buck or two billion there. Including Canada’s Jean Chretien. He was prime minister from 1993 to 2003. He loved China; his family are huge investors in China; his son-in-law is a senior executive at Power Corp, a massive China company.

And weeks after he finished being prime minister, he went to work for China and in China.

That was the way. Just too much money.

Nike and Coca Cola literally lobbied against a U.S. bill that addressed the Uyghur genocide. They love that money too.

That’s where we are today. And literally today, on the anniversary of Tiananmen, look at this.

It's in English; from China’s propaganda website, Global Times. Published on Twitter — which is banned in China, by the way.

If they can get John Cena to blubber, and Nike — the brand of Black Lives Matter, the brand of Kaepernick, the 'take a knee' guy — to lobby for genocide commerce, why not laugh?

So, to be clear: they’re not ashamed anymore. They’re proud of it.

Senator Peter Harder, an ex-civil servant who later led the Canada-China Business Council, told Senators Thursday it’s self-righteous to pass a motion urging a boycott of the Beijing Olympics over repression of Uyghurs given Canada’s “cultural genocide” of residential schools.

Got it. He literally stood up in Canada’s Senate and said it’s self-righteous to criticize China — we’re the genociders, not them.

Did China write his speech?

In fact, China is pushing forward. Pushing on Tiananmen Square — that’s a terrorist incident, don’t you know! It’s a laugh that anyone would support them!

And they’re pushing back on the virus origin story too:

JUST IN - China accuses the U.S. and Japan of running a secret biological warfare development program.pic.twitter.com/G1IWsqMs14

Who will push back against this? Trump is out of the picture. Joe Biden’s son worked for China, did billions of dollars of business in China. So who?