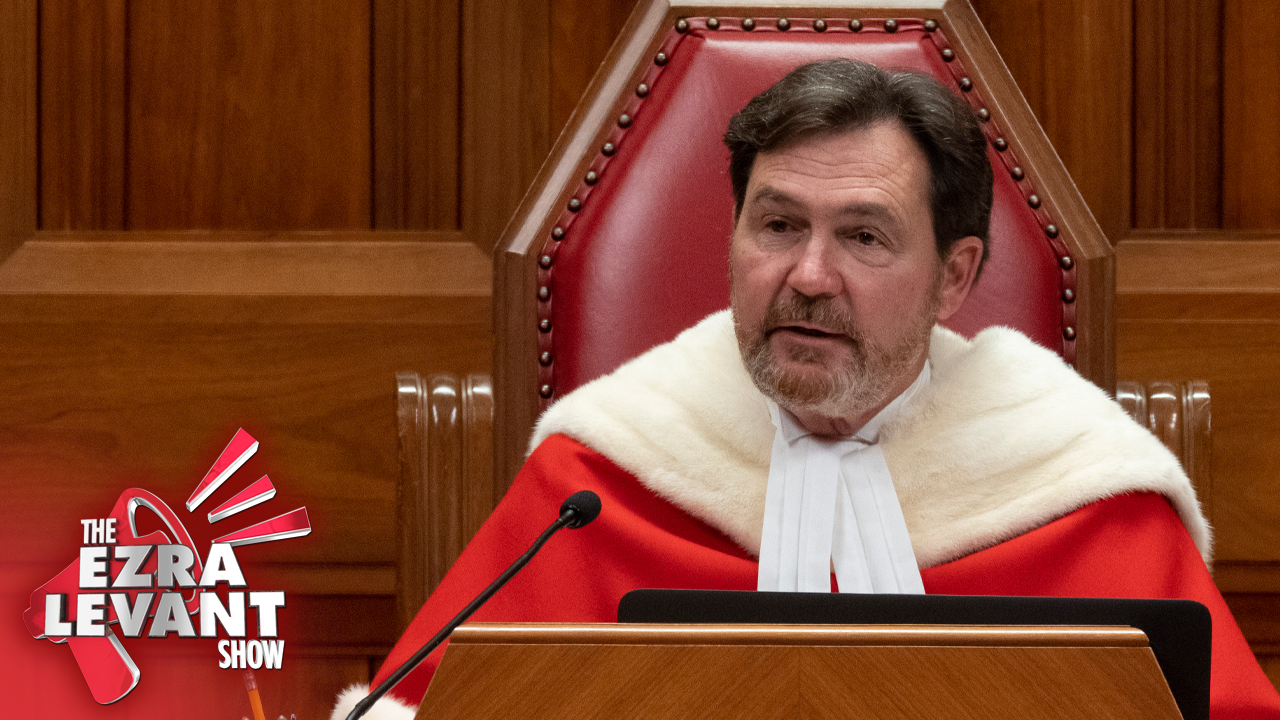 Tonight's Ezra Levant Show will be late due to a known technical issue. Please come back soon!

Do you know how much money the Chief Justice of the Supreme Court of Canada makes? Well, it’s right there in the Judges Act, section 9.

(Puny is actually how you pronounce that word — it has a similar meaning, a judge of lower rank.)

So the chief judge in Canada makes north of 400 grand. And then there’s the expenses. And the general luxury that comes with the job.

So the Supreme Court judge makes more than Trudeau.

The chief judge of the Supreme Court, the guy making $400K, is named Richard Wagner. Stephen Harper put him on the court, and Trudeau promoted him to Chief Justice. Wagner took over from the disgraced Beverley McLachlin, who held that post for seventeen years, overseeing its radical lurch to the authoritarian left. We later found out that Trudeau regarded McLachlin as a go-to judge for fixing political problems — very troubling revelations about how in the pocket she was of Trudeau and, worse, the corrupt Gerald Butts.

Look at this. It’s a story in Quebec’s Le Devoir, from April. I’ll read the headline in French:

The chief judge of Canada has not forgotten the odour of anarchy. He was talking about the truckers. And that’s what he said. I’ll put the rest of the story through Google translate:

“What we have seen recently on Wellington Street here is a small beginning of anarchy where some people have decided to take other citizens hostage, to take the law into their hands, not to respect the mechanism. [...] I find that worrying,” he says in an exchange with Le Devoir as the 40th anniversary of the Canadian Charter of Rights and Freedoms approaches.

Coups against the state, justice and democratic institutions such as the one inflicted by protesters at the doors of the Prime Minister's Office and the Privy Council, Parliament, the Supreme Court of Canada and the Parliamentary Press Gallery between January 28 and February 21 must be strongly denounced by all figures in the country's power, says Mr. Wagner.

Oh. Really. So there hasn’t been any trial yet. No facts proven in court. Just hype in the media — much of which has been revealed as lies, like the lie that there was an arson, or the lie that there were weapons. I was there myself — to call it a hostage-taking is obscene and hysterical. But the judge has made his judgement first — no need to wait for a trial. It must be strongly denounced by everyone, he says.

Oh. Gee. I wonder if any trucker case comes before him if they can expect a fair hearing. I mean, he’s just called them anarchist hostage-takers who need to be denounced. How can anyone have a fair trial? And how can any lower judge possibly be relied on to be objective and unbiased, too, knowing what the boss judge thinks? This is why judges normally don’t do interviews with journalists, at least not about cases that are still before the courts.

I wonder if this is why accused truckers have been given such brutal bail conditions — like, not being able to say anything political in public; not being allowed on social media. Of course it is.

Those institutions are deeply political. The Bank of Canada just admitted it had failed; and we see the Supreme Court being politicized by its judges. But I could be wrong — maybe they’re both great and in the best of health. But this Liberal doesn’t think we can even have a debate on it — he said we must, quote, “put a stop to this”.

And the “this” he wants to stop is criticizing the government.

That’s pretty much the whole enchilada.

Oh — and they mean it, if you hadn’t noticed.