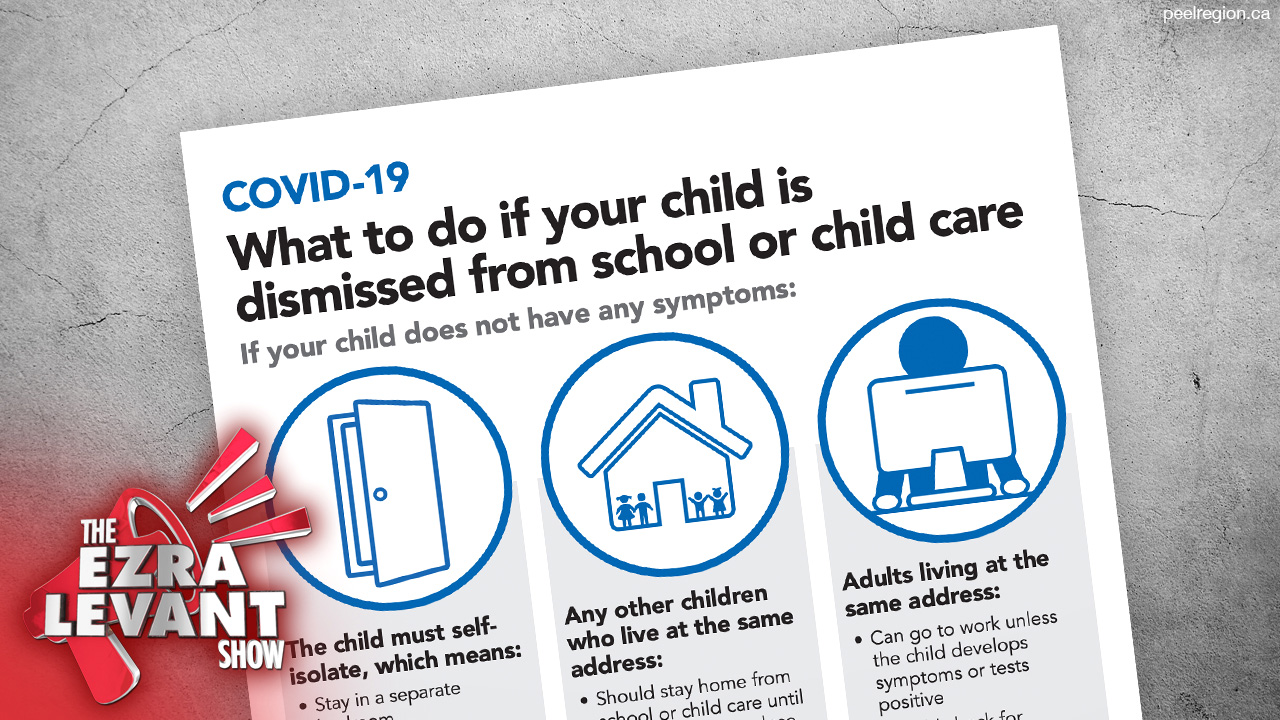 Let me tell you about an interesting story. It started on Twitter, with some moms. They had received some propaganda from various government agencies in Ontario that I think most people see and tune out — it’s endless government public service messages, designed to be boring.

But these moms read it, and started to tweet it. It was ignored by the bigshots in the media — CBC, CTV, the Globe and Mail. They’re 100 per cent in favour of the lockdown. They’re in favour of most things that Trudeau wants. Because they work for him, in one way or another.

So this or versions of this is what moms were tweeting about what to do if you child is dismissed from school and does not have any symptoms.

Maybe someone else in the class was sick, but your child has no symptoms. What should you do? A normal parent or a normal doctor would say, “keep an eye on things, but don’t be a weird freak”.

The Peel Region, which is a large municipality outside of Toronto says:

For other kids at the same address:

Any other children who live at the same address: should stay home from school until the child who is a close contact returns to school.

And the last point:

Should not go out to play with friends or see family who don’t live with you.

And remember — this is all for a kid sent home with no symptoms.

Child abuse. That’s what this is.

NEXT: Keean Bexte (@theRealKeean on Twitter) calls in to talk about his experience at a COVID jail.