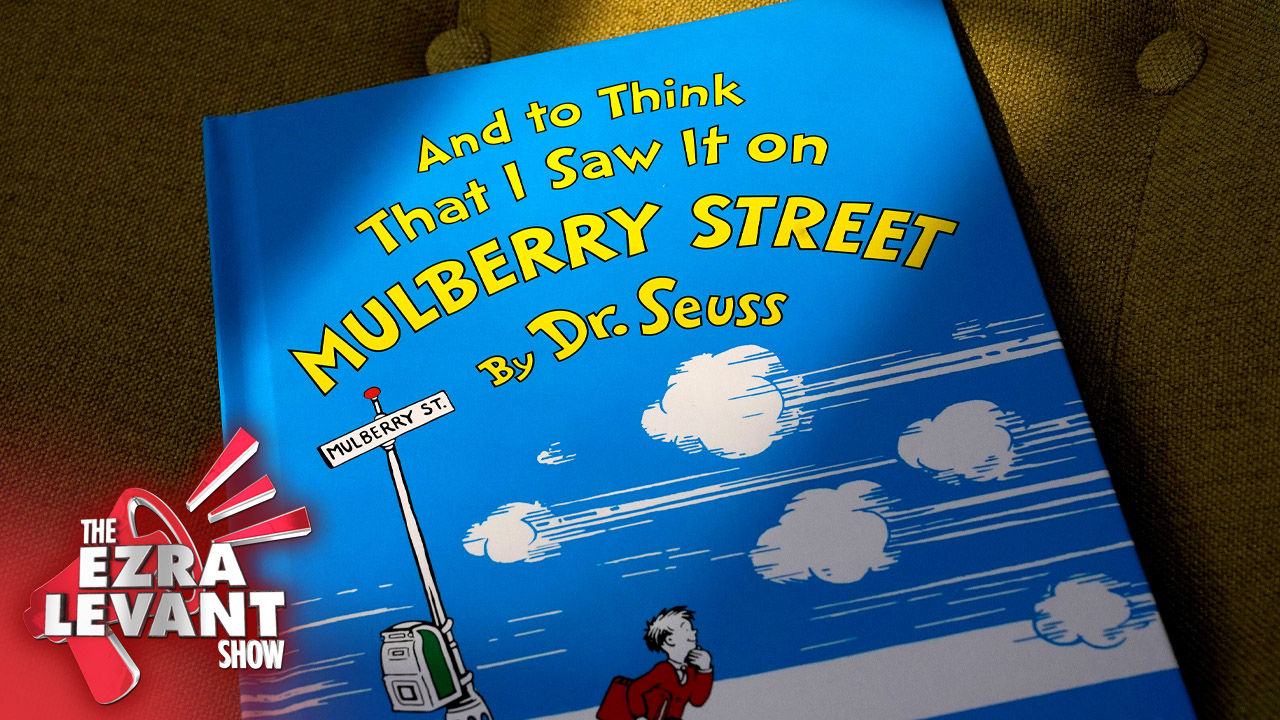 If you’ve ever had kids, you know Dr. Seuss. Because he makes the best kids books. Before him, books about learning to read were pretty boring. But then he decided to make them funny, ridiculous, hilarious, and rhyme.

One of the things you’ll know about Dr. Seuss is that most of the people in them aren’t actually people — they’re critters or creatures of bizarre imagination. It was about imagination and silliness and learning to read without thinking about it, because you’re thinking about the silly rhymes and silly pictures.

Sometimes there was some subtle politics. In Horton Hears a Who, a huge elephant hears tiny voices, and it’s a whole tiny world he saves. The catch-phrase, “a person’s a person no matter how small” — has been interpreted as being pro-life. Great — it is. So what?

In 1974, he gave permission to Art Buchwald to rewrite one of his poems as an anti-Nixon poem — this was the Watergate era.

So the man wasn’t a political blank slate.

But the shocking news, real news, is that Dr. Seuss’s estate has announced that it will simply stop printing six books. I thought this couldn’t be true, but it is:

Today, on Dr. Seuss’s Birthday, Dr. Seuss Enterprises celebrates reading and also our mission of supporting all children and families with messages of hope, inspiration, inclusion, and friendship.

We are committed to action. To that end, Dr. Seuss Enterprises, working with a panel of experts, including educators, reviewed our catalog of titles and made the decision last year to cease publication and licensing of the following titles: And to Think That I Saw It on Mulberry Street, If I Ran the Zoo, McElligot’s Pool, On Beyond Zebra!, Scrambled Eggs Super!, and The Cat’s Quizzer. These books portray people in ways that are hurtful and wrong.

Ceasing sales of these books is only part of our commitment and our broader plan to ensure Dr. Seuss Enterprises’s catalog represents and supports all communities and families.

That is so gross. They are erasing, unpersoning, destroying. I know that Mulberry Street book. It’s such a fun book — you have to find strange things, like an upside down tree, or a car without a wheel, or whatever. No normal human would think it’s offensive.

So you might say, that’s just some wacky woke Dr. Seuss heirs. Just like John D. Rockefeller’s great grandchildren are communists that the old man would despise.

But it’s not just the wacky grandkids. It’s the president of the United States.

Now, there was a glimmer of hope out there for a moment.

An NDP MP named Charlie Angus, who once in a while shows flashes of common sense, he tweeted this:

Dr. Seuss created a wonderful, messy and subversive world of images and possibilities. My childhood imagination was enthralled by "And to think that I saw it on Mulberry Street". Such a tragedy to watch them take a political eraser to his legacy.

But as you can see, that is not Twitter. That is an automatic archive of twitter, called Politwoops. It is a robot that screenshots any tweet that a politician deletes. So you can see that Charlie Angus bravely stood against cancel culture and taking an eraser to history.

For two full minutes, if you can see that. Until he himself took an eraser to history.

NEXT: John Carpay of the Justice Centre for Constitutional Freedoms on his team's religious liberty litigation in Canada.