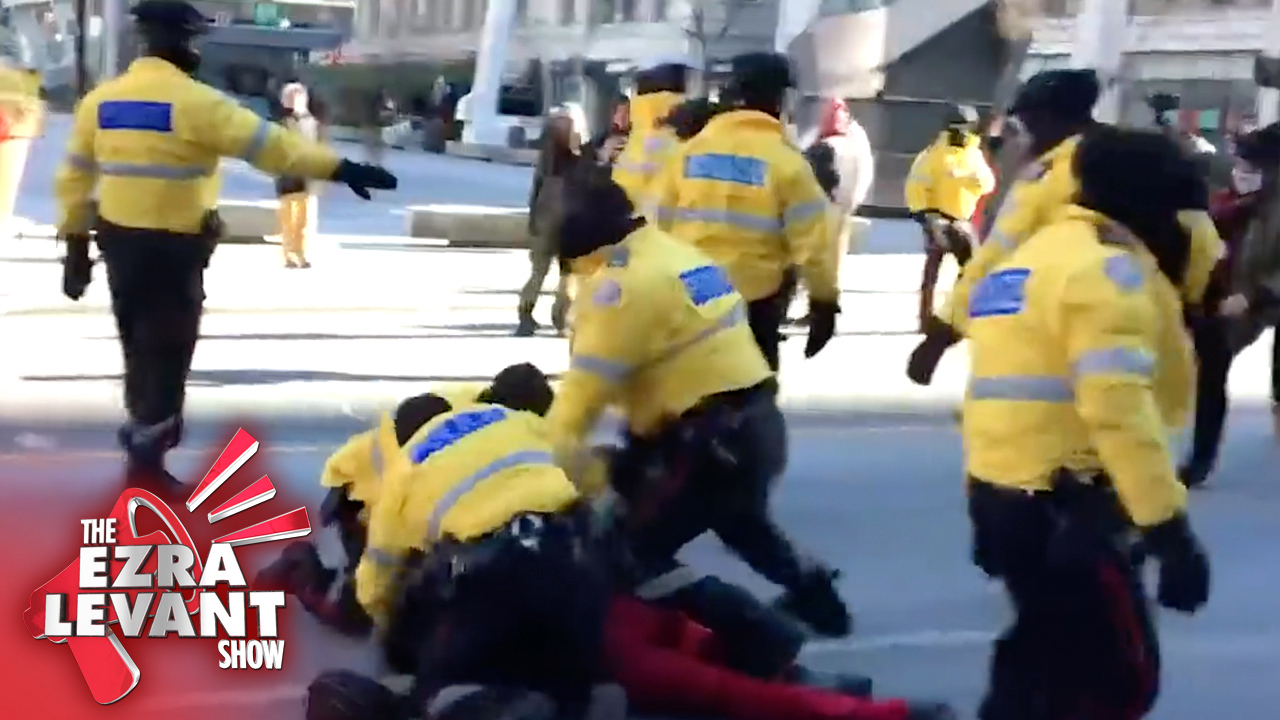 Yonge-Dundas Square, which should exist as the heart of the city of Toronto, is now a no man’s land.

But last Saturday morning, I ventured into the Forbidden Zone of Yonge-Dundas Square. And look what I saw: a crew that puts together the Middle East Toronto blog had congregated there. And low and behold, police weren’t cracking heads on this day. Rather, a police officer was being interviewed!

The Middle East Toronto blog people were completely accommodated – and I’m happy for them, really, because I adore that silly little concept known as freedom of the press.

But later that same day in the afternoon, check out who was occupying the public square, brandishing flags and signs – none other than members of the Liberation Tigers of Tamil Eelam (a.k.a., the LTTE, a.k.a, the Tamil Tigers.)