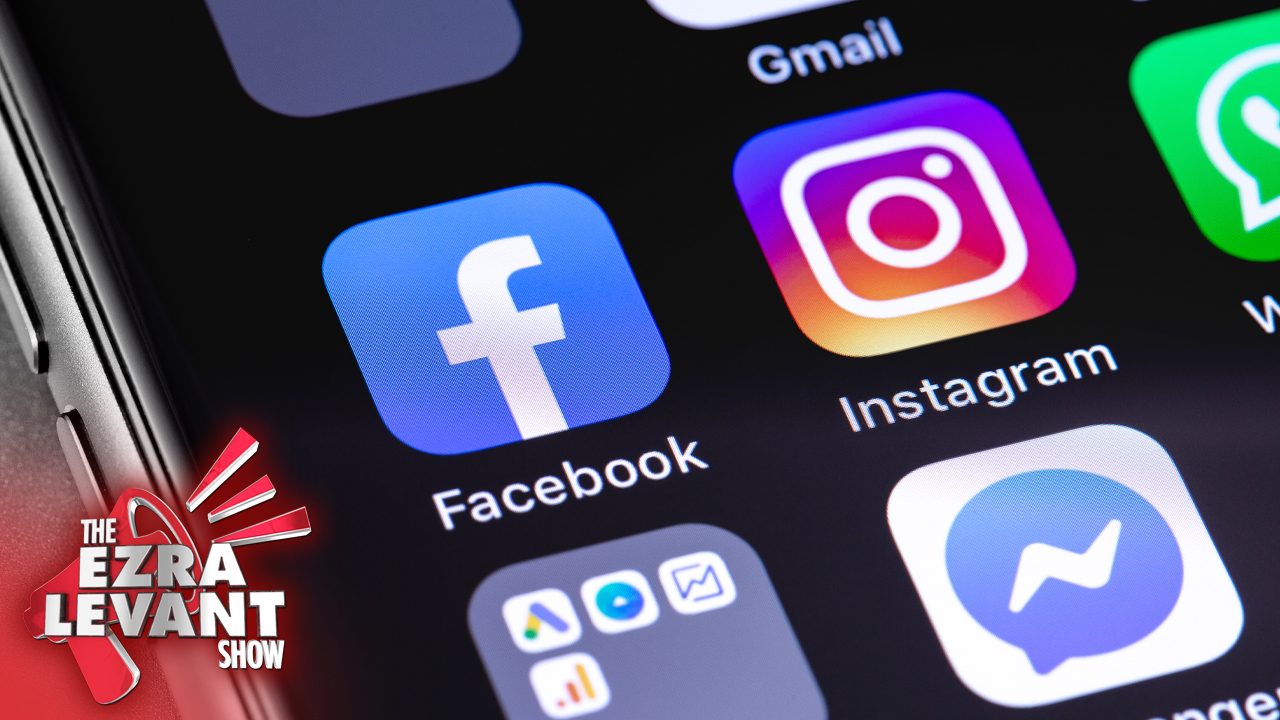 You know we get censored by Facebook and Instagram all the time. There are certain news stories we do — and opinion commentaries — that we simply don’t post on there. The news reports are all factually true; the commentaries are all reasonable opinions.

But Facebook and Instagram are effectively political censors. So if we disagree with lockdowns, or if we disagree with any public health order — which is a political order, not a doctor's order to a patient — we would be suspended. By the way, many of the things they censor later turn out to be true.

Besides banning people who are skeptics of COVID mania, or lockdowns, or who are too Trumpy, you should know that social media companies also ban graphic violence, and they also ban calls for violence.

Probably a good rule to ban that.

But yesterday, Reuters reported that Facebook and Instagram — which are both owned by Mark Zuckerberg’s company called Meta — they made a change to their policies. You can now absolutely call for violence against someone — as long as that someone is Russian. I’m not even kidding, let me read to you the story:

Meta Platforms will allow Facebook and Instagram users in some countries to call for violence against Russians and Russian soldiers in the context of the Ukraine invasion, according to internal emails seen by Reuters on Thursday, in a temporary change to its hate speech policy.

The social media company is also temporarily allowing some posts that call for death to Russian President Vladimir Putin or Belarusian President Alexander Lukashenko, according to internal emails to its content moderators.

“As a result of the Russian invasion of Ukraine we have temporarily made allowances for forms of political expression that would normally violate our rules like violent speech such as 'death to the Russian invaders.' We still won't allow credible calls for violence against Russian civilians,” a Meta spokesperson said in a statement.

Oh. So that’s a relief. You can’t just randomly call for a mom and her baby to be slashed with a knife. But you can do that towards political leaders, you can call for assassinations.

This is also from Reuters:

Russia opened a criminal case against Facebook's parent Meta Platforms (FB.O) on Friday after the social network changed its hate speech rules to allow users to call for “death to the Russian invaders” in the context of the war with Ukraine.

I think that might be fair. I mean, I don’t like censorship, Putin’s restrictions on Facebook remind me of Trudeau’s restrictions on Russia Today, and his attempts to squash us here at Rebel News. Putin and Trudeau are similar that way.

But there is something to it, if one of the largest companies in the world, with 2 billion users, now okays calls to violence.

And of course if you whip up anti-Russian sentiment, that doesn’t have to be acted on in Russia alone. There are 600,000 Russians in Canada; there are people with Russian-sounding names — even Ukrainians with Russian sounding names.

There are Russian restaurants and Russian stores, with signs in Cyrillic. It’s just not every day that you see this normalization of something so abnormal as wishing violence on not just someone, but a group of people. The left used to call that hate speech. Now it’s just what we do.

So Facebook and Instagram, owned by Meta, are worth about 600 billion on the stock market. They’ve got huge assets, huge cash flow. What a business.

And that business just declared war on Russia.

But instead of thinking of Mark Zuckerberg as a businessman or a nerd or a censor, what if we gave him a different title: oligarch. Is it not accurate? Him and Jeff Bezos and the rest of the tech mafia in Silicon Valley. Why wouldn’t we call them oligarchs?

I’m not here for Putin. I’m here for me and you, as Facebook users. I don’t like being censored by Zuckerberg. But even worse, I don’t like the whimsical approach Zuckerberg has taken to enforcing rules — if you’re his enemy, you can be killed; if you’re his friend, nothing bad can be said about you.

Putin has revealed his true colours in this war. He really is that old KGB agent, isn’t he.

But I think it’s revealed the true colours of our oligarchs. And what they would do to us if they could — and really, I think they could.