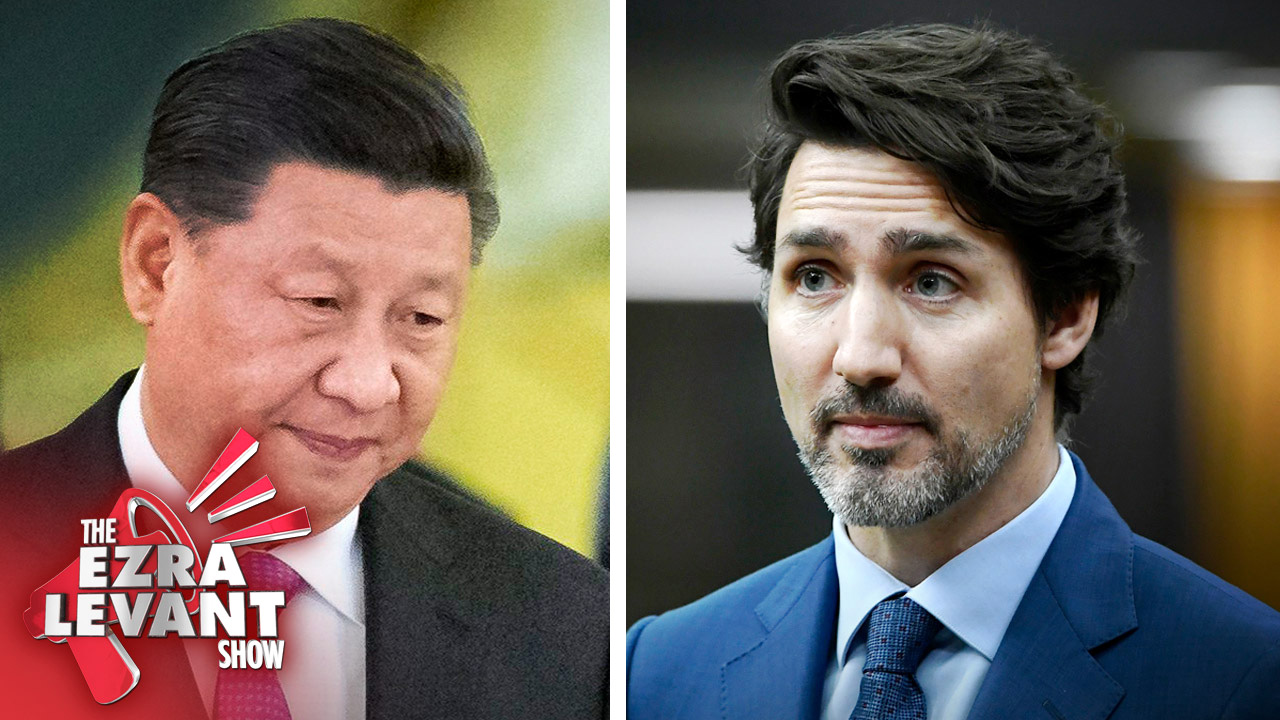 The funny thing about China’s Communist Party is — like, say a wild animal — it can sense fear.

The classic proof of that is nicknames — the most personal expression of admiration or contempt. Compare how the Chinese treat Donald Trump, the most vocally anti-China president in history. They call him “Donald the Strong.”

Compare that to our "little potato." That's what they call Justin Trudeau.

We all know that China is really, really mad at Trump now. Trump just cut off funding to China’s World Health Organization; Trump is pressing countries to bring back their factories from China to America. Secretary of State Mike Pompeo is repeatedly blaming the Chinese government lab for releasing the virus — Pompeo says it’s an accident, but he clearly blames that Wuhan Virology Institute, not bat soup.

And yet, could you even imagine, for one second, China taking two U.S. citizens hostage like they took two Canadians hostage 17 months ago?

Trudeau sending 16 tons of masks to China, in February, didn’t change their mind. That just confirmed who Trudeau was.

The Liberals have nixed a farm aid proposal of $2.6 billion. Trudeau will give $252 million dollars — one tenth of what was proposed.

But he'll give more than $800 million for China’s World Health Organization.

So what does China’s Communist Party think of all this?

Canada recently joined a chorus initiated by the US questioning the WHO’s role in the global response to the COVID-19 pandemic. (...)

Canada is again becoming an accomplice in the US “buck-passing” campaign and scapegoating either WHO or China for its flawed handling of the epidemic to cover up its systematic loopholes.

Like the US, Canada acts like a country with a self-centered “giant baby” mentality who refuses to accept the fact which it is unwilling to believe. The coronavirus had struck a blow to their once vaunted “superior” capabilities in responding to public health crises. The death rate from the coronavirus in Canada, higher than that of China, crushed their illusions and sense of superiority.

TONIGHT I'll take your through this report: It’s a weird look into the mind of the Communist Party.

But it’s also something that Trudeau and Theresa Tam and the rest should read.

If China’s Communist Party is praising you, you’re being a Canadian wrong.

Tonight he joins me to talk more about it.