Is singer Bryan Adams racist for swearing at China? The CBC thinks so. 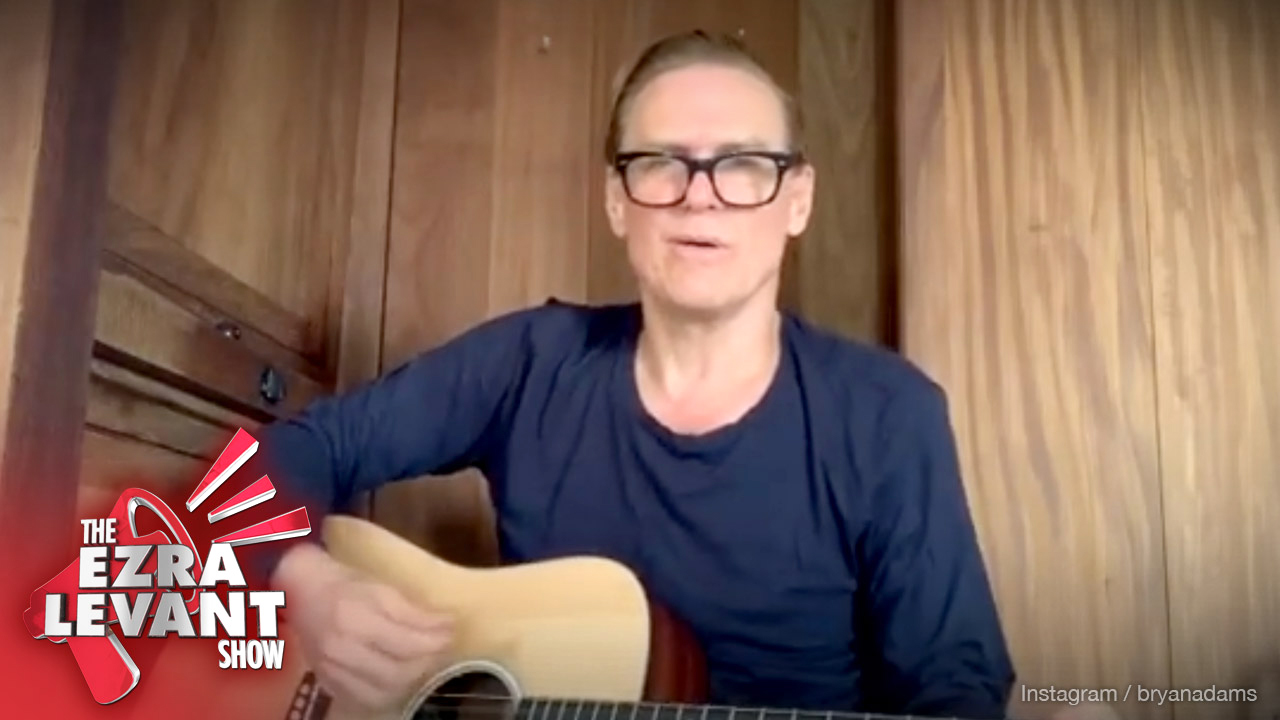 You know Bryan Adams — the great Canadian easy-listening rock star whose 80s hits like "Run to You" and "Summer of 69" made him a Can-Con staple.

And obviously, like everyone else, he had a concert cancelled because of the pandemic.

So he took to Instagram to rant a bit:

CUTS LIKE A KNIFE. A song by me. Tonight was supposed to be the beginning of a tenancy of gigs at the @royalalberthall, but thanks to some ****ing bat eating, wet market animal selling, virus making greedy bastards, the whole world is now on hold, not to mention the thousands that have suffered or died from this virus. My message to them other than “thanks a ****ing lot” is go vegan. To all the people missing out on our shows, I wish I could be there more than you know. It’s been great hanging out in isolation with my children and family, but I miss my other family, my band, my crew and my fans. Take care of yourselves and hope we can get the show on the road again soon. I’ll be performing a snippet from each album we were supposed to perform for the next few days.

So: was Bryan Adams racist? Of course not. Is he mad at China? Of course he is. And you should be too. He’s mad at the Chinese government, the Chinese Communist Party.

But the CBC state broadcaster decided this Instagram post is worthy of a racist witch-hunt. It’s not real journalism — it’s part of the CBC’s agenda to excuse the Chinese Communist Party, and to paint critics of the virus as racist.

For one thing, they talk to "a prominent Chinese-Canadian activist" named Amy Go, president of the Chinese Canadian National Council for Social Justice, who is "shocked, disappointed and angry."

I hadn’t heard of her. Have you?

How about the "Chinese Canadian National Council for Social Justice”?

When the Chinese virus came to Canada in January, they started calling everyone racist who complained about the pandemic.

So who funded this whole thing? If you scroll down right to the bottom, you see something called "Hive."

I tried to contact this very prominent person, very famous, very credible, definitely not just some random person, and definitely, for sure, absolutely, not just a paid propagandist for a Chinese political organ. She absolutely came up with the money for this ad agency by herself — it’s Bryan Adams who needs investigating for being against eating bats, the racist...

I’m not sure if he even needed to do that.

I don’t think anyone thought for a moment that Bryan Adams is a racist because he’s mad about the virus, not even the CBC and Amy Go.

I think they just want to promote a narrative that Canadians are racist, and to be mad about the virus is racist, and to hold the Chinese Communist dictatorship to account is racist.

That’s the only way this fake news story makes sense.

Which is why Trudeau’s CBC state broadcaster is at the centre of it.