Who is allowed to ask tough questions about the vaccines? Anyone? 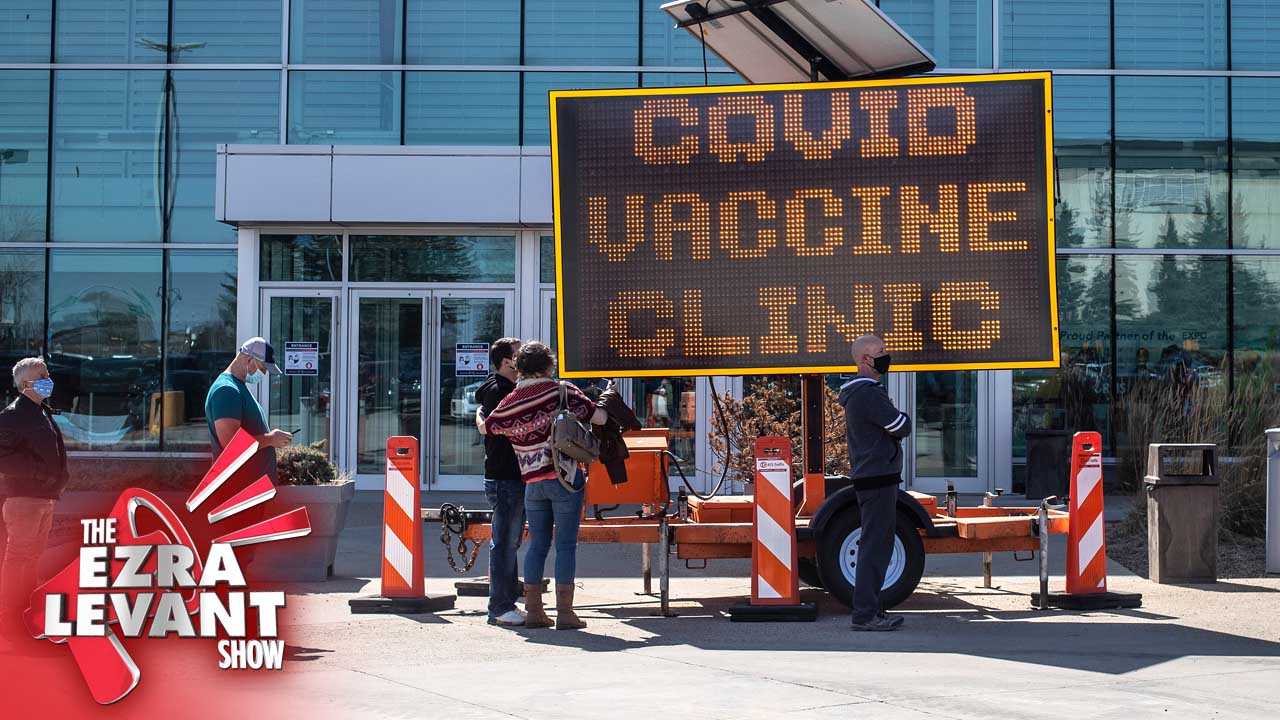 You know, you’re not allowed to talk about certain things. You’re not even allowed to ask certain questions.

That’s never a good sign. But it’s terrifying when it’s about the central crisis of our time — this pandemic we’re in, and much more gravely, the political-authoritarian response to the pandemic. That’s the real virus, I think.

Did you know there are rules about what you can or can’t say? Well, maybe not rules on you, but rules on me.

Look at the rules they have for talking about vaccines:

But look what they take that to mean now:

I remember in the early days of the pandemic, they actually surveyed working doctors around the world, on the front lines of this pandemic, and hydroxychloroquine and azithromycin were their top recommendations.

But you’re not even allowed to say that online?

Say, what’s the science on the vaccines? You know they’re all experimental, right? None of them would normally be injected into people at this early stage, right? You know that, right? They’re just for emergency use because of the pandemic.

But what about this AstraZeneca business? Is it safe? For whom? When? For one dose or two? How long should you wait between doses? Do the rules change because of science or politics?

But look at poor Charlie Angus. The NDP MP from Northern Ontario. I really like him half the time and I really don’t half the time. But he’s independent minded, so let’s give him that.
Look what he wrote:

I took the first dose of AstraZeneca.
The question is what is the plan for the second dose?
Ontario says its an issue of blood clots.
Alberta says its a lack of supply.
Justin is spinning the benefits of a "one dose summer."
People deserve clear answers from health officials. https://t.co/w3wBKhnV46

That’s Charlie Angus. NDP MP. Or as Jagmeet Singh would say — a white supremacist racist extremist. Or as YouTube would say: silence him.