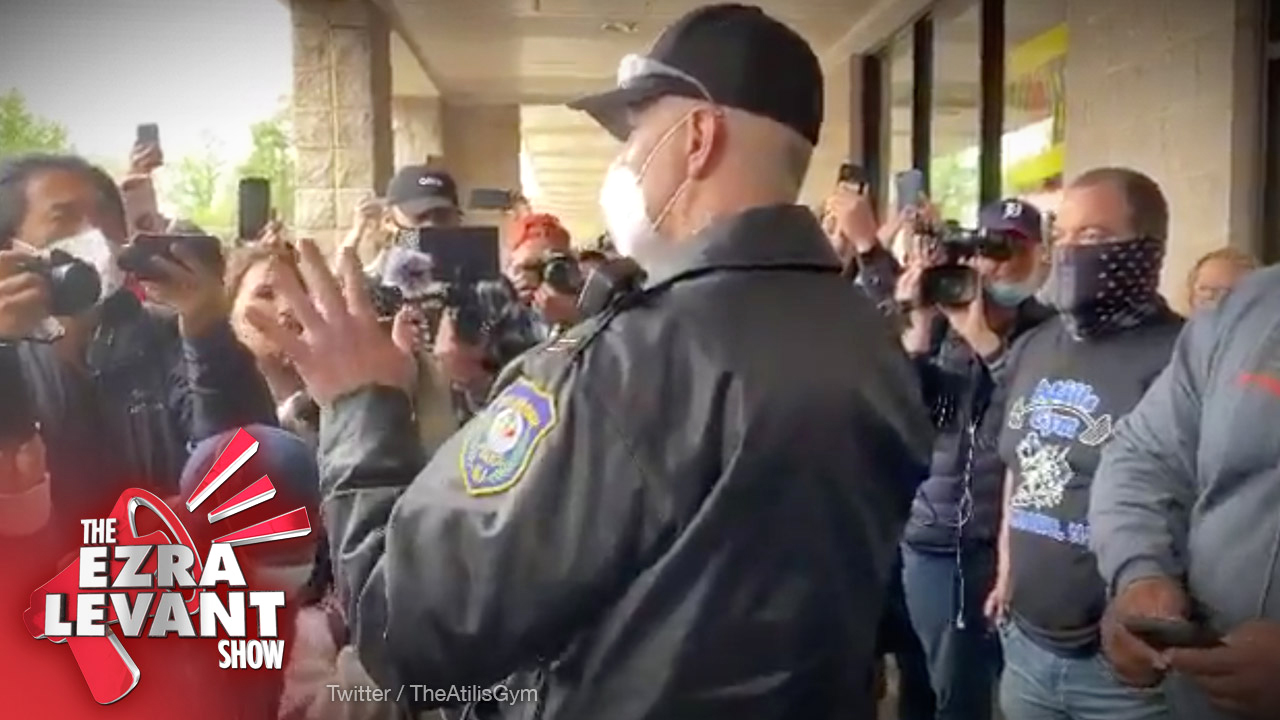 "Sanctuary" comes from the Latin word for "holy." As if there’s anything holy or moral about allowing criminals to break the law with impunity.

I’ve done some reading on the Biblical concept of a city of refuge — the original sanctuary city. A

nd they were not for murderers. They were for people who accidentally committed manslaughter. They had to confess what they did; they had a trial of sorts, to make sure they weren’t truly immoral murderers; and they had to atone. It wasn’t a get out of jail free card; and it wasn’t for morally guilty people. It was for mercy and repentance.

So when the prime minister of a country tells you you don’t have to follow the law of the country, it’s not honourable, and it’s not what the Bible said a sanctuary city was. It’s lawlessness; it’s a form of immorality.

Now, what about places now that want to get back to work? Sort of the opposite from left-wing cities. I’m talking about places that realize the pandemic panic was overblown, and it’s OK to go back to work, even though all the professional scolds and worriers have just got comfortable in their positions of power.

We were told to stay at home for two weeks. Well, it’s been two months. And the thing is pretty much over.

Show me someone who supports the lock-down today, and I’ll show you someone who is getting paid.

But gym owners, aestheticians, tattoo parlours, restaurants — well, they’re not deemed “essential,” you see. Except of course, to the people who want to go there, or who depend on them for a living.

So look at this:

Non-profit organizations, such as churches, are also allowed to reopen under the new resolution.

"This is America. You have the choice. It's time for the government to stop dictating another month, another three months, six months," said Atwater Mayor Paul Creighton. "When is it going to end? When everyone is bankrupt?"

Non-profit organizations, such as churches, are also allowed to reopen under the new resolution.

It will be interesting to see what happens in Canada. Are we passive — or will we stand up?

There are traffic jams in Toronto again. Not big ones, but irritating ones nonetheless. People are going out and about. I see some people with masks; but plenty without them. Kids are having playdates again. People are getting tired of being prisoners in their own home. Not that politicians ever followed those rules — but not they’re not even hiding it.

I like the idea of a sanctuary city for people who want to work, who realize that there is very modest danger, and that we know where it is and where it isn’t.

We choose life. We want to live. And maybe we could have some sanctuary for that.

NEXT: I talk to renowned China expert Gordon Chang about the current crisis in Hong Kong.