Twitter reveals plans to censor Trump in the upcoming election 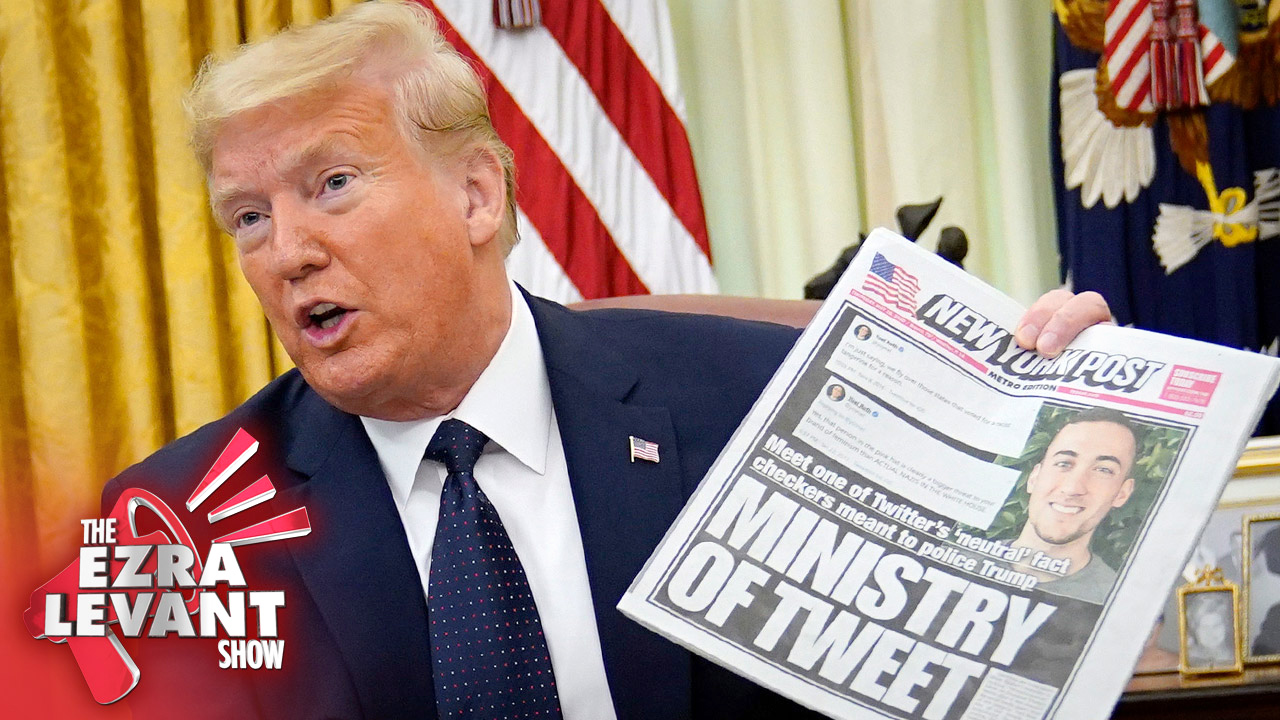 A couple of days ago, Donald Trump made a tweet, as he tends to do, to his 80 million Twitter followers:

There is NO WAY (ZERO!) that Mail-In Ballots will be anything less than substantially fraudulent. Mail boxes will be robbed, ballots will be forged & even illegally printed out & fraudulently signed. The Governor of California is sending Ballots to millions of people, anyone…..

....living in the state, no matter who they are or how they got there, will get one. That will be followed up with professionals telling all of these people, many of whom have never even thought of voting before, how, and for whom, to vote. This will be a Rigged Election. No way!

That’s clearly his political point of view, his opinion. It was actually a prediction, too — he thinks something is going to happen.

I think those are obvious risks with mail-in ballots, and I bet they come true. You can agree or disagree.

But look at the bottom of those tweets.

“Get the facts about mail-in ballots”

When you click it, you’re taken to this political advocacy page, put together by Twitter, that says:

Predictions cannot be "substantiated" until the future happens. If I were to say, “I predict that Joe Biden will be replaced by the Democrats because he’s just too weak and they don’t want to lose,” that’s not "unsubstantiated." It’s a prediction. It's a guess.

What you need to know
- Trump claimed that mail-in ballots would lead to "a Rigged Election." However, fact-checkers say there is no evidence that mail-in ballots are linked to voter fraud.
- Trump falsely claimed that California will send mail-in ballots to "anyone living in the state, no matter who they are or how they got there." In fact, only registered voters will receive ballots.
- Five states already vote entirely by mail and all states offer some form of mail-in absentee voting, according to NBC News.

Who are those fact-checkers? Why can’t I see their sources?

Why has Twitter put itself in the role of judge — can’t I judge for myself?

And why is it only this one president, in his one political party, who is being “corrected” — and denounced, really — by Twitter?

I just typed in "US Postal Service voter fraud," and dozens of stories popped up, including this press release just two days ago:

And that's just one story of many.

So who are you going to believe — Twitter, or your lying eyes?

Who is in charge of these decisions? Well, the boss of Twitter’s “trust and safety” system is named Yoel Roth.

Scroll through his tweets in the months before the 2016 election of Trump.

The Internet smoked that out pretty quickly. And so the CEO of Twitter, Jack Dorsey, joined in.

TONIGHT I'll show you his responses to this controversy.

Jack Dorsey and Yoel Roth and Twitter want to put their finger on the scale, to make sure it ends the right way — they want Trump to lose.

Dorsey and Twitter only do this to Trump. Not to Biden. Not to Nancy Pelosi. Not to Justin Trudeau. Not to the World Health Organization — which has pumped out lie after lie about the virus. Not to foreign dictators, who are allowed to use Twitter for propaganda.

It is no coincidence that this is happening in 2020 — the year of the election.

Silicon Valley billionaires think they can choose the next president.

Do you think they’re right?

NEXT: Joel Pollak of Breitbart.coom joins me to talk about his timely new book, on his new book Red November: Will the Country Vote Red for Trump or Red for Socialism?