When does media say speech is violence; and when do they say violence is speech? 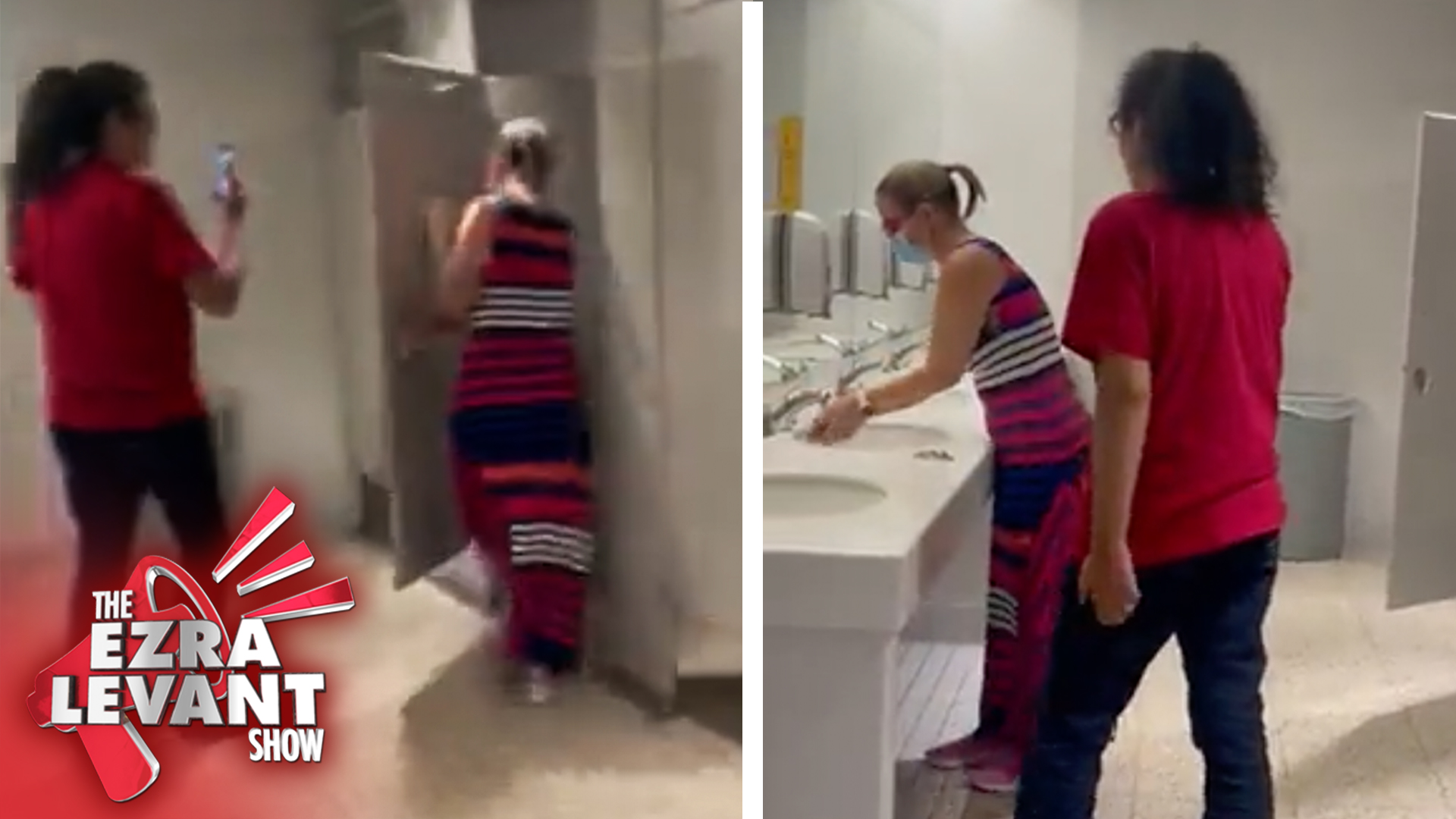 Look at this video. I’ll show it to you from the form in which it was published: a tweet, on the social media site Twitter, with a blue checkmark which means it’s verified, it’s an official, authoritative account approved by Twitter management.

The twitter account belongs to something spelled LUCHA, which stands for Living United for Change in Arizona. They say they’re “fighting for social, racial & economic transformation.”

And here’s what they posted on their official account:

We wouldn't have to resort to confronting @senatorsinema around Phx if she took meetings with the communities that elected her. She's been completely inaccessible. We're sick of the political games, stop playing with our lives.
“Build back better, back the bill!" pic.twitter.com/3OA5t6e6Fl

So they’re talking about a United States Senator from Arizona, Kyrsten Sinema, who although very woke, and checking lots of politically correct boxes — she’s a woman; she’s young for a Senator; she used to be in the Green Party; she’s bisexual — I mean, that’s a pretty good hand if you’re playing woke poker — but she is surprisingly independent, which maybe shouldn’t be so surprising; and she doesn’t really want to go along with the most aggressive spending and regulatory bill in American history — what are they up to now, $3.5 trillion dollars?

So some Democrat Party activists with this front group, LUCHA, they know that Senator Sinema also teaches a course at university. She doesn’t do it for the money. She doesn’t do it for the fame or power. She does it, I’m guessing, because she loves to teach, and it connects her to her community, and it’s a form of public service. Isn’t that neat? Well, some LUCHA activists, including an illegal immigrant, who is illegally in America, decide to stalk her, chase her, hound her, and follow her right into the bathroom.

A. It is unlawful for any person to knowingly photograph, videotape, film, digitally record or by any other means secretly view, with or without a device, another person without that person's consent under either of the following circumstances:

1. In a restroom, bathroom, locker room, bedroom or other location where the person has a reasonable expectation of privacy and the person is urinating, defecating, dressing, undressing, nude or involved in sexual intercourse or sexual contact.

Sorry to be so blunt, but that’s the wording of the law. Chasing someone into a bathroom while they’re going to the bathroom? Stalking, harassing? By the way, they’ve been doing this to her for days.

I’m surprised they haven’t physically battered her yet. The same “Build Back Better” Democrat operatives also went after another Democrat who isn’t left-wing enough for them.

Joe Manchin is a Senator from West Virginia, who when he’s in Washington D.C. lives on a boat.

He has a boat, he paid $220,000 for it, which is cheaper than a condo in D.C., and he’s a Democrat mind you, but, because, you know, he represents West Virginia, and not any of the hard-left states, he’s not quite enthused by the bill. And look at they targeted him, too.

They were at least polite, and didn’t come on his boat — I’m guessing they know a bit about Joe Manchin and didn’t dare break the laws of piracy.

They’re only brave enough to assault women, not armed men.

Hey, imagine if instead of Democrat activists and illegal immigrants, if it were a kid in a MAGA hat, a Trump hat, chasing, not a Democrat woman, but AOC. Chasing her into the bathroom, filming her, terrorizing her. What do you think the media would do or say?

Here’s Joe Biden on the subject:

Back in Jan, Biden told staffers that he would “fire you on the spot” if you didn’t treat others with respect.

When asked about the tactics of activists harassing Sen. Sinema in bathroom he very softly criticized and downplayed as “part of the process.”pic.twitter.com/IroUgc4URZ

You had a few dozen protesters meandering around an empty Capitol Building, and they’ve been in solitary confinement for nine months, and it’s been called the worst attack on America since 9/11.

But stalking a woman into a bathroom is “part of the process.” Of course it is — because they’re his shock troops. He loves them. He’s not going to deport that illegal, who committed the crime. I doubt they’ll be prosecuted.

So threats of violence, or intimidation at the very least, that’s just part of the process.

The CBC and five subsidized press associations pledge to “advocate for initiatives to reduce if not prevent online harm,” according to a network statement. The advocacy comes ahead of internet censorship bills by Heritage Minister Steven Guilbeault, including a proposal to block websites and appoint a chief censor called the Digital Safety Commissioner.

“We think industry-wide data will help us to advocate for initiatives to reduce if not prevent online harm,” Claude Galipeau, CBC executive vice-president, wrote in a statement. The network said it was commissioning a complaint-driven survey to document allegations of hurtful internet content.

The survey also asked, “Do you feel the frequency of harassment has changed over the past two years?” and “Who should be held responsible for protecting journalists from online harm: social media platforms; employers; journalism associations; government.”

Can you recall any journalist in Canada being attacked? Anyone? Anyone at the CBC? Or CTV, or Global, or the Toronto Star or the Sun or the Post or anyone?

I can. Us. By the government mainly.

The Toronto police attacked us for peacefully doing our job. The Montreal police did the same — and called us Jew Media, Media Juif.

And the Australian police attacked our Avi Yemini. And an Antifa protester attacked our David Menzies in Peterborough. And Sheila Gunn Reid was attacked by an NDP activist.

I could show you many more. Police stole our cameraman’s hard drive.

Violence is speech; and speech is violence. Depends on who you are.

GUEST: Dr. Patrick Phillips (@DrP_MD on Twitter), an Ontario doctor who has butted heads with regulators for his opinions on COVID-19 treatments.