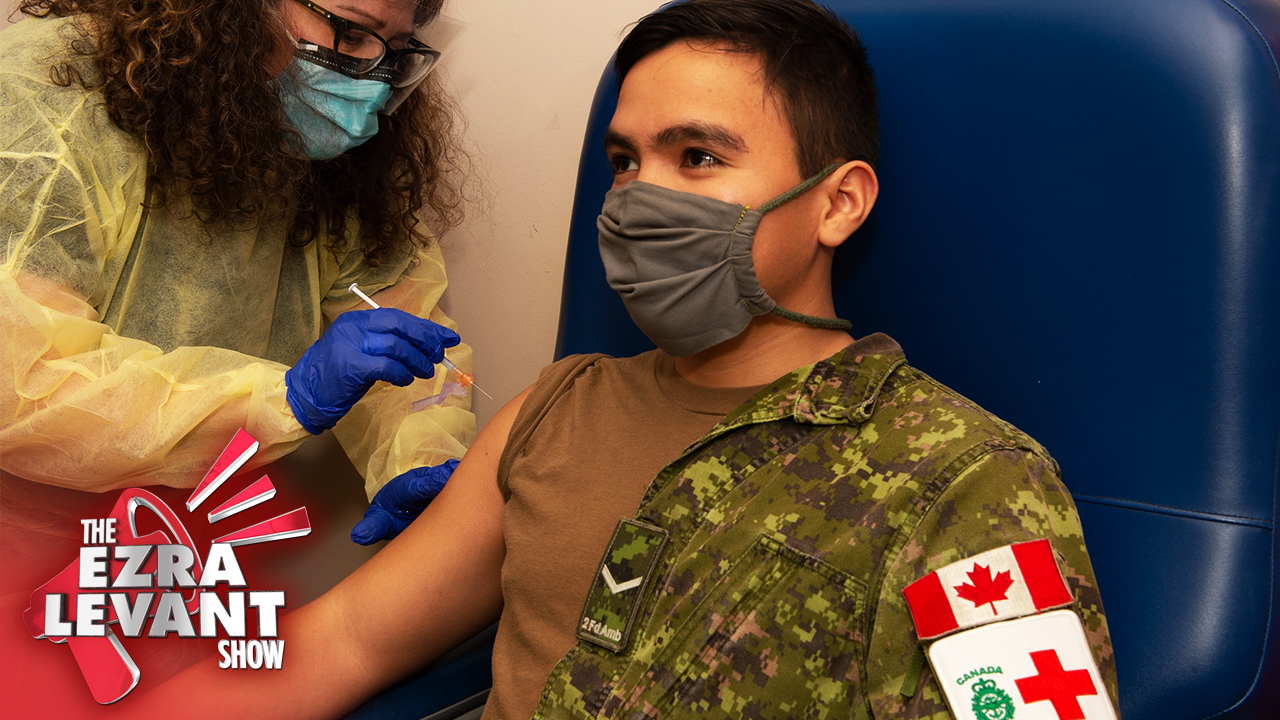 If you had said the thing I am about to say to you on youtube just a week ago, you’d be kicked off the platform for questioning public health advice. If you question the safety of a vaccine now, you are done.

That is, until such time as you are proven right. Look at this in CTV News because they are allowed to publish this stuff (but we can’t say it on YouTube):

The Ontario government is now recommending that people between the ages of 18 and 24 receive the Pfizer COVID-19 vaccine instead of Moderna due to an observed increase of myocarditis cases.

The government made the announcement on Wednesday, saying the recommendation has been made “out of an abundance of caution.”

“This is due to an observed increase in Ontario of the very rare heart condition called pericarditis/myocarditis following the vaccination with Moderna compared to Pfizer in the 18 to 24 year old age group, particularly among males,” the government said.

The risk of myocarditis in Ontario following the second dose of Moderna in men in the 18 to 24 age group was one in 5,000, the government said. The number is much lower for women. That number is approximately one in 28,000 for the Pfizer COVID-19 vaccine.

Children between the ages of 12 and 17 currently only receive the Pfizer vaccine. The government said the majority of the myocarditis cases in people have been minor, and less than 10 have required treatment in intensive care.

But here is CTV News back in July, just a couple of months ago, trying to shame people who are well-meaning, who want to get the vaccine but have hesitancy about Moderna. They were maligned for backing out of their vaccination appointments and wasting a dose when they found out what vaccine brand they were getting.

But remember, you’ll get censored and called an anti-vaxxer if you had apprehensions about any of this, like literally seven days ago. But for me, the worst part of all of this is this abundance of caution is only now coming after a large group of largely young male Canadians in that danger zone age group of 18-24 were given the Moderna vaccine under threat of career destruction.

Look at this, from the Government of Canada website:

The Health Canada-approved Moderna COVID-19 vaccine is being made available to eligible members through the Canadian Forces Health Services (CFHS) system. This information will be updated if the situation changes.

It is expected that members in all priority groups will be offered the vaccine sometime between April and August 2021, with the goal of vaccinating as many CAF personnel as possible with both doses of the vaccine in that timeframe.

And since that first announcement things have become even less optional, as though being threatened with being marked as undeployable wasn’t enough of a threat.

Now, since August 13, the vaccines were mandatory and remember: they were using Moderna.

COVID-19: The Government of Canada has announced intent to require vaccination for federal public servants as well as CAF members

This isn’t the first time the men of Canada’s armed forces were used as guinea pigs for sinister scientists who only saw them as a captive study group, instead of humans who would die in defence of our country.

Do you know about the mustard gas study?

Here is a document from the Canada.ca website, it is written by André Marin, in the early 2000s. He was the Ombudsman Department of National Defence and Canadian Forces at the
time, and based on his recommendations an apology was given and the settlements were finally paid.

His report documents happened was during the Second World War, starting in 1941 in a time of emergency at a base in Alberta and Ottawa.

And to be clear: The government did not acknowledge until 1988 that tests were done on soldiers.

After years of secrecy and delay, it is time for the Department of National Defence (DND) to remedy the wrongs done during World War II to Canadian soldiers who were subjects of
chemical warfare experiments in Suffield and Ottawa, and to do so without the delay, costs and rancour of litigation. The events may now be more than 60 years old, but their impact remains. So too, for a short while, does the opportunity to do something about it. During the Second World War, Canadian soldiers were asked to volunteer for top- secret exercises in return for fine meals on white table cloths, extra leave, and an extra fifty cents a day. Perhaps as many as 3,000 soldiers agreed, putting themselves at the service of their country. As they were to discover, the real price for these modest perks was immodest, even indecent.

Wait. Do this thing, it’s perfectly safe, and you’ll be treated modestly better than your fellow man.

Over a period of six weeks or so, many of these soldiers became unwitting participants in chemical warfare experiments; they were made to don experimental equipment, or they were slathered with anti-gas ointment, or made to wear uniforms with holes cut out.

Some were made to stand in fields and turn their backs while planes rained chemicals down on them. Some were told to crawl through bomb craters contaminated with mustard gas and then sit in their drenched uniforms for hours, breathing the vapours and letting the liquid score their skin.

When these men sought medical attention to quell the burning, or to tame the blisters that broke out, veterans say it was sometimes denied so that researchers could record the effects. If all of this sounds incredible it is only because of its rank indecency – it is unfathomable that this kind of thing would happen in this country today. It is a shameful saga, a blot on our history.

Yet the uncommon sacrifice made by these men has not been met with uncommon resolve to do what can be done to make it right. Instead, it was initially met with an attempt to sweep it away in the interests of “national security.” When the event was acknowledged, efforts to remedy it were met with an all too common inertia, or an all too common inadequacy, and without an admission that all of this was simply wrong. It is time for an immediate, resolute and humane response. “

As one of the soldiers who was gassed at Suffield put it:

“I was just at the bottom of the totem pole. I couldn’t do anything. You’re just a dumb bunny that goes along with the rest of the sheep, and that’s it. In short, there was no balance of information, or of power, that could begin to make “consent” an answer.

GUEST: Benjamin Weingarten (@BHWeingarten on Twitter) of Newsweek and The Federalist