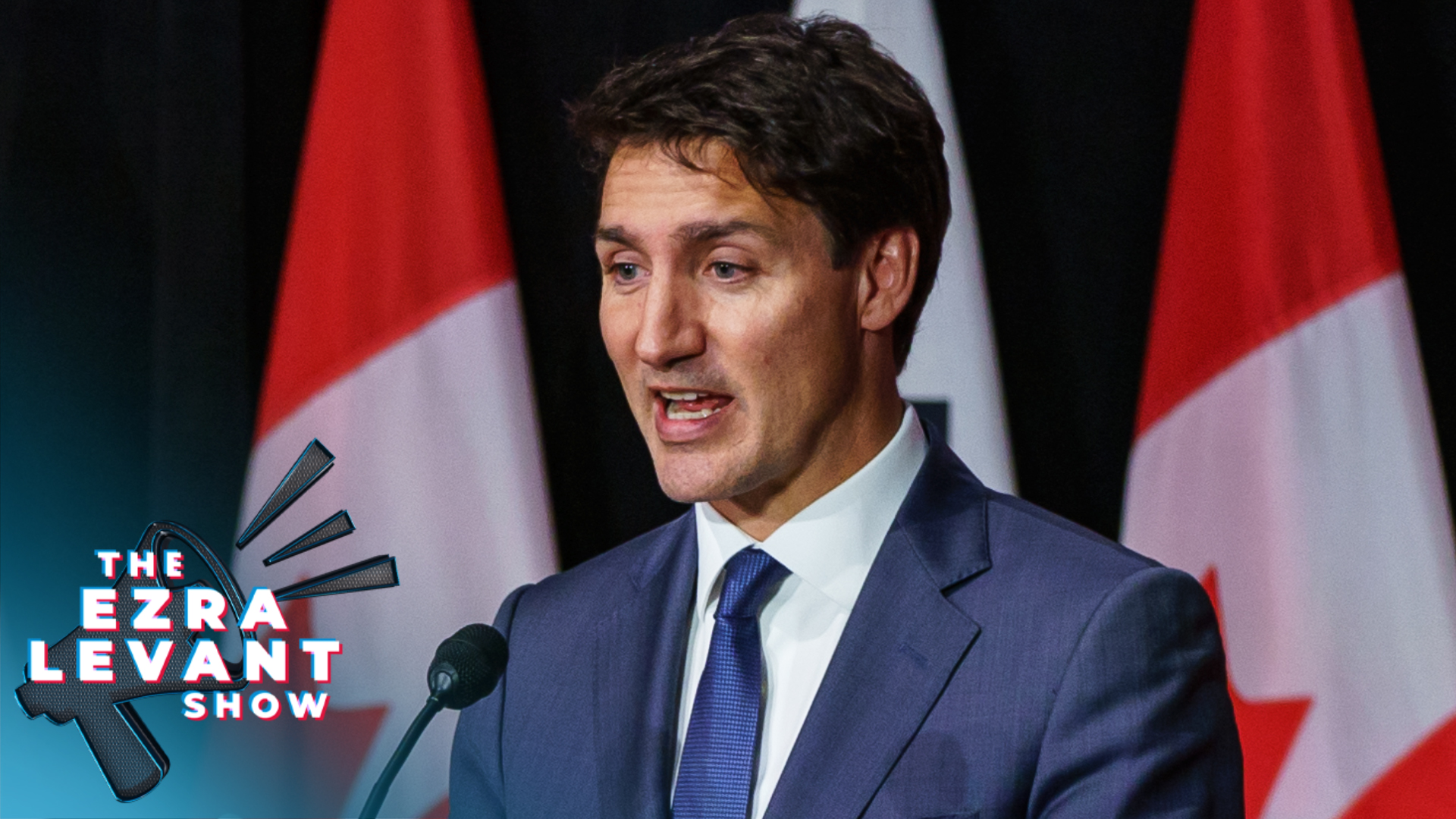 I’m suing Trudeau’s disinformation czar. I filed the lawsuit in court in Calgary. You can see it for yourself at SaveRebelNews.com. Please go there, because this is a real David vs. Goliath fight and I need your help.

I’ll go through the lawsuit with you in a moment. But first, a bit of background.

Using the university of Calgary’s lawyer, he sent me a legal notice of intention to bring a lawsuit against us. You can see that threat letter for yourself at SaveRebelNews.com.

Boucher threatened to sue us because we dared to challenge his smear of Rebel News. See, he had the University of Calgary publish a study, paid for by Trudeau’s Liberal government, that claims to look for Russian propagandists active on twitter in Canada.

And Boucher’s report says you may be a Russian agent if you’re, quote, “promoting a specific mistrust of Canada’s Liberal government, and especially of Prime Minister Trudeau”. Seriously.

Distrusting Trudeau only makes you a Canadian who is expressing your constitutionally protected political opinion. We’re allowed to distrust any politician of any party. Most Canadians don’t trust Trudeau — only 32% voted for him in the last election. You can’t simply call anyone who doesn’t Trudeau a Russian agent. But this Boucher — who receives massive grants from Trudeau to do this kind of thing — went on CTV and actually said that Rebel News was one of the worst misinformation outlets in Canada. What?

Not only is that not true, that’s not even what his own report says.

Maxime Bernier, a Russian spy? Rupa Subramanya, the lovely young National Post journalist? It’s pretty clear this is just Trudeau’s political enemies list, it’s got nothing to do with Russia. But you’ll notice something — Rebel News is not even on his lists.

And yet Boucher went on CTV to say Rebel News is the worst misinformation propagandist in Canada. We’re not. And even his own study says we’re not. He’s a liar. A liar whose job description is to accuse Trudeau’s enemies of lying, of disinformation.

Well that’s why he threatened to sue us — because I did a video rebuttal to his smear. That’s when he doubled down, using the university’s lawyer to threaten to sue me for saying what I’ve just said. So he smeared me as a Putin agent, and then when I dared to defend myself, he threatened me again.

Just a reminder, in case you didn’t know, in case you couldn’t guess, this guy hates Rebel News. He has for years.

When will we shut down the Rebel for spreading false information? This should be a lawsuit for undermining public safety. https://t.co/zUge5zORR8

Here he is saying Rebel News should be sued so brutally that we have to shut down. "When will we shut down the Rebel for spreading false information? This should be a lawsuit for undermining public safety.”

The Rebel has poisoned the Conservative well in Canada for a long time now, maybe it’s time for Conservatives to stop drinking out of it.

And here he is comparing Rebel News to poison.

So he daydreams about suing Rebel News into oblivion. And then he sends us a threat letter warning us he’s going to do it.

So we sued. Read it yourself. It’s only 11 pages long.

You can see we’re suing Boucher, the disinformation czar; and the University of Calgary for publishing his smear; and CTV, where he went on TV and said we were amongst the worst misinformation propagandists in Canada. I really don’t know why he said that — his own study refutes that. Maybe it’s because he’s hated Rebel News for a very long time — and has publicly daydreamed about crushing us. Which isn’t very scholarly or academic, is it?

There’s this weird thing he says — implying that we make money off this propaganda. What on earth is he talking about? That’s not even in his study, he just spat that wild accusation out. How on earth are we making money off of our non-existent misinformation? It almost feels like he knew the facts were too boring, and he promised CTV a very exciting interview, and his study wasn’t exciting, and the facts weren’t exciting, so he just blurted out some things he made up on the spot. He’s hated Rebel News for years — so he named us. So weird.

And instead of making any corrections, they sent us a threat letter, signed by the university’s own lawyer, that they were going to sue us.

Well, let’s see you in court, Jean-Christophe Boucher. Let’s have you answer of your smears — and your threat to silence us when we simply asked you to correct your smears.

This is how Trudeau is coming to kill Rebel News — his government-funded bureaucrats suing us into oblivion, using university resources. But even worse, a government — namely a university professor, with a special disinformation contract from Trudeau — declaring that we are public enemy number one when it comes to propaganda.

We’re not. We don’t spread Russian propaganda. We don’t get paid to spread misinformation. We don’t even really talk about the war. If you want to know, my family came to Canada from Dnipro, the centre of Jewish life — in Ukraine. My wife was born in Ukraine. I wrote a book denouncing Russia’s natural gas company, Gazprom, and calling on Europe to get off Russian conflict energy. I even did a speaking tour in Germany, urging Germans to get off of conflict energy.

Imagine this Trudeau thug accusing me of being a Russian agent — and getting paid for it.

See you in court, you bully. And by the way — don’t you delete any of your emails back and forth with Trudeau’s team. I think the court will be very interested to see all of your marching orders.

If you can help me in this battle, please do. Go to SaveRebelNews.com. He’s threatened to sue me, so I’ve moved first. I have no doubt he will sue me, too. But I am relying on the courts to prove the truth of it — that Trudeau’s disinformation czar was motivated by a pre-existing hatred for Rebel News; that his biased study was designed to capture Trudeau’s domestic political enemies; and that when Boucher went on TV, he simply made up lies about us to seem interesting and entertaining.

This is when we live or die. Trudeau wants this to be the end of us. I need your help to make sure we live on. If you can, please go to SaveRebelNews.com. Read Boucher’s threat letter, and read our pre-emptive lawsuit. And if you can, please chip in — Boucher has the unlimited resources of the government at his disposal. I have... you. And the truth.