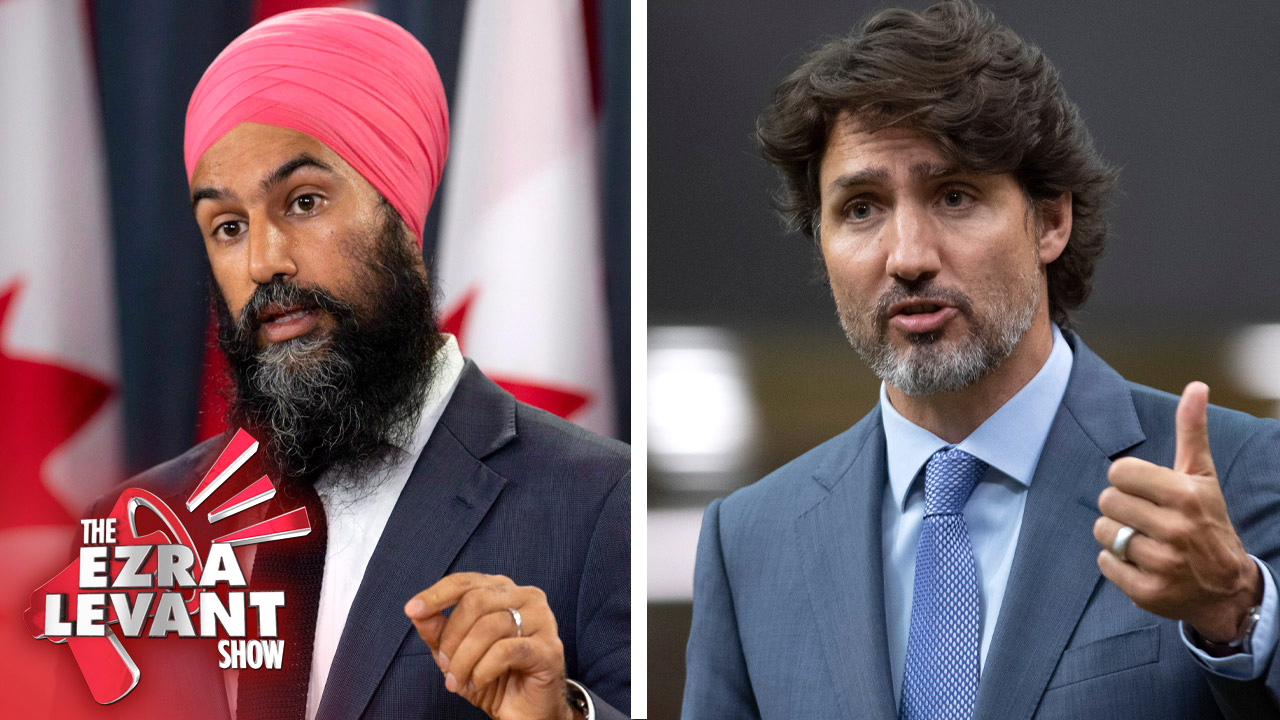 Here’s a story from a Quebec newspaper called Le Devoir:

In English, that means Trudeau avoids pronouncing on the rights to caricature Mohammed — caricature, as in to draw cartoons.

I’m going to run this story by Helen Buzetti through Google translate now and I’ll read that; the translation isn’t perfect, but it works well enough.

While a new Islamist attack afflicts France, federal politicians are reluctant to recall the right for anyone to caricature the Muslim prophet Muhammad. Prime Minister Justin Trudeau has avoided answering the question, while the leader of the NDP believes that we must avoid unnecessarily fueling hatred.

Good for her for saying so. In French though, in Quebec only. Because they’re less politically correct there towards Islam.

Because they take their culture more seriously, since they’re worried about the French Canadian culture melting away in North America, they fight for it, their history, their language, their norms — which include very particular issues about religion, including secularism.

And then of course, the recent attacks have been in France, and they likely all watch the French news in their native tongue.

So: the opposite of the cowardly Anglo-Canadian media.

Look at the boldness of this line:

Asked three times, Jagmeet Singh refused to answer directly. The NDP leader has repeatedly reiterated his faith in free speech, while adding that we should not attack others unnecessarily.

Well, hang on, which is it? Do we have free expression or not?

So if you don’t respect someone, they can stab you or bomb you.

That’s not the way of the Charter of Rights; that’s not Pierre Trudeau’s way; but it’s Justin Trudeau’s way, and Jagmeet Sigh’s way.

And it’s the way of 99 per cent of the media party.

CLICK HERE to buy a copy of Benjamin's book, American Ingrate: Ilhan Omar and the Progressive-Islamist Takeover of the Democratic Party.