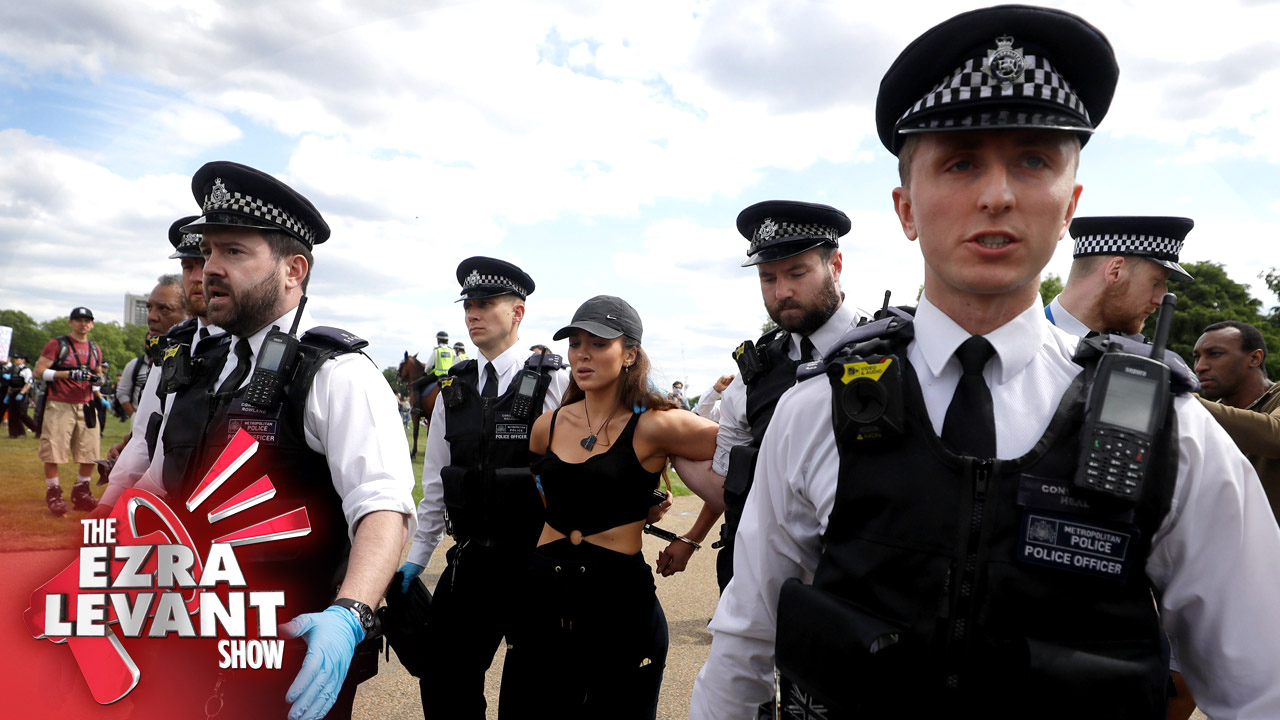 We’re not as free as the Americans, a country born in revolution where freedom was the central issue.

But you know, we’re supposed to be pretty free, too. We’re more passive, to be sure — Canada got its independence through negotiation and legislation, not revolution.

Same with Australia, New Zealand. Pretty much the whole Commonwealth.

We have a culture of freedom — there’s the laws; there’s the history; there’s the customs. For centuries, freedom was the thing in the United Kingdom and the British Empire. Surely we inherited enough of that?

But I point out that while there have been some absurd violations of civil liberties in the United States — such as California’s satanic rules that ban churches from opening — in general, America has been pretty free.

But what about us? In Canada — and Australia and New Zealand and the UK itself? How have we done?

We’ve done the worst! Amongst the worst. Not as bad as China; but terrible

And as bad as Canada is, we’re nothing compared to our other Five Eyes allies.

How is it that our freedoms withstood a centuries — and World Wars, and the Great Depression, and a hundred other menaces, including genuinely huge pandemics; but that now, all of a sudden, we’re losing it all so quickly and so stupidly?