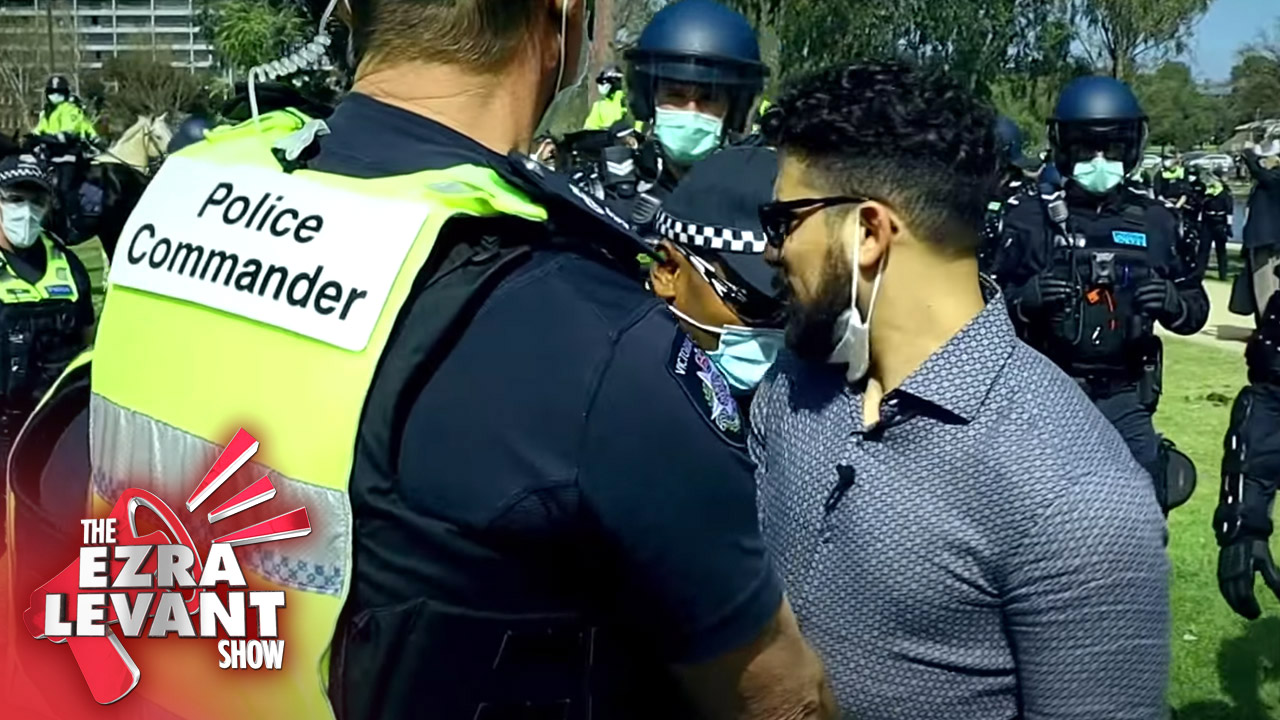 It's the most shocking COVID-19 lockdown in the free world:

The Australian state of Victoria is turning into a police state. I'm tempted to say that it's worse than China itself.

Our new Rebel News journalist, Avi Yemini, is based in Melbourne, so of course he went to cover an anti-lockdown protest there last weekend.

(Believe it or not, he had to get "permits" to report!)

And on his very first day on the job, he was tackled by police for supposedly "hindering" their duties, even though he was doing no such thing.

TONIGHT I'll show you his shocking viral report on what happened, and talk to Avi via Skype about the situation and what we're planning to do about it.

Because we're fighting back: