In a speech to supporters and the media, Meloni described her party’s victory as a 'night of pride for many, and a night of redemption,' referring to Italy’s turn away from wokeism. 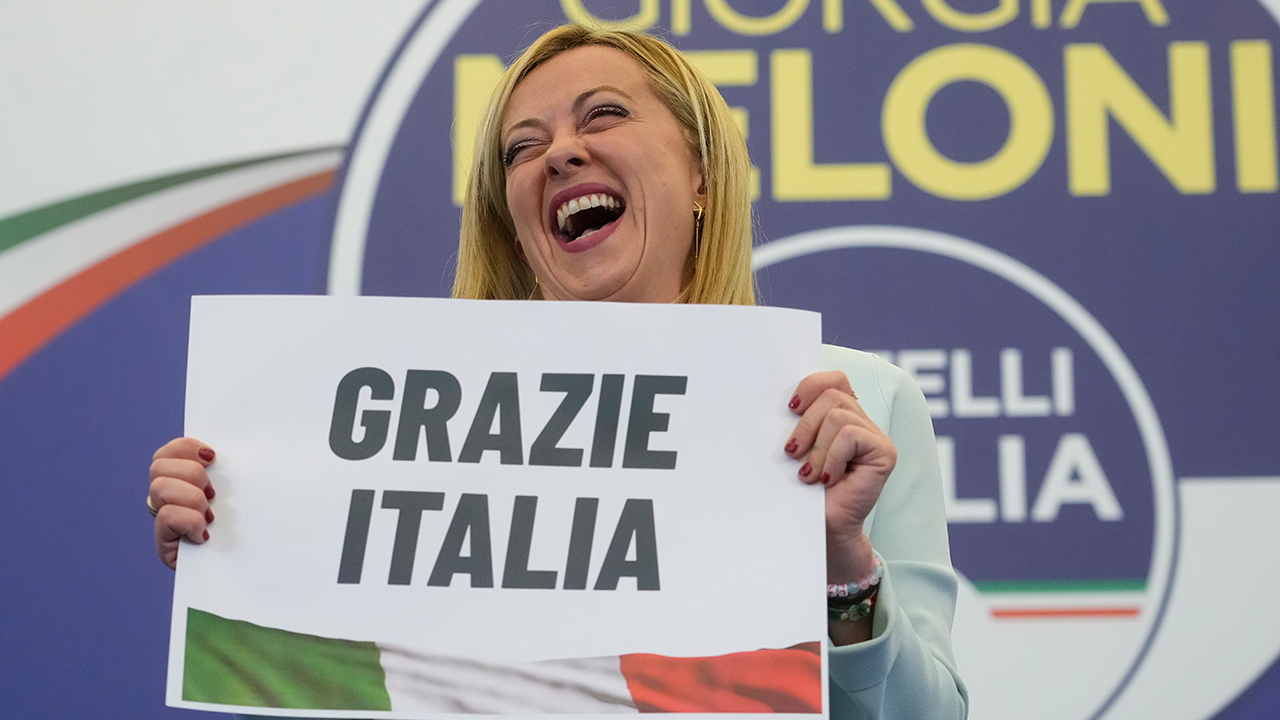 Giorgia Meloni, the leader of the Brothers of Italy, is slated to become Italy’s first-ever female prime minister. She is set to lead the most right-wing government Italy has seen in decades – a development that has liberals in the media quivering.

In a speech to supporters and the media, in the early hours of Monday, Meloni described her party’s victory as a “night of pride for many, and a night of redemption,” referring to Italy’s turn away from wokeism.

“It’s a victory I want to dedicate to everyone who is no longer with us and wanted this night,” she said. “Starting tomorrow we have to show our value … Italians chose us, and we will not betray it, as we never have.”

The Brothers of Italy, which was co-founded by Meloni in 2012, advances conservative policies and is a direct response to years of policies that have encouraged uncontrolled mass migration and an embrace of woke ideologies, including radical gender theory and anti-nationalistic views.

The party’s impending victory is in stark contrast to the election results in 2018, when it secured only 4.5% of the vote. Conservatism has soared in recent years, with the economic downturn and the left’s aggressive push for broadly unpopular policies surrounding gender identity, immigration, and climate change.

The Brothers of Italy party stands alongside Italy’s other anti-establishment parties, including Matteo Salvini’s League and the Five Star Movement, which both reject the mainstreaming of being progressive.

“Center-right in clear advantage both in the House and in the Senate! It will be a long night, but already now I want to say THANK YOU,” wrote Salvini on Twitter, celebrating Meloni’s impending win.

Meloni’s politics can be best described by a recent speech she gave outlining her political views.

I must be citizen x, gender x, parent 1, parent 2, I must be a number. Because when I am only a number, when I no longer have an identity or roots, then I will be the perfect slave at the mercy of financial speculators. The perfect consumer.

These things that disgust people so much. We will do it to defend our freedom, because we will bever be slaves and simple consumers at the mercy of financial speculators.

This is our mission. That is why I came here today.

Chesterton wrote, more than a century ago, “Fires will be kindled to testify that two and two make four. Swords will be drawn to prove that leaves are green in the summer.” That time has arrived. We are ready. Thank you.