Liberal MP: Support Morneau, or get kicked out of caucus 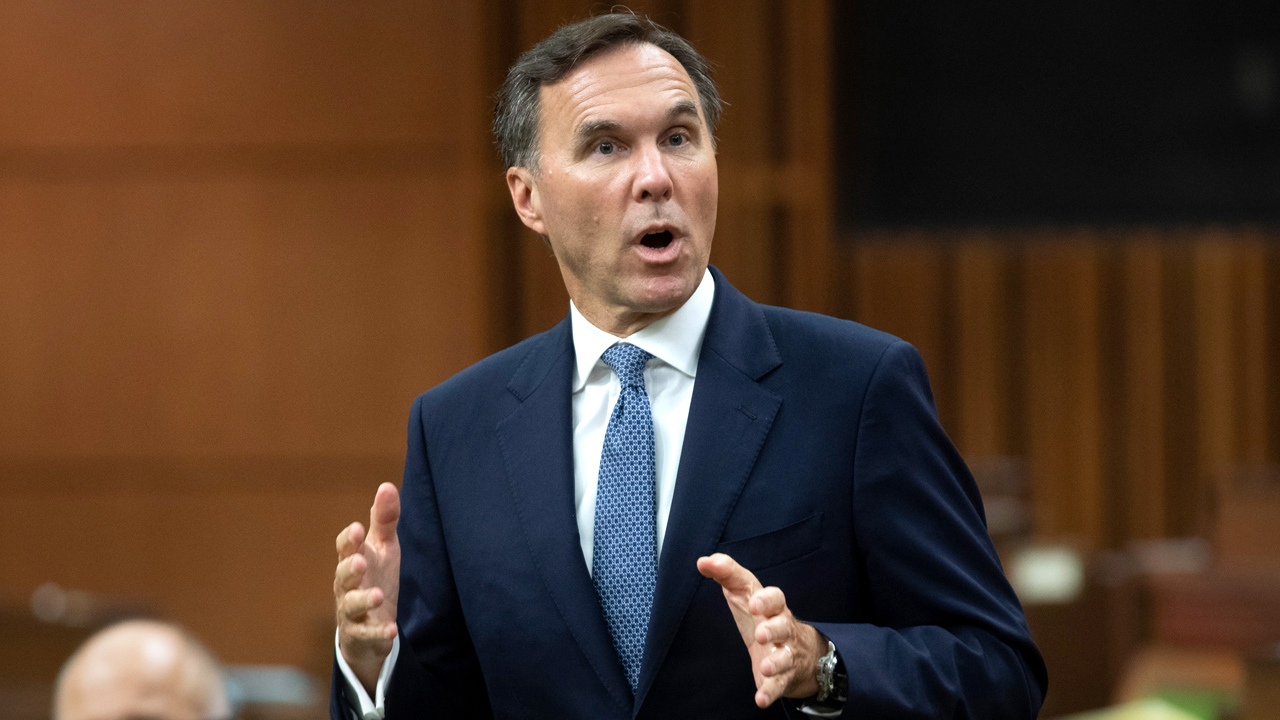 The day after it was revealed that Minister of Finance Bill Morneau paid back more than $41,000 he owed WE Charity, Liberal caucus members are rallying in defence of the embattled minister.

Speaking to La Presse, Liberal MP Francis Scarpaleggia said, “the caucus is extremely proud of the work of the government, of the leadership of the Prime Minister and the Minister of Finance in a situation of unprecedented crisis.”

Scarpaleggia felt that because of the fast-paced nature of the Liberal governments effort to create new programs, it was natural for errors to occur along the way.

Despite Morneau's mistake happening in 2017 — and not being paid back until now — the issue was resolved in the eyes of Scarpaleggia, who said, "Look, he apologized for that mistake [...] He made it clear [Wednesday], and it's settled.”

Minister of the Environment Jonathan Wilkinson described Morneau as being, “extraordinarily competent,” and said that, “people have forgotten what is important in this story, that the program was there to help young people.”

However, despite the unity presented by many Liberals, the issue is far from settled behind the scenes. Speaking anonymously to La Presse, a Liberal MP was very critical of the party:

I am deeply revolted by the overt hypocrisy of those who lean towards 'do what I say, don't do what I do'. That we are where we are is the obvious reflection of people who consider themselves exempt from the rules that apply to ordinary people."The icing on this cake of hypocrisy and smugness was to discover that the Minister of Finance, a Minister of the Crown, was offered sponsored trips (and which he never declared), while he 'is strictly prohibited by the Code, and that all of us backbenchers would have been mercilessly “fired” if this had happened to us

Another anonymous Liberal source told La Presse that the sum Morneau paid back could create a public perception problem for the party, noting that, “for many Canadians, $41,000 is their annual salary, or even more than their annual salary.”

There are also, apparently, feelings among Liberal Party insiders that this case is sabotaging the popularity boost gained from the federal governments response to the COVID-19 pandemic.

Opposition parties do not intend to let the Liberals off the hook so easily, however. The Conservatives and New Democrats have both urged the Conflict of Interest and Ethics Commissioner Mario Dion to expand his already launched investigation of Morneau in effort to gather more information on the WE Charity situation.

“WE Charity may be doing humanitarian work, but as seen in the decision on the Agha Khan case [the blame levelled on Justin Trudeau for his family trip to the wealthy spiritual leader's private island], it is simply unacceptable for a Minister of the Crown to accept gifts of this nature,” NDP MP Charlie Angus stated in a letter sent to Dion.

Conservative MP Pierre Polivere declined suggestions that his party would seek to topple the Trudeau government over the issue, but joked that he, “would certainly not oppose it.”

Next Tuesday, WE Charity founders Marc and Craig Kielburger will appear in the House of Commons to face questions from MPs regarding the still-developing scandal.

Prime Minister Trudeau is also set to be questioned by the House next week, although the date has not yet been confirmed.