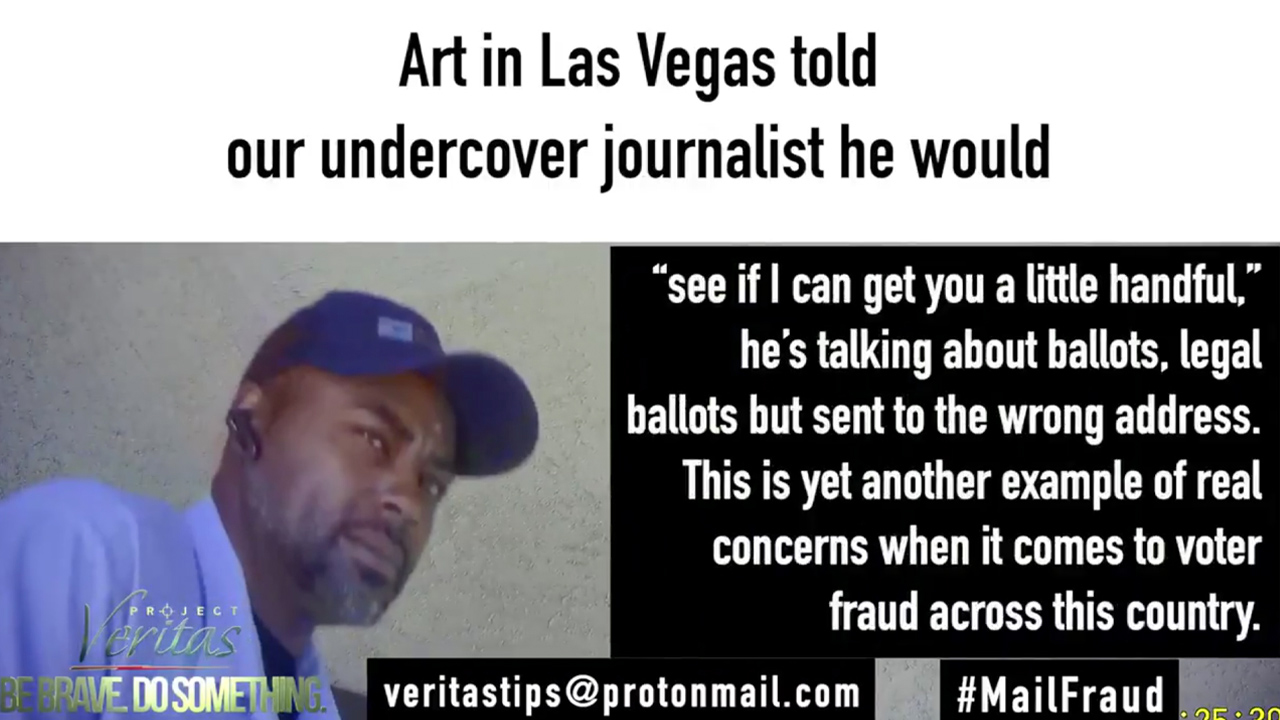 As independent, citizen poll-watching continues in battleground states like Pennsylvania, Arizona and Nevada, more evidence of voter fraud is piling up.

In a recent Project Veritas post, a United States Postal Service worker is caught on video pledging to commit fraud by handing over improperly-delivered ballots to a person.

In the video below, a USPS worker states they will attempt give an undercover journalist a "nice little handful" of legal ballots that were incorrectly delivered to the wrong address.

“I’m gonna see if I can get you some(ballots), like a nice little handful…”

“What’s your unit number? Let me see what I can do…”#MailFraud pic.twitter.com/FvzQlTPnep

Several times, the federal employee says they'll "see what [they] can do," asking for the journalist's unit number, so the would-be illegal ballots can be put into his mailbox.

Republicans are calling for citizens at every level to come out in support of the President and stand against what many see as election fraud.

Anti-fraud protests have occurred in Philadelphia and Washington, as well as in the southwest:

"Elected officials, Republicans have to stand up and say 'We're going to do our job and stop the steal' " said @EagleEdMartin in front of the RNC building in Washington D.C. at 'Stop The Steal' protest pic.twitter.com/Z8c4sma97A

Earlier today, a postal worker in Michigan detailed possible voter fraud by his supervisor, and international election observers were barred from entry in Philadelphia: