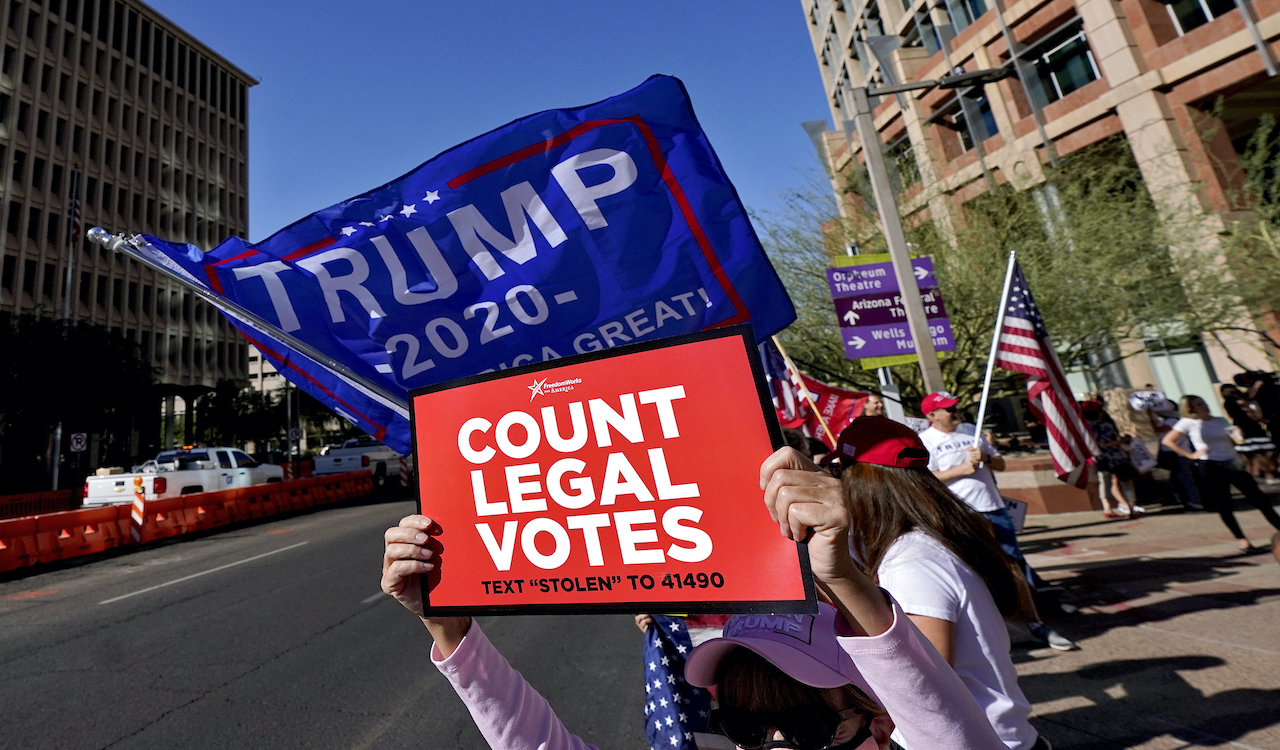 A group of international election observers from the European Union have been unable to obtain access to oversee the ballot counting process in Philadelphia, Pennsylvania.

The Parliamentary Assembly of the Organization for Security and Co-operation in Europe (OSCE) observers were stationed in California, Nevada, Michigan, Virginia, Maryland, Wisconsin, Missouri, as well as the District of Columbia, and had a small team of observers in Pennsylvania to oversee the counting process in Philadelphia.

However, according to a message sent by the OSCE's Parliamentary Assembly spokesperson Nat Perry to Ezra Levant, the OSCE observers, have so far been disallowed to watch over the counting process in the hotly contested battleground state. Perry clarified (see update below) that he is not the spokesperson for the OSCE's Office for Democratic Institutions and Human Rights, the sub-sect of the organization that is directly involved in international election oversight.

U.S. President Donald Trump has maintained a steady lead in Pennsylvania since the November 3 election, but the gap has started to tighten in the days since as more votes were discovered for his challenger, Democratic Party candidate Joe Biden.

The Trump campaign claimed it successfully sued for the right to have their representatives oversee the process, though it would seem that they are still being barred from doing so.

Without victory in Pennsylvania, it would be extremely difficult for President Trump to successfully win re-election.

OSCE Parliamentary Assembly spokesperson Nat Perry responded again to Ezra Levant, requesting that he remove his tweet claiming he is not the appropriate spokesperson for the organizations Office for Democratic Institutions and Human Rights, and that he didn't want to be quoted (despite responding to a media inquiry sent to his professional email address).

The exchange can be read in the tweet below:

I accurately quoted a spokesman for the foreign election observers who have been locked out of the Philadelphia vote count. He has since written back to me, asking that I delete my tweet. Why? Who is pressuring him to shut up? https://t.co/XnNb5sopIM pic.twitter.com/P3o3JCrz98