Ottawa Police are still investigating the apartment fire, while Jonathan Kay and independent journalists seem to be the only ones debunking rumours that this was caused by convoy protesters. 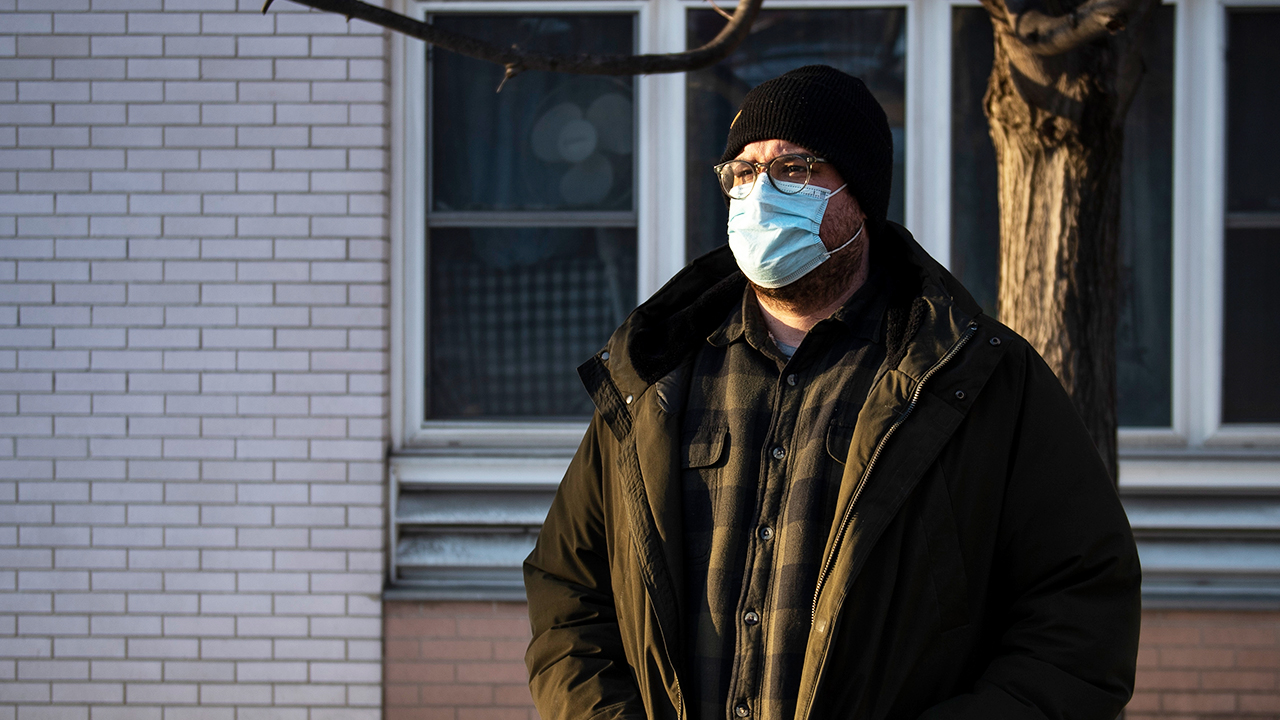 In a nutshell, using several still shots from the building's surveillance camera, he stated that around 5 a.m., two male arsonists brought a package of fire starter bricks into Munoz's building’s lobby and taped up the door handles so no one could get in or out.

In one Tweet, Munoz said “After a night of blaring horns and fireworks until 4AM, some residents had yelled & pleaded with protesters outside to stop. As the fire was being lit, a tenant walked by and nervously asked who they were. One admitted to being part of the convoy protests.”

The tenant got into the elevator quickly, with the arsonists continuing to ignite the package.

Apparently a ‘‘good Samaritan” walking outside saw the fire, was able to open the door after struggling with the taped handles and got in to extinguish the flames before they caught the wood paneling and spread.

No injuries or deaths occurred.

Munoz claims he spoke with many residents and the consensus was that certain protesters were aggressive to the residents (he clarifies “not all protesters, but a few screamed and were clearly upset by confrontation earlier”).

Munoz felt the arson was “blatant reprisal by protesters”, tagging the Ottawa police, mayor and a city councillor asking for a resolution to the convoy’s “occupation”.

After some apparent questions about the legitimacy of the video, Munoz replied that the building manager is “a cool dude” who let them see the footage.

He ended by saying:

…the protesters created the unsafe conditions under which this event was allowed to transpire. I’m not saying it was a big burly trucker. I think it’s a bad actor related to the protests who wants to hurt people. It started with the swastika on day 1…

The claims in the thread caused quite a stir with the post receiving thousands of likes, comments and retweets over the next 24–48 hours as well as media and political reactions.

The Ottawa police posted the video stills on their public Twitter account mid-afternoon on February 7 and asked for help with identifying them as people of interest in the arson investigation.

Ottawa mayor Jim Watson made a statement on Feb 7 associating the truckers with the incident based solely on Matias' initial account, and the mainstream media put out a few articles based on the same, including The Toronto Star, CBC, Globe and Mail and The Ottawa Citizen.

Not long after he first saw Munoz's thread and expressed doubt, Kay began a long and consistently updated thread, which quickly made its rounds as Kay left no stone unturned.

Using copious amounts of sarcasm, Kay questioned Munoz, the legacy media and the politicians using this incident for ideological purposes and gain without fact-checking first.

Independent journalist Andrea Lee joined in on the investigation and humour, with citizen journalist Adam Beis also assisting (one of his summary threads can be found here), along with several other Twitter users offering up their own helpful tips.

The following is a chronological account of how the next few days revealed the hoax beneath the initial accusations of this being perpetrated by convoy protesters.

Kay began by noting that no resident or the ‘good Samaritan’ called 911 in a timely manner; rather, Ottawa’s arson unit only found out about the fire on Twitter the next day when Jim Elves, an inspector with the Ottawa Police Service, replied to Munoz's thread to ask for his phone number to start an investigation.

After joking about the “big-rig trucker” who seems to be a “college-age teenager or young adult with purple hair”, Kay asks if others found some things odd:

Why was Munoz so “oddly ambivalent” about finding the people who actually perpetrated the crime, but was “extremely interested in making sure the narrative is used to advance the political goal of expelling protesters from the city?”

Why did Munoz claim he was hesitant to raise the alarm about a crime that, if had played out “would have been the greatest act of mass murder Ottawa had ever witnessed”?

Why would someone trying to engage in mass murder use tape on the door while they are still inside, since we later learned that the killers walked out some other door?

Kay then dove into several posts with a good deal of humour, saying at one point “That’s totally how I would react if someone were burning down my house. I’d be like ‘Hey, who are you?’ Then he’d recite his political grievances and continue engaging in arson…”

The thread continued, as he and others roasted biased journalists and public figures, with Andrea Lee finishing it off with more heavy sarcasm about the bizarre nature of it all.

Shortly after midnight, CTV reporter Glen McGregor interacted with Kay, stating he was there when the superintendent called the police at 2:30 p.m. (several hours post-suspected arson).

Glen claimed “he wasn’t sure when it was called in” to the police, while police claimed there were no calls for service regarding an arson, only a call at 2:50 p.m. on Feb. 6 regarding mischief in that area.

Kay then retweeted independent journalist Wyatt Claypool, who noted that Munoz had “backpedaled” and returned to his initial thread to add a statement claiming that the protesters created the unsafe conditions, and that he wasn’t blaming them for the arson specifically, but was just connecting things to the movement.

Kay added to this thread throughout the day, highlighting screenshots of many comments made by people who clearly didn’t ask any questions about the incident.

He made references to the Jussie Smollett hoax, and called out journalists including independent journalist Justin Ling, who had shown the surveillance footage and propagated the now unfounded claim.

Then, Kay got a separate thread going with submissions from the public about the “elite Canadian Twitteratti who got duped by the hoax arson story”, which includes political leaders, journalists, and public figures.

NDP leader Jagmeet Singh made a special debut at the top of the list.

Many citizens engaging online expressed frustration with these false statements also, calling on retractions from Mayor Jim Watson and others to retract their claim as it became clear this wasn't likely related to the protests.

To my knowledge, as of the release of this article, no such retraction or correction has occurred from Mayor Watson, nor any journalist, media outlet or politician.

Kay linked the Feb. 8 statement made on video by the Ottawa Deputy Chief on the alleged arson, confirming “We don’t have any direct linkage between the occupation — the demonstrators — and that act”.

Munoz also responded to the flurry of online activity by posting early afternoon of Feb. 8 that “It’s amazing how much hatred we’re getting from the ‘alt-right’ mob right now…whoever it was that did it I firmly believe it was because of a prevailing sense of lawlessness downtown Ottawa caused by the convoy.” (Though this Tweet has since been deleted.)

Kay reposted an important thread outlining the account actions of “Alex MK (@SirPlusValue), who appears to have had a good deal of involvement in the propagation of the story.

This thread is full of background information on the vocal opinions held by both Alex and Matias, their increasing frustration with the trucker convoy and their actions relating to the arson claim, noting that the Alex MK account first went private, then was deleted after the viral thread went sideways.

Kay continued his jokes and even now continues to post about the incident, joking about the nonsense from so many folks who will not retract their statements or acknowledge the error, and noting how many people will believe a hoax without doing any research, simply because they want to believe it.

Indeed, in the age of instant information and growing ideological and political tensions, especially with the truckers convoy, the environment is ripe for hoaxes and lies.

It may be tedious to pour through the piles of information, but it is necessary lest we find ourselves contributing to unnecessary division, fear and anger in our already strained society.

Like Jonathan Kay, Rebel’s reporters are committed to telling the other side of the story. When it comes to news related to the truckers convoy, we have people embedded in Ottawa and across the country.

Unlike the legacy media, Rebel doesn’t take a dime of taxpayer funding. We rely on generous donations from people like yourself!

If you’d like to be a part of helping us bring you and the world the truth from the ground, please consider a financial donation, or help us out by sharing our content. Thank you SO MUCH to all of you who have supported us so far!