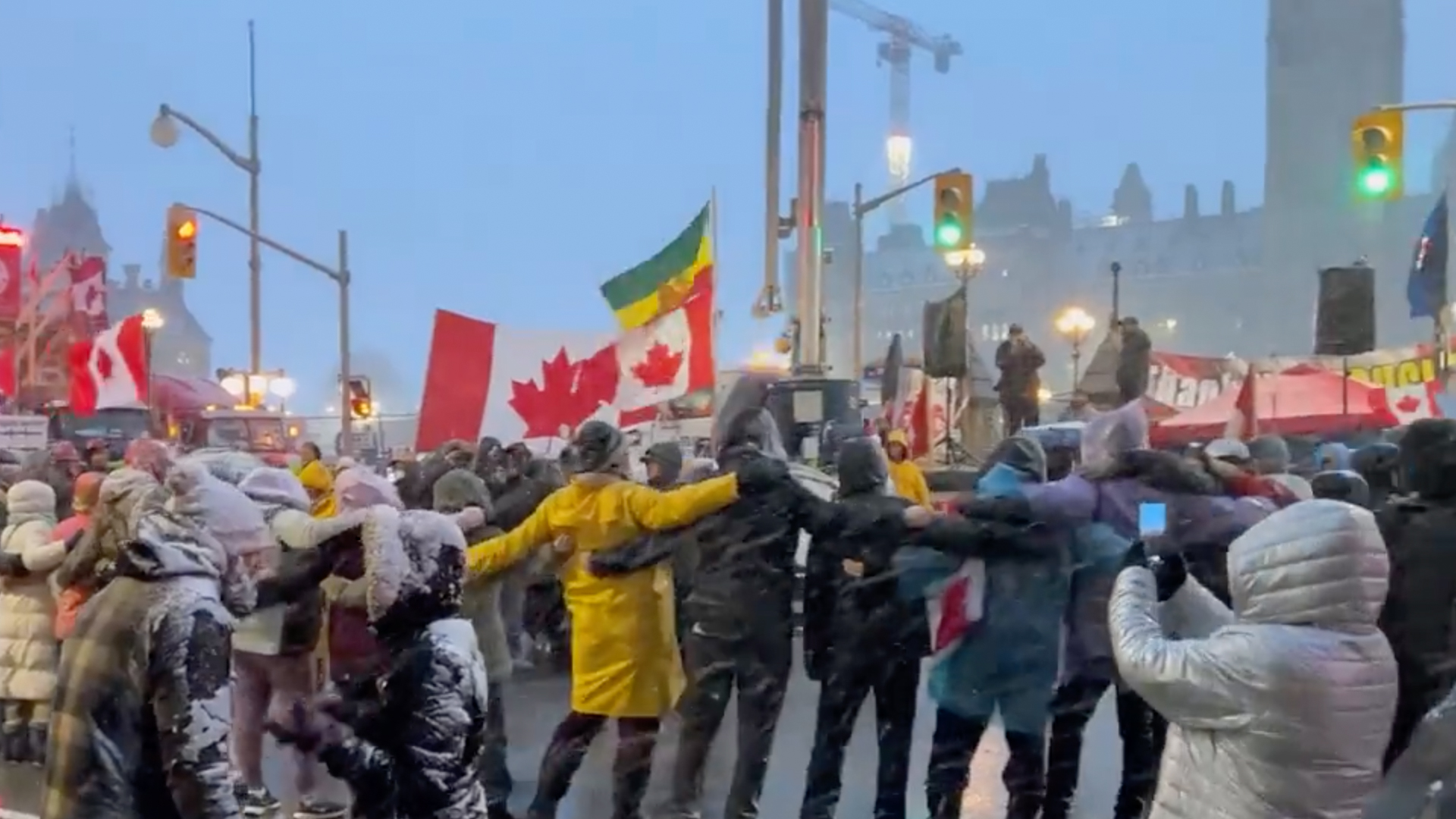 On Thursday night, protesters in the nation's capital remained peaceful after the arrests of convoy organizers.

"come out here and fight for your freedoms, if you lose your chance now, we have no Canada."@lincolnmjay while live spoke with a group of Sikh brothers from Toronto who came to feed the truckers in Ottawa in support of their movement.

We are hearing reports of arrests being made in relation to the truckers convoy. As of right now, truckers and supporters remain on scene throughout Wellington St in Ottawa. https://t.co/8hpC710hZK pic.twitter.com/BzRIIyjjDk

LIVE IN OTTAWA: PARLIAMENT AFTER SEVERAL ARRESTS MADE IN RELATION TO TRUCKERS CONVOY https://t.co/VIn5On58ac

A livestream to Twitter by Rebel News reporter Lincoln Jay on the ground in Ottawa Friday morning shows hundreds of heavily equipped police officers amassing in the nation's capital.

LIVE IN OTTAWA: POLICE MOVING IN ON TRUCKERS CONVOY https://t.co/PAoRmGOOhM

BREAKING: Police are moving in on the truckers convoy.https://t.co/8hpC710hZK pic.twitter.com/PwE4Znz5jn

Though police are gathering to enforce the Emergencies Act, invoked by Prime Minister Trudeau on Monday to end the three-week-long convoy protest against remaining COVID-19 restrictions, protesters at Parliament Hill remain peaceful.

Protestors and supporters remain on scene in-front of the parliament of Canada. https://t.co/8hpC710hZK pic.twitter.com/o0x2wtQKjs

The Emergencies Act, never used before, gives extraordinary powers to police and authorities to seize bank accounts, property, children and pets of those participating in “unlawful” protests. The maximum penalty for contravening the Act is five years incarceration.

Lincoln has been on the ground to cover the convoy since it converged on Ottawa. To see his coverage and support his independent journalism, please visit ConvoyReports.com