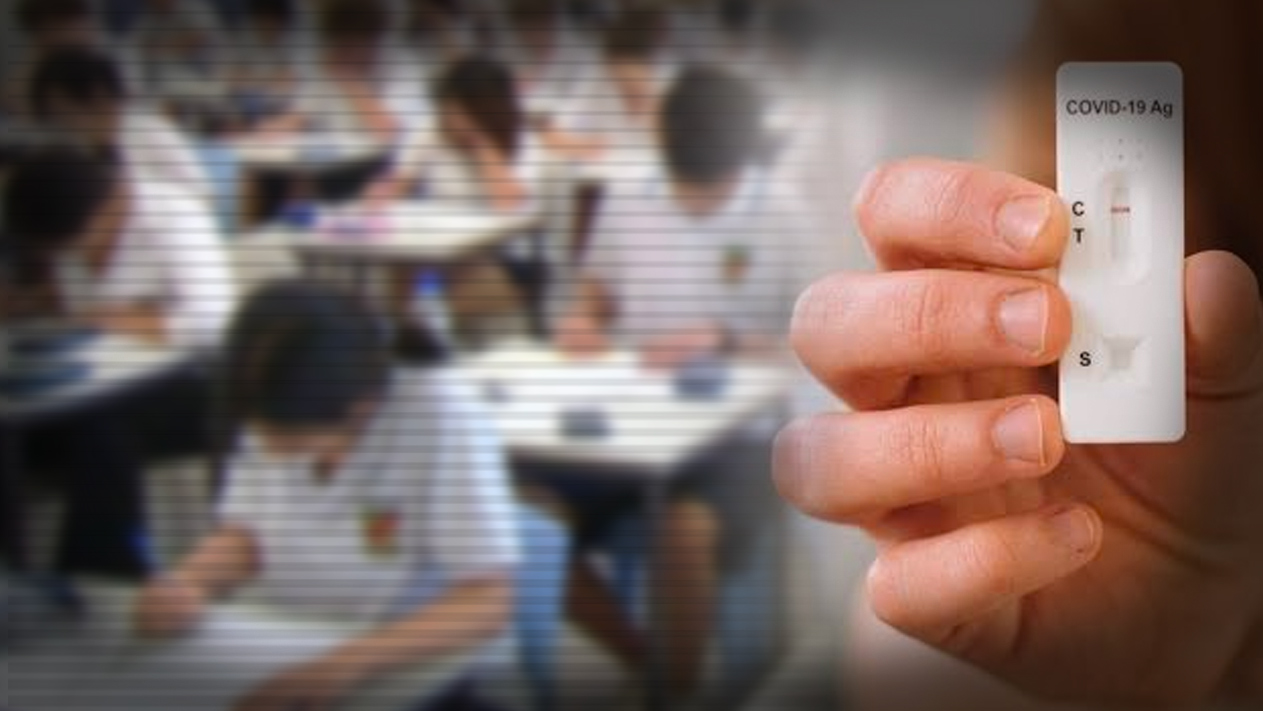 Kids in Victoria and New South Wales are about to return to school, but Covid regulations and testing schedules are set to turn the whole experience into a nightmare for parents and teachers.

Despite all the drama surrounding Rapid Antigen Test (RAT) shortages over the last month, and health orders put into place to restrict their sale, children will be expected to take a RAT test twice a week. This means that 6.6 million RAT tests are on their way to 3,000 schools in New South Wales with the rest of the 14 million being distributed in Victoria.

The plan devised by both state governments will see state supplies of RATs sent home to students. If one of the tests comes back positive, parents are required to register that result with authorities and the school before sending the child into isolation at home.

Staff will also be required to test themselves regularly.

“That surveillance testing is all about detecting cases, not necessarily every case, that would be almost impossible given the amount of transmission that is in the community,” said Victorian Premier Daniel Andrews. “But it’s about finding as many cases as we can and shutting down those chains of transmission.”

Considering that it is well known that Omicron is less dangerous than Delta, and children have the lowest risk of harm from any age group – experts are asking if this type of testing is excessive, given that other adults in the state require RAT tests for work.

Some parents are not happy with the idea of repeatedly testing their children – particularly young children – with one mother in New South Wales saying, “It’s traumatic for my autistic kids every time. No preparations for kids with disabilities.”

And while many are worried about the impact on their children from undergoing so many tests, other parents on social media pointed out that there was no way to prove that other parents were abiding by the testing schedule, rending the health order pointless.

RATs are a limited (and expensive) resource.

Questions have been asked of the New South Wales Education Minister Sarah Mitchell about whether there were any safeguards in place to stop parents hoarding their children’s RAT tests for personal use. At present, the state governments have laid out an honour system to trust parents to use the RAT tests on their children and not themselves.

“Yes, it is [an honour system for parents]. We’re relying on families to use these tests, and I think they will,” Mitchell replied when interviewed by ABC Radio. “I think parents will welcome having that extra tool you can use to keep kids safe. I’m really confident parents will use them in the way they’re intended.”

Victorian Minister for Education James Merlino also said that he had faith in families to abide by the instruction.

State premiers also want children in Year 3 and above to wear masks while at school – an unpopular move with parents concerned about the long-term effects of mask-wearing on their children’s learning experience.

“We need to make sure that we have kids back in the classroom in a safe way, and I think the work that has occurred right here in our state [New South Wales] with the Department of Education, it has been a significant effort,” said New South Wales Premier Dominic Perrottet.

He was addressing concerns that another group of parents do not want to send their children back to school at all because they have not had three shots of the vaccine.

Even New South Wales Chief Health Officer Kerry Chant – who has been among the keenest to impose harsh Covid health orders on the population, has come out in favour of face-to-face learning for children.

“We are calling upon all parents to ensure that any children with symptoms are not sent to school. We are likely to see some transmission in schools, but the strategies that have been put in place by [The Department of] Education, in conjunction with [The Department of] Health, are strong.”

This divide has left state premiers in a difficult position, trying to cater to the demands of two mutually exclusive groups or parents.

Meanwhile, Victoria pushes forward with its mask and vaccine mandates for staff – insisting that three shots will be required for staff to keep their jobs. At the same time as Daniel Andrews announcing retired teaching staff will be brought in to fill the shortages while classes are combined, unvaccinated teachers who were sacked will not be rehired.